weeSpring co-founder and CEO, author of 'Here’s the Plan' 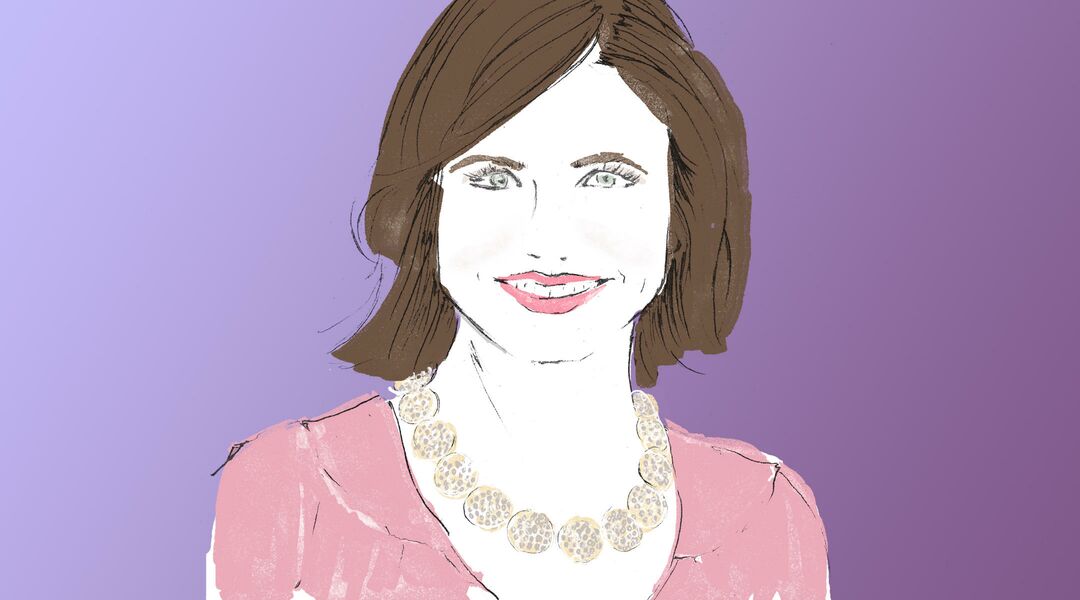 It was a lemonade-from-lemons moment: In 2012, while pregnant with her first child and working on Wall Street, Allyson Downey thought she was on track to have it all. “I was certain I was not going to be slowed down by my pregnancy,” she says. Then came the news that hers was high-risk, and her doctor recommended that she spend the remainder of her pregnancy off her feet, which didn’t go over well with her company. Downey ultimately resigned, frustrated and angered by what she saw as blatant pregnancy discrimination.

The experience led Downey to embark on a new, more rewarding career: launching weeSpring in 2013 as a source for young moms to swap recommendations for the best baby products on the market. Often called the “Yelp of baby gear,” weeSpring is on a mission, Downey says, “to close the gap where people share, like on social media, and where they shop.”

Though Downey and her husband, who now have two kids, eventually traded New York City skyscrapers for the decidedly more laid-back mountain views of Boulder, Colorado, that doesn’t mean Downey herself has slowed down. After getting weeSpring off the ground, she published her first book in 2016: Here’s the Plan, a guide for women looking to advance their careers while starting a family. She has also taken on an advocacy role, talking with companies about how to make the workplace kinder to moms while avoiding things like benevolent discrimination.

For Downey, navigating between dual roles as a CEO and an author is mostly seamless: “The unifying theme between [weeSpring and the book] is trusted advice for parents, whether it’s advice on what you need for a baby or advice on how to handle your career after having children.” 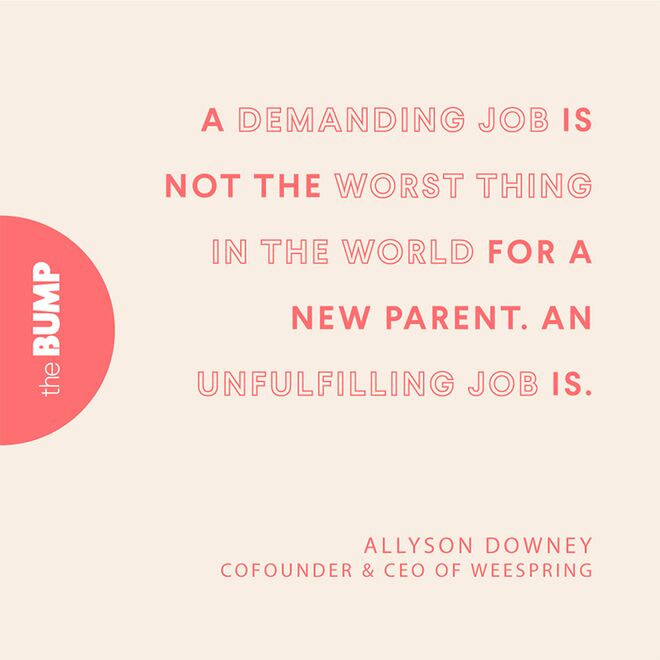 “When you’re having a child for the first time, all of a sudden you’re in this new consumer category with brands you’ve never heard of and products you’ve never used. There are all these emotional things wrapped up in it, like, ‘If I buy the wrong pacifier, is my kid going to have orthodontics problems?’ Parents ultimately just want advice from their friends. So we built weeSpring to make it easier, because there’s no advocate like a new parent who has found something effective for their child.”

It’s (Not) All About Balance

“I am reluctant to use the word ‘balance,’ which makes me think of someone on a tightrope carrying one of those big bars you see in cartoons. On one side there’s a bucket for work, and on the other side there’s a bucket for family, and you’re trying to keep them in perfect balance all the time so that you don’t fall off the tightrope. But I think balance is achieved over much longer stretches of time; it’s cyclical.”

“I didn’t want to read a book about baby gear, let alone write one. I started to think about what kinds of information women who were having babies weren’t getting—that everyone talks about your baby, and your preparations for your baby, but no one is talking about the life that’s going on outside your body. And that life is your own life and your fulfillment, happiness and satisfaction.”