Months of paid leave and inexpensive top-notch day care are just a few amazing benefits enjoyed by moms and dads across the globe. 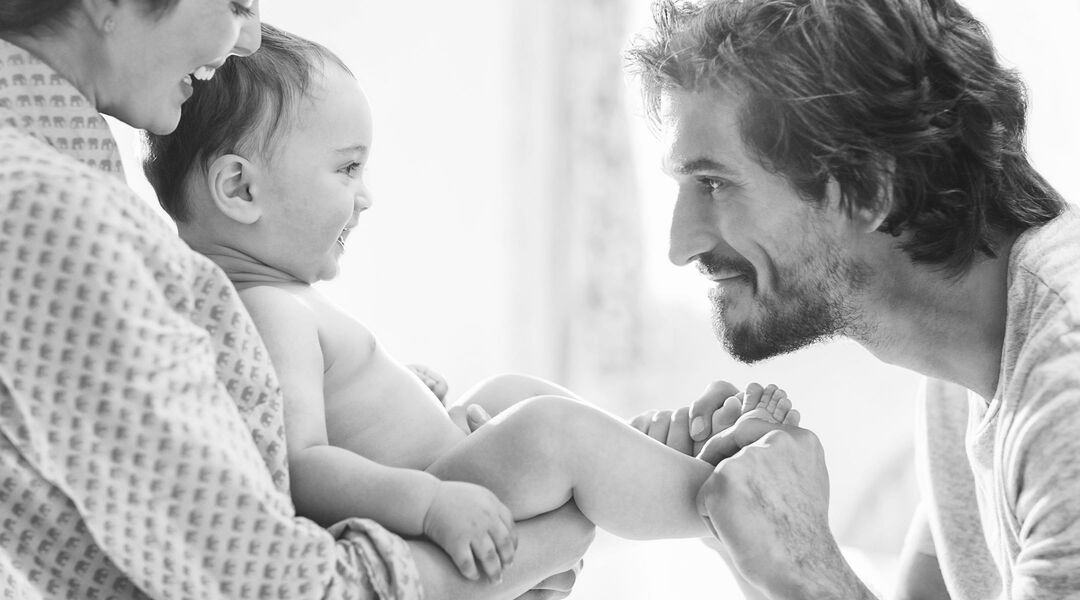 It’s not just pastries the Danes do well. Denmark ranks as one of the top countries for working moms (85 percent of moms go back to work after baby, compared with 73 percent in the US), and it likely has something to do with the great access to government-funded day care. Between the ages of six months and six years (when public school begins), all Danish children are guaranteed a spot at a child care facility, many of which offer extra benefits like art classes, field trips and even hot, homemade meals. The lower your income, the less you pay, but the government covers at least 75 percent of the costs for everyone, and there are generous sibling discounts too.

The Finnish government may not get invited to any baby showers, but they still like to send along a generous gift. In fact, for over 75 years, every infant born in Finland has received a present from the government: a sturdy cardboard box filled with newborn essentials like diapers, bedding, gender-neutral clothing, bath supplies and winter gear (a must for any Nordic newborn). There’s even a few things tucked in for mom and dad too, like nursing pads and, since breastfeeding totally does not count as birth control, condoms. And the box also comes with a mattress, so parents can instantly convert it into a safe sleeping spot for baby. How cool (and slightly weird!) is that?

Leave it to the French to make sure mom and her health are taken care of postbirth. As part of a program called “la rééducation périnéale," the government pays for 10 to 20 physical therapy sessions to help strengthen new moms’ pelvic floors and tighten up ab muscles. (Even an uncomplicated vaginal birth can wreak havoc on a woman’s pelvic floor, causing consequences like painful sex and urinary incontinence.) The rehab, which goes way beyond Kegel exercises to include things like biofeedback therapy, readies French women for sex after baby as well as for subsequent pregnancies—so it shouldn’t come as a surprise that France has long enjoyed one of the highest birth rates in Europe.

American women are considered #blessed if their company offers just 12 weeks of paid leave. But in Sweden, families get a whopping 480 days (that’s about 68 weeks!) for each new baby. And, during that time off they typically receive 80 percent of their original salary. Of this time, each parent is entitled to use up to 240 days if they choose, but 60 days are reserved for each parent and are non-transferable. And talk about flexible: Parents have until the child turns eight to take the paid leave. Sweden’s neighbor Norway is similarly generous: The government gives parents 49 weeks leave at full salary or 59 weeks paid at 80 percent. Now who’s ready to move to Scandinavia?

From that first box of diapers to yet another pair of shoes, kid-related expenses can seriously add up. So Germany likes to help its parents out with a delightful-sounding word called kindergeld. It refers to a no-strings-attached monthly allowance that the government pays parents simply for bringing their children into the world. The stipend, which families receive until kids are at least 18 (or up until 25 if they’re enrolled in school), starts at approximately $200 for one child, goes up to about $860 for four and continues from there. But Germany’s not the only country with cash-for-kids benefits: Singapore and Canada dole out cash as well.

Iceland can brag that it has one of the world’s most generous paternity leave policies. By 2016, every new mother and father in Iceland [will each be offered](http://thjodmalastofnun.hi.is/sites/thjodmalastofnun.hi.is/files/skrar/eydal_and ___gislason-paid_parental_leave_in_iceland-2012_dvelopmen ts-1.pdf) five months off following the birth of their child, as well as two months that they can split with their partner, for a total of 12 months per family. (The government has been slowly increasing the total leave time since 2013.) If a parent doesn’t use the time specifically given to him or her, it’s lost, which means that Icelandic dads take more time to bond with their babies than their counterparts in other countries.

This island nation off the southeast coast of Africa might be tiny but it’s big on education. The Mauritius government offers free schooling as well as transportation to all students starting in primary grades (age five) and continuing all the way through college. It’s no wonder their education system is often referred to as "the Mauritian miracle."

No one understands how difficult time management can be quite like a mom who’s working outside the home and trying to breastfeed. In Chile, nursing moms are legally required to have six months of paid maternity leae, and once they return to work, have a paid hour each day to help them juggle their schedules: Some choose to come to work an hour later (or leave an hour earlier), others take two 30-minute breaks during the day to pump milk or even go home to feed baby in person.

Lots of US moms aim to work up until the very last possible minute, so they can save all their leave for baby, but with so much to think about and do in that final stretch it can be a bit stressful. Lucky moms-to-be in Croatia can breathe much easier since the employee policy in their country requires them to start maternity leave 28 days before their expected due date. And in certain circumstances, leave can even start up to 45 days prior!

What’s at Stake for Moms This Election? We Asked Chelsea Clinton