Will Twilight fever finally end, or is it here to stay? Top baby name experts spill all… 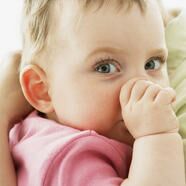 For most newbie parents, the search for a unique and yes, perfect, baby name has become serious business. After all, nobody wants their tot to be just one of five other kids to have the same name on the kindergarten roster. (As a Caitlin born in the ’80s, I totally get it.) Wondering what names are going to be topping the charts in 2011? We asked baby name experts Jennifer Moss of BabyNames.com and Pamela Redmond Satran of NameBerry.com to share their predictions.

*_Names ending in “son” or last names as first names
*_Expect to see lots of Masons, Graysons, and Jacksons at Mommy & Me next year. Even celebs are hot on this trend: Kourtney Kardashian was ahead of the curve by naming her son Mason Dash last December, and Pink recently announced that if she has a boy, she’ll be calling him Jameson (so what if it’s to pay tribute to her favorite whiskey?). The “-son” craze is all a part of another growing trend to watch for in 2011: First names that double as last names (think: Blake, Graham, Carter), which makes us a little worried that some MJ überfan will combine the two trends and name his son Jackson Jackson.

*_Classic femme or gender neutral
*_Our experts say moms and pops will continue to ditch the trendy, of-the-moment names in favor of classic, feminine ones like Olivia (one of the chart-toppers in 2010). Expect to see more and more Amelias, Isabellas, Madelines, Natalies, Charlottes and Genevieves running around. Primed to be maybe the most popular name next year? Sophia/ Sofia. But that’s not to say that mamas with modern flair won’t stake their claim this year — gender-neutral names like Addison and Avery should still be going strong, too. One thing’s for sure — we won’t be seeing too many middle-of-the-road names like Laura or Karen for awhile.

*_Literary names
*_The classic-literature trend is just getting started, and we’re happy to report that mamas will be paying tribute to some of our favorite heroes and heroines from high school English class. Watch for a surge of baby monikers inspired by 19th- and 20th-century lit. (Think: Scarletts, Holdens and yes, probably more Emmas.)

And nope, the Twilight-series-induced mania won’t be ending anytime soon. (Twihards, rejoice. For the rest of you: our apologies.) But instead of more Edwards and Bellas running around (two huge names in 2010), our expert Jennifer says other characters will be the inspiration in 2011 — names like Rosalie, Esme and Emmett.

Nickname-friendly monikers
According to Pamela, parents will start thinking more about possible future nicknames when choosing a name. She predicts a rise in names that are sophisticated but lend themselves to cute nicknames — like Louise ( Lou) and Caleb (Cub).

British invasion
Not so surprisingly, baby name experts are anticipating “ Kate” to top the charts next year among the Brits — which has us wondering if royal wedding fever will cross the pond and have us seeing more Kates Stateside, too. Hmm…

Need more inspiration for the perfect baby name? Check out our naming tool, The Bump Baby Namer, for more great ideas and thousands of options.