Our predictions for the biggest baby names of 2013. Look out for these trends!
Save article
ByElena Donovan Mauer
UpdatedJan 2017 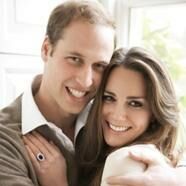 *Green names
* Color authority Pantone recently announced that its color of the year for 2013 is emerald, and we’re sure to see shades of green in fashion and decor in the coming months. Just think what lovely green-inspired names this is likely to inspire: Hunter, Kelly, Jade, Fern, Olive and Forest.

*State names
* We’re no strangers to babies named after cities — we’ve all heard of kids named Austin, Paris, London, Brooklyn, Dallas and Charlotte. But we expect _state _names to hit it big in 2013, after Reese Witherspoon named her baby boy Tennessee. Wouldn’t Georgia, Virginia, Carolina, Montana or Indiana be a cute baby name?

*Royal family (and royal in-law) names
* Kate Middleton and Prince William are going to have a baby in 2013 (yay!), and they’ll likely name the heir to the throne a traditional royal name, such as George, Albert, Arthur, Victoria, Elizabeth or Anne. The rest of the world, though, will surely be inspired by the not-so-traditional names in the royal family. Expect to see some little Pippas, Harrys, Dianas and Spencers running around as all eyes are focused on the famous Brits.

*Nickname-style names
* Another celeb who’s set to give birth in 2013 is Cougar Town actress Busy Philipps, who already has a daughter, Birdie. Busy and Birdie are such cute names (which strike us more as nicknames), and we’re hoping the baby-to-be has a similarly whimsical moniker. More parents are sure to follow suit with names such as Wren, Rosie, Sunny and Rocky (Sarah Michelle Gellar and Freddie Prinze Jr. named their baby Rocky!).

*Sandy and other S names
* Did you know that K names rose in popularity after Hurricane Katrina? Experts say that repetition of a big storm’s name during and after an event puts that name — and the way it sounds — in the forefront of people’s minds. That’s why we’re predicting lots of S names in 2013. And maybe even a surge in Sandys and Sandras. After all, what were all those people cooped up at home during the storm doing? We’re willing to bet that a bunch were making babies.