Our year-end roundup of the best baby names of 2011. These cool names might just steal the spotlight from 2010’s popular names, like Emma and Jacob. 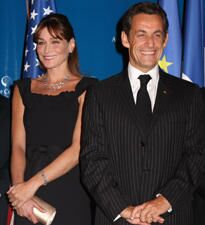 We’ve seen a huge surge in popularity for this literary-inspired girls’ name (one of the most famous Harpers is To Kill a Mockingbird author Harper Lee). Celeb parents like Neil Patrick Harris, Dave Grohl and, most recently, David and Victoria Beckham have all given the name to their daughters. It’s unique, but distinctly feminine.

Okay, some might doubt us on this one, but we love it because it reminds us of old Hollywood. Picture a little baby in a (non!)smoking jacket, singing Sinatra tunes — it’s cute, right? Props to Kate Hudson and her fiance, Matt Bellamy, for the inspiration.

We love the Italian version of the classic name Julia. If you want to give your baby a unique name, but don’t want to get into crazy territory (like the names that made our Worst Baby Names of 2011 list, a different take on a traditional name is the way to go. Plus, the first couple of France, Nicolas Sarkozy and Carla Bruni, just named their newborn daughter Giulia — a clear sign it’s Parisian-chic.

Natalie Portman didn’t disappoint when it came to baby naming. She and her fiance, Benjamin Millepied, gave their son the ancient Hebrew name Aleph, which is the first letter of the Hebrew alphabet. With tons of modern names out there, it’s nice to see a classic and cultural name in the mix.

After the royal wedding, a star was born — and we’re not talking about Kate! Sister Pippa won everyone over (including most of the world’s male population) when she walked down the aisle as maid of honor. Pippa’s actually a nickname for Philippa, but we think it works well by itself too. It’s safe to say that this name will be trending for years (or as long as Pippa Middleton stays in the tabloids!).

Knox has been steadily trending since Brad Pitt and Angelina Jolie named one of their twins Knox Leon. In the 2010 Social Security baby names rankings, Knox had climbed 246 spots in the past year. We’re guessing it’ll be even more popular this year — and why not? It’s a strong name for a boy; plus, it’s got a little of that southern twang.

Rumor has it (sorry, we couldn’t help the pun!) this name’s becoming a huge hit for baby girls everywhere. Most likely inspired by the talented British songstress, the name has been around for centuries, and we’re glad it’s making a comeback.

We’re digging this baby name, and it doesn’t hurt that fashionista Rachel Zoe recently named her baby boy Skyler. This one’s modern and trendy, but we’re thinking it won’t go out of style any time soon. Bonus: It’s gender neutral!

Remember when the name Emma got a huge boost in popularity a few years ago (maybe it had something to do with Ross and Rachel’s baby on Friends!)? Well, Gemma might be a good choice if you’re looking for something similar but you don’t want your baby girl to be the fifth person in her class named Emma. The name, which means “jewel” or “gem” in Latin, jumped 114 spots between 2009 and 2010 in Social Security’s baby names rankings. It’s already got a growing celeb following: Sex and the City star Kristin Davis just named her adopted daughter Gemma Rose!

We can’t resist Flynn Bloom’s (son of Orlando Bloom and Miranda Kerr) chubby cheeks, just like we can’t resist his unique and adventurous name. It reminds us of old-Hollywood action star Errol Flynn. Maybe we’re a little biased because we think Flynn’s one of the cutest celeb babies around, but we’re betting that this name will climb the popularity charts next year.