Breast Milk Flavored Lollipops: Would You Try It? 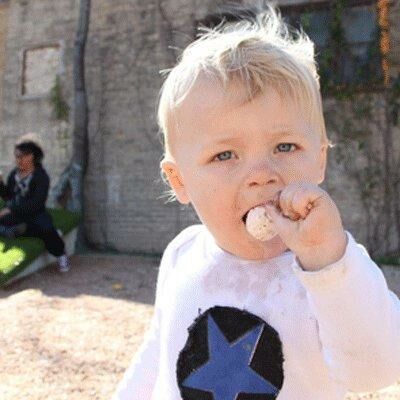 On a super hot day, have you ever thought to yourself, “I really wish I could give baby a breast milk flavored lollipop to cool him down?” If you have, you’re in luck! (And if you haven’t, well, congrats! Now you’ll never have to think of it again.) A company in Austin, Texas, called Lollyphile has whipped together and is now selling Breast Milk Lollipops.

The pops are intended to mimic the flavor of a mother’s milk and according to the company, they’ve done their research when it comes to making the flavors sync up. Numerous moms, the Lollyphile’s said, came forward to share their breast milk with the company’s flavor experts to make sure that the pops came as close to the real deal as possible, until they were able to turn the breast milk flavor into a candy. Modern marvels, I’ll tell ya!

Here’s the description on the Lollyphile website about the flavor:

“So, what’s happening is that suddenly it seems as though a lot of our friends are having babies. And since some of us are confectioners, we felt it was our responsibility to find out just what this flavor was that could turn a screaming, furious infant into a placid, contented one. Surely the flavor must be heavenly, yes? We are endlessly grateful to all the mothers who kept sharing their breast milk with our flavor specialists until we were able to candify it. These lollipops won’t bring back childhood memory; they’ll bring up animal instinct. Quite possibly the most inherently satisfying flavor of all time.”

The best part? You can use the discount code MAMMALS at checkout for a bonus discount!

Now, for the burning question on everybody’s mind: just why would a lolli company ever come up with the idea to make a breast milk flavored pop? Aside from the sheer genius of the idea (who else in the industry is asking moms to come forward with a share of the breast milk?), the owner of Lollyphile, Jason Darling, said, “I don’t know if it’s because I’m getting older, but it seems like all of my friends are having babies these days… Sure, the kids are all crazy cute, but what slowly dawned on me was that my friends were actually producing milk so delicious it could turn a screaming, furious child into a docile, contented one. I knew I had to capture that flavor.” And there you have it, folks! I actually love that the creators and Lolly-team has such a sense of humor about the pops they’re making (especially these breast milk flavored ones) — regardless of whether or not they’re actually tasty, kudos for the team for keeping it light and fun!

While the actual pops don’t contain any actual breast milk, they do stand by the statement that they’re as close to real breast milk as it gets. The company even maintains its own sense of humor, joking that in order to mass produce enough breast milk to make their creamy, delicious treats, they’d have to have “armies of pumping women” and when it comes to pumping, no offense — but baby takes first priority!

When asked about the breast milk flavor (and the other funky flavors) they sell, Darling said, “Any company can make up nostalgic flavors. We’d like to think that we’re tapping into a flavor our customers loved before they even knew how to think.”

Moms, would you ever try a breast milk flavored lollipop? Would you give it to baby?