Celeb Royalty: What Will These Mini Celebs Look Like? 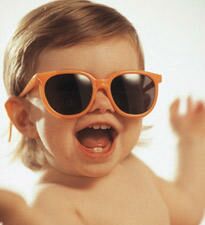 Over here at TheBump.com, we’re a bit celeb-obsessed. Okay, maybe we’re no Perez Hilton, but we do love a bit of star gossip. So with all these baby bumps on the red carpet, we have to wonder: Just what are these little ones going to look like?

Newly married couple Lily Allen and Sam Cooper announced their pregnancy on the day of their wedding on June 11. With a singer mom and a painter dad, this kid is creatively destined, don’t you think?

The _Mad Men _star announced her pregnancy in April, with only speculation as to who the baby daddy is. So naturally, we used Jon Hamm, aka Don Draper, as the dad. Because showbiz is reality, right?

These two announced in April that while not a couple, they are indeed expecting a bundle of joy. Really, we’re just imagining Rod Stewart as a grandfather. Lucky kid! (But they might want to rethink the hairdo.)

In May, this recently married couple announced they were expecting! With parents like these, this babe will surely be a megababe. (C’mon, we couldn’t resist a _Wayne’s World _joke.)

Joining big sister Madison (age 15) and brother Rocko (19 months), this little one is expected to arrive in the fall. We’re just wondering how in the world you would rebel with a father like Knoxville — go into finance?

Another baby will join big sister Alice (age 5) to round out this family. Insert “bossypants” pun here.