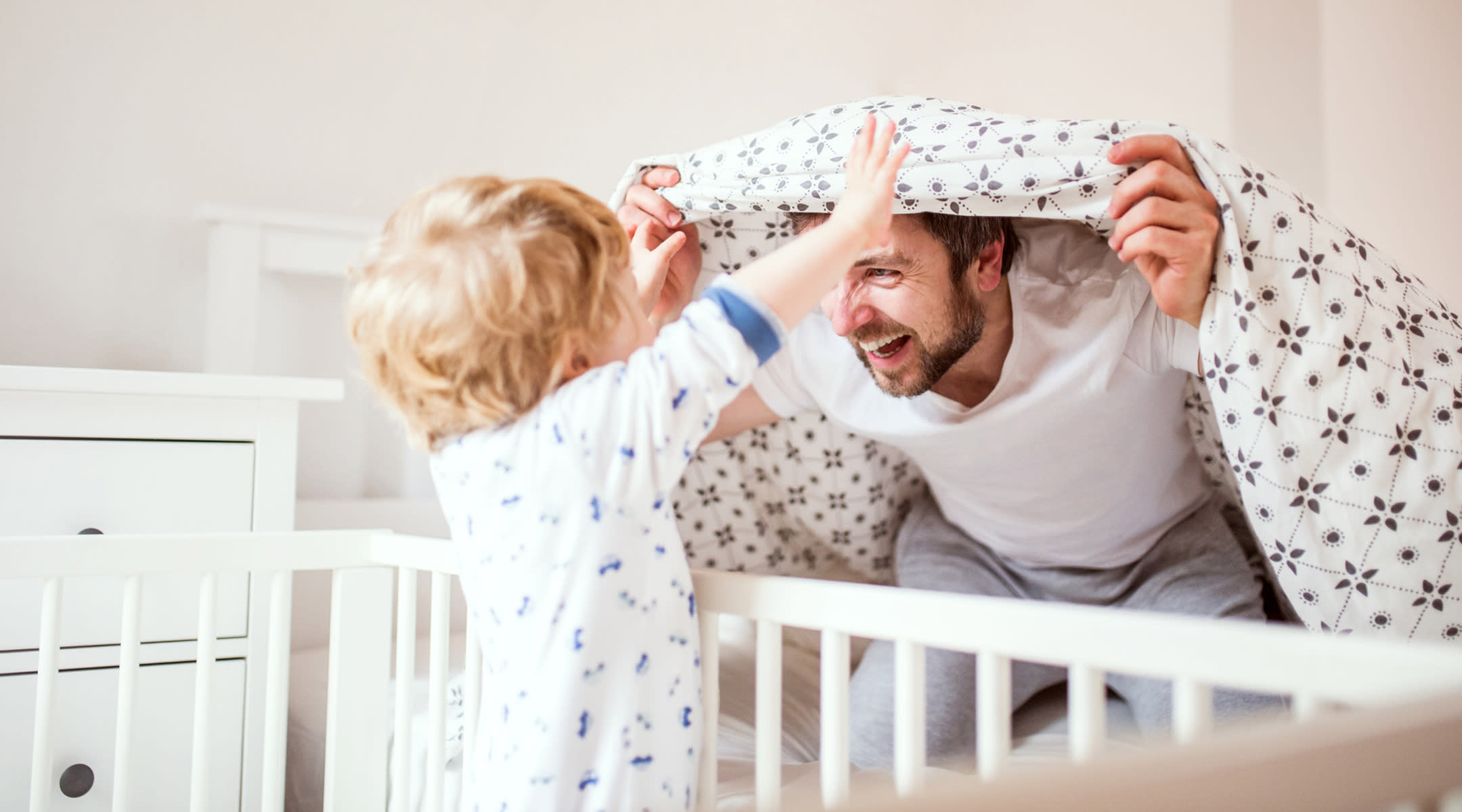 19 Times Parents Proved They’ll Do ANYTHING for Their Kids

We can’t stop laughing at these relatable moments.

Even when sleep is a distant memory, parents still manage to muster the energy to do unexpected and over-the-top things to keep their kids happy and healthy. Dancing for hours on end to “Baby Shark”? Been there, done that. Sucking out snot through a tube? Check. Yet despite how far you’ll go for your kids, there’s a chance you might be inadvertently putting them in danger. In fact, a study by NHTSA showed 46 percent of car seats were misused in some way. Children require different types of car seats as they grow—and it’s important to make sure they’re installed correctly in your vehicle. So if you’re willing to stay up late bouncing baby on a yoga ball and singing “99 Bottles of Milk on the Wall” (yeah, I did that), you should be up for doing whatever it takes to keep them safe in the car. Find the right car seat for your child at NHTSA.gov/TheRightSeat, then read on for real stories about parents’ craziest moments with their kids.

“When my baby is super fussy, I open our pantry closet and shake everything. He loves it!” —Kari S., Greensboro, NC

“At a mother-son bingo event, the school principal offered a prize to the first team to run to the front of the auditorium and do the Floss. I knew this was my chance to make my bored son happy. Without hesitating I grabbed my son’s hand and sprinted to the front, and we Flossed our little hearts out.” —Lauren T., Red Bluff, CA

“My husband did throat-singing when our baby was teeny to make him stop crying.” —Carmen C., Columbia, MO

“I never thought I’d transform my house into Harry Potter world (and my extended family into the characters!) for my son’s birthday parties. I also never thought we’d dress up in Halloween costumes that only make sense in the context of our kids’ costumes. Like when my son wanted to be an ant, and my husband dressed as a picnic table!” —Alexandra F., Chicago

“I held my one-year-old on my shoulders forever, just so he could pull the cord to the ceiling fan over and over.” —Erica J., Austin, TX

“I gave up dairy and some of my favorite foods so I could breastfeed him without bothering his tummy.” —Jessica H., Downey, CA

“I once did the ‘mom rock’—yep, you know the one where you sway side to side—for my 16-month-old for three solid hours on a flight from Boston to Dublin, while standing and chatting with a flight attendant. My little boy wouldn’t sleep otherwise. Oh, and he didn’t want to have anything to do with my husband, so it was all on mom.” —Suzanne B., Austin, TX

“With two kids under 4, I get called to the bathroom nonstop to wipe butts. Booty calls meant something different before kids!” —Amber F., Hilton Head Island, SC

“I still remember the May 2012 Time magazine cover with a mother breastfeeding her 3-year-old son on the cover and thinking that I would never breastfeed for that long. Well, I was dead wrong. My daughter turned 3 earlier this year and shows no sign of weaning.” —Betty B., Austin, TX

“I’ve looked under the bed, in the closet and behind the dresser for monsters five times before saying goodnight; and read a Dr. Seuss book so many times that I memorized the entire thing—then recited out the wacky rhymes to make my kids laugh when they’re upset!” —Heather B., Denver

“I never imagined that I would encourage someone to watch me use the bathroom. Ever. But we are potty training, and sometimes there’s no better way to teach than giving a real live demonstration, even if it feels like the most bizarre thing you’ve ever done!” —Carly C., Alberta, Canada

“When my son was 3, he was really into naming the states of the US. One particularly rough night, he was screaming his head off after a bad dream, and we sat on the couch in complete darkness at 2 a.m. reciting the states in alphabetical order.” —Denise A., Burlingame, CA

“Without a doubt, the craziest and hardest thing I have done for my kid was exclusively pump for 10 months straight. I say this because there is no other reason to voluntarily hook yourself up to a torture machine eight times a day around the clock (while your baby is sleeping) other than because of love. I never thought I would have had the strength or will to do such a thing before I became a parent.” —Elizabeth P., Louisville, KY

“I rode in the back seat despite being horribly carsick during an entire road trip just to be able to continually press the button on my son’s lovie that sings and vibrates, which would keep him from crying.” —Nicole H., Littleton, CO

“One of the most ridiculous things I’ve done as a parent is ‘clean’ my daughter’s pacifier by putting it in my mouth—because I didn’t have any baby wipes or water on hand. I even did so after it fell on city pavement. Gross, I know!” —Liz J., Philadelphia

“Before I had kids, I never thought I’d make a separate meal for my extremely picky son at dinner. I thought that I would make one meal and my children would eat what I made or they would remain hungry. However, I quickly learned that my son would not eat most food items I prepared for dinner. Battles ensued… I decided that an enjoyable family meal was more important than forcing him to eat the food he disliked.” —Colleen W., New Albany, OH

“I drank almost an entire bottle of prune juice, hoping my milk could help her poop. It didn’t work for HER….”—McKenzie R., Wichita, KS

If we can do all this for our kids, then it’s really no big deal to make sure they’re safe in the car—especially knowing that motor vehicle crashes are a leading cause of death for children under 13. Check out NHTSA.gov/TheRightSeat to compare car seats and find the right seat for your child. It’s totally worth the (very little) time and effort. We’ve done crazier things!

This Cute 2-Year-Old Can Name Every Single Dinosaur: Watch

Kids Explain Where Babies Come From