11 Hours Into Fatherhood: 'I Can't Remember Who I Was Before'

The Daddy Diaries author proves that parenthood changes you immediately. 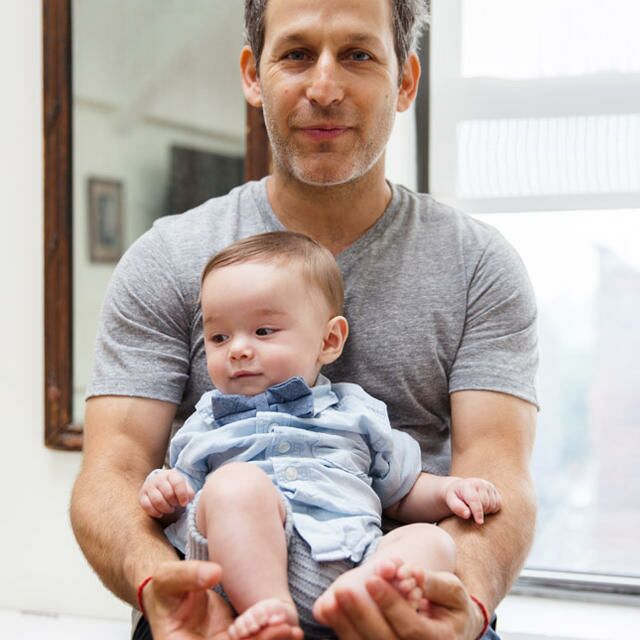 We had, of course, been warned that giving birth can be an ordeal, but Michelle was weirdly serene and the whole thing happened in a blur. The baby emerged after 30 minutes of pushing. He has a thick head of wavy golden hair. Lev means heart in Hebrew, and Sonam means merit or golden in Tibetan. So his name means golden heart or fearless merit.

When Michelle was pregnant, friends kept asking me how I felt about impending fatherhood. I always said the same thing: I feel like I’m sitting at the top of a roller coaster. I don’t exactly know what’s going to happen, but I know it will be a fast, scary, thrilling ride.

Even when you know a baby is going to be born, nothing can prepare you for the gut punch, the way you see stars, the rush of blood. The nurse handed my son to me, and tears popped out of my eyes, because this small, purplish-yellow little gerbil covered in goo was staring at me with a look in his eyes that said, “Don’t just stand there you idiot, do something.” 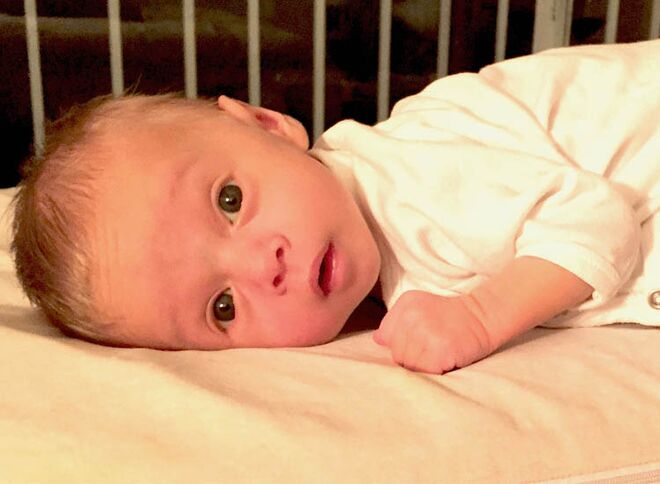 It was a moment of thunderous intimacy. I had never before been so needed by another human being. He wasn’t asking me to feed and protect him, I just understood that it was now my job, my calling, my pleasure. I was now completely responsible. My childhood and adolescence—which had already been extended several ridiculous decades too long—was over, and something new and uncharted was beginning.

It was like stepping into my father’s suit, and seeing how it fit and how it didn’t. Or getting behind the wheel of a car for the first time and wondering whether your feet will really reach the gas pedal, and then, in that instant your sneaker makes contact with the pedal, the question is gone: you are in motion, the world around you is a blur.

When it came to becoming a father, in my circle of friends I was the last man standing. At age 49, I feel ancient, far too old to be starting the journey of fatherhood. Why did I wait so long? A therapist, my mother, and several exes might say “fear of intimacy” and maybe there’s some truth to that, but several other factors are at play.

For one thing, throughout my 20s, 30s and 40s, when pretty much all of my friends got married and had kids, I was busy doing something else, which you could call running away from adult responsibilities, but I like to call “having fun.” Perhaps the truth is somewhere in between. Maybe my manic flitting around the world and intense fixation on mastering martial arts, the extreme adventures and extreme workouts, were a search for meaning, or an attempt to fill a void. Anyway, nothing about this lifestyle as a globetrotting songwriter and kung-fu obsessed idiot is impossible once you have a baby. But as anyone who has a kid knows, that life becomes more tricky once there’s a newborn in the picture.

Within a few seconds of being born, Lev awoke me from this life-flashing-before-my-eyes reverie when he yelled a clearly articulated and deliberate affirmation that he was psyched to be alive. He looked at me and shouted, “YEAH!” and I had my first thought as a parent: this goniff just said his first word and he isn’t even a minute old. We have a word in Yiddish that describes the particular pride a parent feels when your child achieves something—nachas. I was only 45 seconds into parenthood, and already I felt like bragging because my boy learned to speak at age 0.

A few other things I noticed about this newly arrived stranger:

And he has a giant set of balls.

Michelle and I took Lev home from the hospital and showed him around the apartment; I explained how to use the toaster and gave him the WiFi password. Then came that awkward moment when you’ve been really looking forward to seeing someone, and then you’re like, “Okay, what do we talk about now?” But the truth is, we were all a little too tired for chit-chat, and other than saying “Yeah,” his vocabulary was kinda shitty.

The next morning, I sat and said Buddhist prayers, staring into my infant son’s steel blue eyes, and I thought of the exhibit at the planetarium: the one where they show you how big the universe is, and how small we are. I looked into the charcoal tips of his pupils and wondered about the edges of space and time, where he came from before he was born, where we go after we die, and how I couldn’t remember who I was before this riptide of love changed me forever.