The head-shrinking birth defect linked to Zika during pregnancy has many moms-to-be living in fear of mosquitos. But some Argentian doctors think those fears are misdirected. 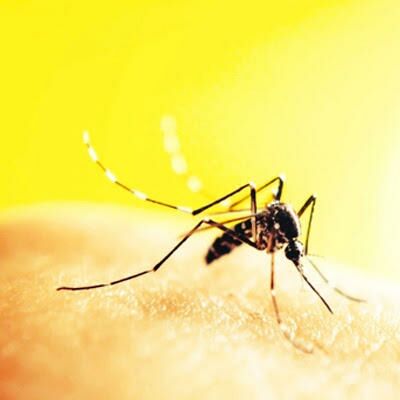 Zika fears have the world on high alert, from pregnant women who live in or travel to infected areas to Olympic contenders gearing up for the 2016 games in Brazil. But a new report says these fears regarding the mosquito-borne virus may be unfounded. A group of Argentinian physicians are more concerned about a toxic larvicide in Brazil’s water, linking that chemical to microcephaly.

A quick recap: For the last few weeks, the World Health Organization (WHO) and Centers for Disease Control and Prevention (CDC) have identified a link between the Zika virus during pregnancy and microcephaly, a condition in which babies are born with an underdeveloped skull and brain. Neither organization deemed Zika a cause of microcephaly. While most people infected with the virus are not even symptomatic, the 20 percent who are typically have a fever, rash and muscle pain—nothing too scary. But babies born to infected women seem to be the outliers; over 4,000 babies have been born with microcephaly in Brazil, the country where Zika has become most prevalent, since October, compared to 150 in 2014.

Those statistics are enough to establish a link. But a group called Physicians in Crop-Sprayed Towns (PCST) is warning us not to think so fast, especially because during past Zika epidemics, there haven’t been any resulting cases of microcephaly.

“Previous Zika epidemics did not cause birth defects in newborns, despite infecting 75 percent of the population in those countries,” their report reads. “Also, in other countries such as Colombia there are no records of microcephaly; however, there are plenty of Zika cases."

Instead, the doctors are placing the blame on a WHO-recommended chemical called Pyriproxyfen, which was injected into Brazil’s water supplies in 2014 to produce malformations in mosquitoes, preventing the development of mosquito larvae in drinking water tanks. This was a government-run project.

“Malformations detected in thousands of children from pregnant women living in areas where the Brazilian state added pyriproxyfen to drinking water is not a coincidence,” the report reads.

No response from the CDC or WHO just yet. For now, the PCST is advising fewer mass sprayings of chemicals like Pyriproxyfen.

“Controlled applications around houses…are useful to decrease the progress of the epidemic, but massive sprayings over entire cities requires an analysis of health costs (damage to human health and the ecosystem) versus health benefits (control and mitigation of the epidemic),” PCST says.

The group’s conclusion: “Mass spraying is not the solution to a problem; it’s merely generating a business within a problem.”