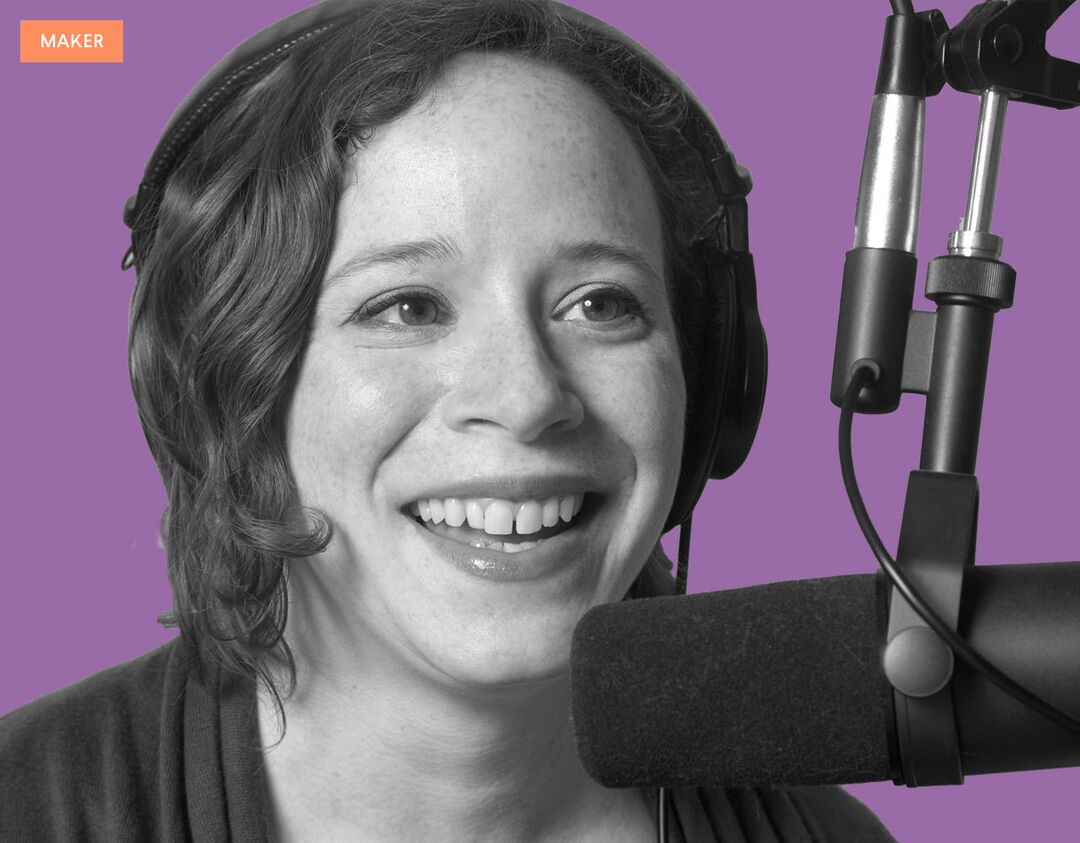 Hillary Frank’s first radio story was created using her parents’ cassette‐tape answering machine and a boom box. That was 1999. Frank, a grad student at the time, sent it off, and it was featured on NPR’s “This American Life.”

Frank continued her career in public radio while producing her own stories on the side. But the 2010 birth of her daughter, Sasha, steered her in a slightly different direction. She started interviewing other moms—some personal connections, others complete strangers—for a podcast about parenthood from her home’s spare bedroom, dubbing the project “The Longest Shortest Time,” a name reflective of the early days that seem to go on forever but are over before you know it.

Initially it was a labor of love, with only 20 episodes produced over the course of its first three years. But a successful Kickstarter campaign helped Frank secure a spot on WNYC’s lineup in 2014. This January, Frank moved the show to Earwolf Podcast Network, and her loyal audience, thousands of members deep, followed.

A single military mom raising three children, accidental gay parents, the creator of pregnant superhero Spider‐Woman—nothing is off the table on “The Longest Shortest Time,” and that commitment to fearless storytelling has garnered the podcast an audience that extends beyond moms and dads. 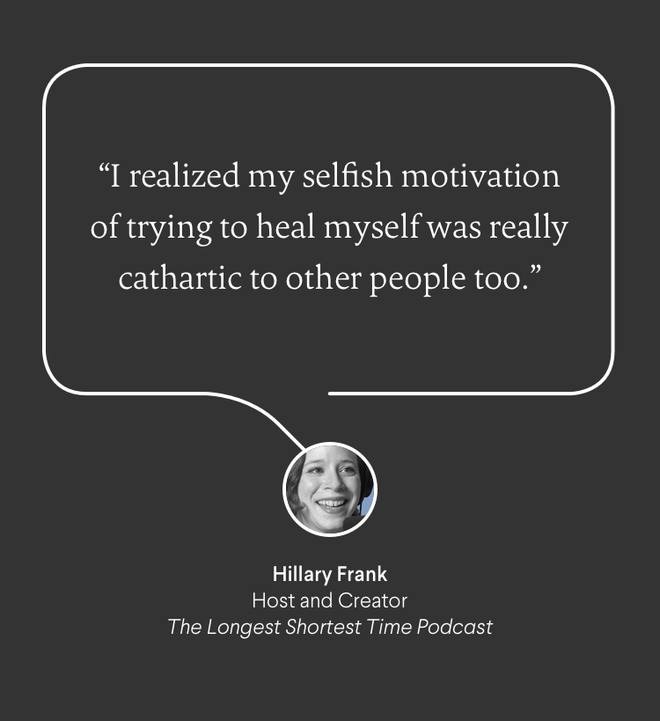 Naptime stories
“I had a really rough delivery and recovery, and felt a strong need to connect with other moms. So I would use Sasha’s naptime as an opportunity to speak with women to hear about their stories and struggles in motherhood.”

The big picture
“At the end of each show, I’d ask listeners to email me if they had a story. Right away, I started hearing from people I didn’t know, and their stories would almost always make me cry. Somehow, we’ve created a space where people have civil debates around really controversial topics, and I think it’s because our premise is that we’re telling stories about all different kinds of parenting styles.”

Talk therapy
“About a year or two ago, I did a three‐part series on unmedicated birth, and in one of them, I confronted Ina May Gaskin (a midwife well‐known for her low‐intervention techniques) about how, based on my childbirth experience, she had let me down. But she rose to the occasion in a way I didn’t see coming: She’s actually in the process of revising her book because of the conversation we had.”

Tricks of the trade
“I don’t really think of my show as advice; it’s really more like storytelling, and you can take what you want from it. I get most of my advice from my friends. Although I just interviewed a dad for the show who’s a hospital clown and tried his advice about how to stop a tantrum—it worked!”

Tuning in
“The audience is growing quickly, which is really important for this to be a viable show. We’re expanding our reach to target not only parents, but people who are becoming parents, people who don’t have kids and people who don’t want to have kids. We want to make it clear parenthood is a universal topic.”