How Some Parents-to-Be Are Designing the ‘Perfect Baby’ 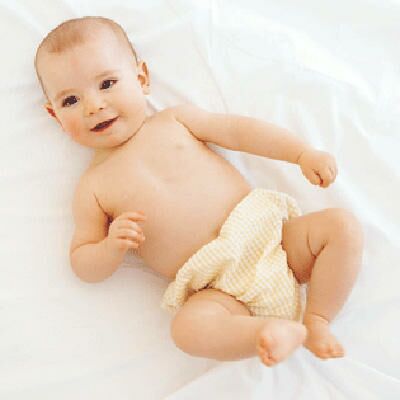 Haven’t had your daily dose of crazy yet today? Well, allow me. The genomics company 23andMe has made it possible for parents to pick and choose the perfect traits for their soon-to-be baby to have.

The patent has been a long time coming — it was filed in 2008 and approved days ago, on September 24 — but the company insists that they won’t use their DNA-based super-system to make “made to order” babies. And in light of its passage, ethicists and geneticists are worried sick that the couples will now have the power to genetically analyze their sperm and egg for super-specific traits like height, eye color, athleticism and (shudder) the amount of healthcare costs their future baby-to-be will cost them in a lifetime. To that, I say, hell! isn’t the surprise all part of parenting? I’m sure that my parents had no clue how much each of my four broken bones would cost them (err, sorry, mom) — or the fact that I’d take after both my paternal and maternal grandmothers — but isn’t that the reason it was all part of their journey as parents raising a young child? Why would they have wanted to know what the destination was before the journey even started? No offense to myself (can I even say that?), but I’m not really sure what they would have done if some magical machine brought up my healthcare costs and they found they were still paying off that ugly broken ankle from 13 years ago. I’m guessing the broken bones would have come with a lot more sighs and disappointment than shock and awe that I was able to launch myself that far off the couch.

But while I rue the idea of determining eye color, athleticism and height before you even meet your baby — the 23andMe program isn’t all about looks. With the genetically engineered traits, you’ll be able to ward off the risks of colon cancer, heart disease and eventually more life-threatening maladies. Those kinds of benefits would do a world of good, wouldn’t they? But I’m not totally sure the other, superficial bonuses are really necessary. Can you imagine the woman who knows she’s raising a future Olympian at her baby shower? What kind of bragging rights does that baby come with? I’m all for smart, talented, David Beckham-lookalike kids, but really, how far could we go before we reach “I, Robot” status and our itty bitty babes start turning on us? Marcy Darnovsky, executive director of the Center for Genetics and Society, insists that the product is not for sale — or for profit. “It would be so irresponsible for 23andMe to actually offer a product or service based on this patent.” So, uh, may I ask what we’re all thinking: What the hell is it for, then, if not to genetically mastermin d the most ridiculously good looking kids of all time?

23andMe went so far as to post on their website that they don’t have any intention of using the gene tool to generate custom bundles of joy — or to produce said good looking babes (but oh, what a joy that would be!). Instead, they want to use the technology to help couples get a better idea of the probability that their baby would inherit certain traits.  It gives infertile couples hope — and even better than that, it gives them a chance — which is the most important takeaway from the tool.  They’re even able to see the mutations that their child would be predisposed to (like cancer and heart disease).

In a statement, the company said, "The company never pursued the concepts discussed in the patent beyond our Family Traits Inheritance Calculator, nor do we have any plans to do so. Applying for patents is a normal part of our business and we remain committed to our core principals of giving people access to their own genetic data, innovating the model for research and being transparent with our customers about what we are doing.” The biggest benefit would be to infertile couples who rely on donor sperm and eggs to help them conceive. Now, through 23andMe, they’d be able to choose a “preferred donor among the plurality of donors, based at least in part on the statistical information determined.”

Not sure how 23andMe tool differs from other alternative treatments like IVF? The tool goes further by predicting traits, whereas IVF embryos only undergo testing for a number of genetic mutations. So, if anything, it sounds like 23andMe could be the future of fertility — so maybe designers babies are closer in the future than we ever thought.

Would you want to manipulate your baby’s traits?