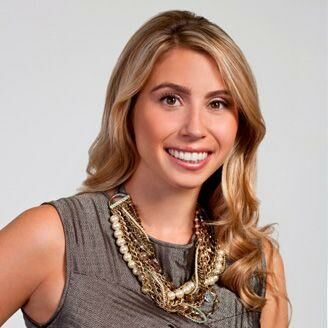 We’re getting up close and personal with mothers who are savvy innovators and businesswomen and finding out their secrets to success. This time, we got the scoop from Jennifer Fleiss, Co-Founder and Head of Business Development for Rent the Runway.

You have a 17-month-old daughter. How do you balance motherhood and running a business?

I think one way is cutting yourself a little slack and realizing that you’re probably not going to have a perfect balance. No one is perfect, and you might need to shave a little bit off each end, but you have to do your own personal best.

I live close to the office, so it saves me a good hour of time commuting each day, and that’s time I get to spend with my daughter. It also means that my nanny can stop by from time to time and bring her into the office, which we’re lucky enough to be able do. The company really supports that, and it brings in an extra, fun part of the day for everyone in the office. It lets me feel like my mommy self is in the office as well as my business self, so they kind of merge!

What inspired you to start the business?

I started the company with my co-founder Jen Hyman out of Harvard Business School. In November 2008, we both observed that there was a lot change in the retail industry. Department stores were slashing prices because of the recession, and women were being more conscious of the cost per wear. They were being thoughtful, savvy shoppers. We realized that women still loved shopping despite the economy, so we wanted to enable them to still have fun with fashion, and solve this “closet full of clothes but nothing to wear” dilemma. We brainstormed different ways for us to tap in, and Rent the Runway emerged as a fun way to enjoy all the Cinderella moments in life in a financially smart way.

How did you test out the concept?

We  did some initial tests on college campuses, which was very helpful in proofing out the concept. We saw the social environments the college students were in and how much these girls were going to events. They were with the same groups of people, and were already in the habit of sharing clothes with one another. They were using social media. We heard Facebook killed outfits; they were posting photos on Facebook and then their friends saw it, and they didn’t want to wear it again.

So we said, this is a very ripe environment for Rent the Runway. These are women who will start to use us at an early age and keep on using us. They’ll have sorority parties and formals, and then they’ll graduate and they’ll have weddings, and benefits and work events. Then they’ll be in different cities and will be able to spread the word. So it organically revealed itself as an opportunity, and we built an entire program where we have Runway Representatives, so there are over 1,500 women now on 200 campuses across the US that represent our brand. These are all girls who love high-end luxury fashion, and Rent the Runway is the only way to make that accessible to them and to make it a part of their lives.

What would you say are your top three pieces of advice for women looking to start their own businesses?

The first is that no doesn’t mean no, it just means not right now, which is something that my co-founder and I say very frequently. Have the persistence and the fortitude to approach things in a different way and to not get demoralized when things are not going exactly as you dreamed they would.

The second is to test things out with consumers as soon as you possibly can. Whenever you have a concept, it’s great to be able to see if consumers like it and will put their money where their mouth is. So for us, that meant purchasing dresses, putting a couple thousand dollars of our own money towards buying them and actually renting them out. You really learn so much that way.

The third is that you’re never in the perfect time. A lot of people try to time entrepreneurship, and build their concept around where they are in their own life. But there’s just never going to be that perfect timing. I think that if you wait and try to plan everything perfectly in life, nothing will really happen. So, just go for it!

One of the biggest challenges is that we didn’t have technical backgrounds, and we have a company that is very technically intense. That’s an important part of what we do, so building up that skill set and being able build an engineering team was definitely a challenge early on. I think it’s very rewarding that now it’s a team of 35 people within our company that are doing amazing things.

I’m very proud of the whole team and the culture we’ve built and have been able to maintain. We have about 180 people at Rent the Runway now, and it’s a group of people who are very passionate about the company and its mission. They’re still empowered and feeling entrepreneur-y today. I think being able to keep that culture alive is important.

Do you think that being a mom has made you a better businesswoman?

I do. I think that in a weird way, it makes everything a little less stressful because it puts things in perspective. Life gets so crazy that you learn not to sweat the small stuff. I don’t get as flustered as easily as I used to, and I think I’m more thoughtful about my responses. I’m able to decipher between things that are a big deal and really important and things that are smaller deals and less important.

I also feel that the way I interact with and managing people has grown since I’ve been a mother. And I love the ability it has given me to relate to other moms in the company who balance this part of their life. They are very bright, talented women who we want to succeed and continue to have careers.

What are you working on right now that you’re excited about?

We’re actually heading out for a prom styling party. We’ve long believed that part of the mission of Rent the Runway is to enable women to have Cinderella moments and democratizing luxury, and the more women we can reach with that mission the better. So we are outfitting a high school for their prom, and hosting the event. It’s a school that was impacted by Hurricane Sandy, so it’s a big passion point for my co-founder and me. Since the beginning of the company, we’ve dreamed of being able to put some of our dresses to work in a philanthropic way. I think especially now that I have a daughter – and seeing how their self-esteem and their personalities can become so much more magical when they feel special, pretty and dressed up — I’m happy to give people who have been through so much this year that opportunity.