A scheduled delivery does sound nice, but do the risks of labor induction outweigh the benefits?Plus:When to Induce Labor?Natural Labor Induction MethodsWhat to Expect in an Induction 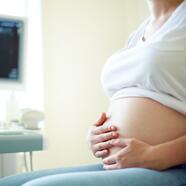 “Under some circumstances, induction is absolutely called for and will improve the outcome for the mother and baby. But when it’s not necessary, it won’t improve these outcomes, and can actually have the opposite effect.”

A woman needs an induction if, for some reason, her baby is telling us he needs to get out, which means there’s a problem, like with fetal growth or amniotic fluid volume. She also may need one if she has a disease, like pregnancy-induced hypertension. The other type of labor induction, which is the most common — and the most controversial — is post-term induction. Most will define post-term as 41 weeks and three days, and say if pregnancy extends beyond that, it’s time for the baby to come out.

The post-term induction mindset is based on a large study and another meta-analysis that have come to the conclusion that if you do an induction for prolonged pregnancy, you won’t increase the c-section rate. But any sensible practitioner knows that isn’t true, despite what the research says. In our hospital, for women having their first baby and who labor on their own, the c-section rate is 8 percent. If they’re induced, it’s 44 percent. And that’s not a subtle difference.

An alternative strategy is an approach called expectant management in which you wait for the woman to go into labor. While you wait, you keep asking the baby how he’s doing by looking at the amniotic fluid and taking non-stress tests. If the baby keeps saying he’s okay, you carry on until 42 weeks, when induction is really required. In the meantime, if the woman’s cervix isn’t favorable and the baby isn’t in a good position, but you induce because of the calendar, you’re inviting in a c-section, because you’ll have a failed induction.

With labor induction and the increased risk of c-section, you’re creating problems and making extra interventions necessary. A medical induction with oxytocin requires an intravenous and continuous electronic fetal monitoring; the woman is now considered high-risk, and over-stimulation of the uterus with oxytocin or even induction by cervical agents can cause more fetal problems than if she were in spontaneous labor. And she’s now stuck in bed, which leads to abnormal labor progress and makes her more likely to have a c-section. She’s also more likely to require an epidural. The epidural decreases her ability to push, so she’s more likely to need vacuum extraction and forceps.

There are also psychological changes that result from induction. It shifts the birth process from the woman’s process to our process. We’re managing and controlling her delivery, watching her more carefully, and finding more things to worry about, whether they’re real or not. She and her fetus are more at risk, and now she’s thinking about herself differently. She feels less confident and competent, because now she’s dependent. (It’s an illusion that induction gives the woman more control. Sure, she can choose when and have that convenience, but once she’s in labor, she will not in fact be running the show. It’s our show.) All this stress leads to the production of more adrenaline, which actually slows labor.

I’m very aware that a lot of women have tough situations, where, say, they live rurally, need to travel a long distance to have the baby, have a kid or two at home, and a husband who is working. She’d like to schedule. Her situation is real. But at the same time, the cascade of interventions I described is far more likely when you have an induction, whether you have a good reason for it or not. You’d be better off getting to know your doctor’s partners beforehand, feeling confident that you’ll get good care, and avoiding all those consequences of the induction.

There needs to be a careful discussion with a woman about her values, what’s important to her, and what her reproductive plans are. It’s complex stuff, and it’s often misunderstood by both women and their providers. What kind of informed decision can you make if the information isn’t shared or if it’s wrong?

“What I do is called active (or preventative) management. This means doing something about the risk, rather than expectant management (waiting for the problem to develop), which most OBs are most comfortable with.”

Active management involves using easily identifiable factors to evaluate a woman’s risk for c-section and converting this into an optimal time of delivery. Basically, the greater a woman’s risk, the earlier she should deliver in order to maximize her chances of having a vaginal birth. If she goes into labor before that date, great. But if she doesn’t, in order to actively manage her risk, we induce her into labor.

The placenta starts to age as a pregnancy progresses. This isn’t to say the placenta can’t support a baby at 40 weeks, but it’s less able than it was at 39 weeks. And, if there are risk factors that cause the placenta to age faster (smoking, gestational diabetes, etc.), you’ll need to get the baby out earlier. Remember, babies are growing about 200 grams per week right up until they’re born. I often remind my residents that if you don’t induce, the baby won’t get smaller and the placenta won’t get younger.

Besides VBACs, there aren’t many situations where inducing labor can increase the risk of trouble, as long as you’re patient and mindful of cervical status. And today, we have medications that can artificially ripen the cervix. As long as you take a few days to gently deal with the ripening and induction, an unripe cervix doesn’t get in the way.

Though I think it’s fair to say induced labor is probably more painful than natural labor, Pitocin can be managed in different ways. There are different protocols and speeds by which to increase the dose, so if you’re gentle with the rate, it’s not as painful. And at my hospital, about 90 percent of women ask for epidurals anyway, so the pain issue is controlled. And, when you’ve done adequate cervical ripening, it’s also going to make the pain less severe.

Why, When and How

I think it goes back to what you’re inducing for, when you’re inducing, and how. For example, if you’re inducing before 38 weeks for elective reasons, just to get the baby delivered, it’s too early. Or, if you’re going to bring someone in at 39 weeks, give six hours of Pitocin and call it a day and then do a c-section because the induction ‘didn’t work,’ I just don’t think that’s a fair attempt. It can take a couple days! This is the issue I have with people saying there are too many inductions performed. If inductions are done properly — after 38 weeks with good ripening and a longer dose of Pitocin — we won’t have such a problem.

Being able to have the pregnancy more planned out is another benefit of what I do. Moms can be a lot more involved in planning the due date based on what works best with their schedule, and she won’t have to rush to the hospital in the middle of the night to deliver. Now, it’s not okay to do that if it’s going to worsen the outcome and increase the risk of c-section or a sick baby. But, if you do the induction carefully and based on risk rather than desire, women get the double benefit of an improved birth outcome and being able to schedule the delivery.

Dr. James M. Nicholson, M.D., is an assistant professor in the Department of Family Medicine and Community Health at the University of Pennsylvania Health Systems in Philadelphia.