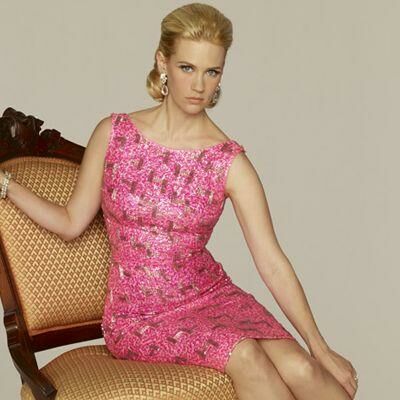 We’re excited for the season five premiere of Mad Men on Sunday. The show is too addicting, plus, who wouldn’t feel better about their own parenting style after watching Betty Draper’s Worst Mother of the Year act. The actress who plays her, January Jones, who’s a real-life mom herself, told People that she and Betty have completely different parenting styles: “What’s nice is that the expectations for my parenting is very low, so I can really only exceed expectations.” And while she says she’s nothing like Betty, January does stand up for her character. She told The Daily, “All of her actions are justified. Her husband’s cheating on her and then she find out that he’s not who he says he is. That probably warrants a divorce. And, you know, Sally shouldn’t be masturbating at other people’s houses or she’s going to get slapped.”

Well, we understand January’s need to defend her character, but we still think Betty’s crazy. We’ve rounded up some wild motherhood moments from Mad Men:

-Betty and Don Draper’s daughter Sally cuts her hair while she’s staying with her father. When Don brings her home, Betty asks Sally to take her hat off and how does she react? By slapping her daughter.

-Betty drank and smoked during pregnancy. Okay, we get that it was considered no big deal back then, but still.

-Betty abruptly fires her long-time nanny, Carla, because she let a kid, whom Betty hates, say goodbye to her daughter. Sad, since the kids were really close to Carla!

-Sally runs away from home and goes to her dad’s office. When Don asks Betty to pick her up, she refuses and basically says, “Who cares,” and tells Don she’ll pick Sally up the next day. Don and Sally actually have a nice time together — they go to a museum!

Did we miss any other heinous parental scenes from Mad Men? Will you be watching the premiere?