What to do when your intuition says one thing and baby's doc says another.
Save article
ByHallie Goodman
UpdatedJan 2017 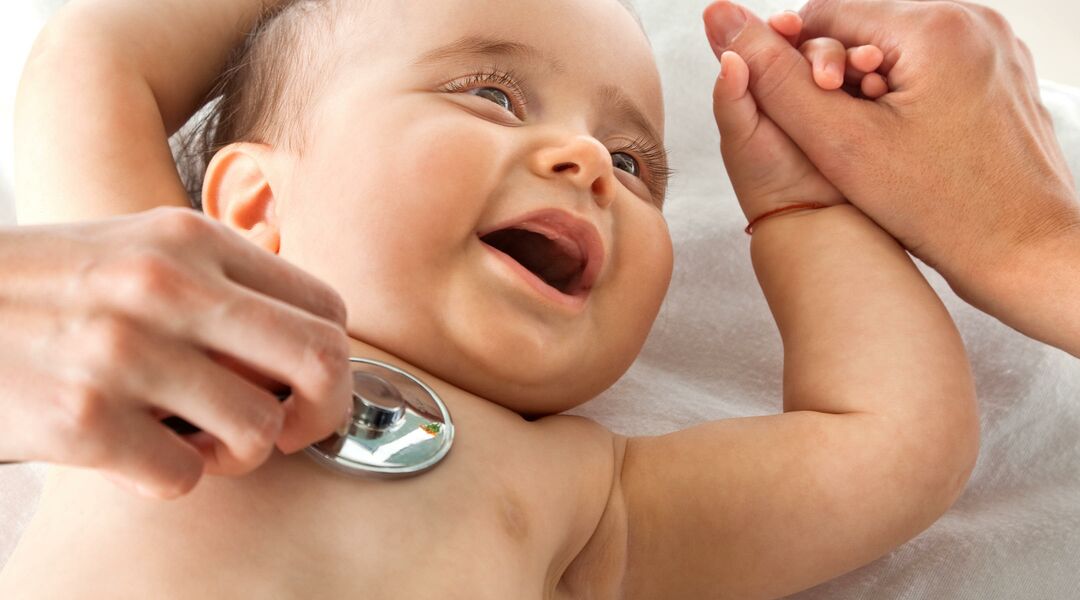 Good question — and one that many moms have experience with. When Jodi S., attorney and mommy blogger brought her three-year-old to the ER with a fever and a rash, she was sure the doc was joking when he announced that he was admitting the toddler. “Michael was running around like a lunatic, as if there was nothing wrong with him. They’d already run a bunch of tests and the nurse said they all looked fine.” The doctor did not immediately explain himself. “In retrospect I should have kept asking questions,” says Jodi. “I should have pushed harder.”

Eventually, doctors informed her that her son was potentially at risk for a rare disease called Kawasaki, even though everyone who examined him said he didn’t appear to have it. Though her gut (yep, that mother’s intuition) whispered that her child was fine, she didn’t initially push back. “You don’t want to be the parent who demands your child be released and it turns out there’s something wrong,” she says.

Over the next 24 hours, her son was placed on IV, poked, prodded, and awakened at 6 a.m. so staff could look at his rash. Eventually Jodi reached a breaking point and demanded Michael’s release. “I should have insisted much sooner,” she says. “Some of the nonsense could have been avoided.”

Jodi’s hesitancy to voice her intuition is hardly unique, particularly when it counters the opinion of medical professionals. Even when your gut is screaming that the doc is off, it’s tough to know how to handle the situation. Read on to find out how to keep Jodi’s experience from happening to you.

Get Familiar With the Patient’s Bill of Rights

This handy document comes straight from the top — the U.S. Department of Health and Human Services. Nationwide, hospitals and medical plans have adopted its tenets, which promote communication and understanding between patients and their health care providers. And how does this bill of rights apply to you? Well, when we’re talking mommy’s intuition, the most important thing to note is that insisting on getting all the info and being involved in decision-making doesn’t mean you’re pesky or difficult — it means you’re standing up for your child. More info on the two points that relate most to this situation:

The Right to Be a Full Partner in Health Care Decisions

Patients have the right to fully participate in all decisions related to their health care (or the health care of their children). Translation? Your inner mommy voice carries more weight than you might think. Don’t be afraid to make it heard. It’s not only acceptable to want to be looped in on every single decision that affects your child while he or she is under medical care — it’s your right!

The Right to Information

Patients have the right to receive accurate, easily understood information to assist them in making informed decisions. Meaning, keep asking questions! By staying up to date on the situation, you’ll be able to voice any objections you might have in the moment — rather than after the fact. From little things, like asking if your child’s temperature can be taken digitally rather than rectally, to bigger things, like choosing to forego unnecessary testing, remaining actively involved is the way to avoid any nasty surprises.

Go to the Top

Always ask to speak directly to whoever’s in charge of making decisions. If the person you’re talking to can’t answer your questions, ask them to page someone who can. The faster you connect directly with the person in charge, the faster you’ll start seeing results. If you aren’t being taken seriously over the phone, demand to be seen in person. "At 37 weeks pregnant I had a fever and felt strange about the baby,"says Kimberly, from Raleigh, North Carolina. “I called the obstetrician who told me they don’t see women for fevers and to go to my regular doctor. I insisted, and when they finally saw me my son wasn’t moving on the fetal monitor! They rushed me to ultrasound and then admitted me. I delivered my son by C-section a few hours later. See my regular doctor, huh?”

Take Miss Manners With You

Though it’s never easy (especially when the safety of your child is at stake), do your best to refrain from getting hysterical. No matter how frustrated you become, the second you raise your voice or drop an F-bomb is the same second you stop being heard. When voicing your disagreement to doctors or nurses, go out of your way to do so politely. The last thing you want is to shortchange your child on medical attention because you’ve alienated the staff.

Get a Second Opinion

If your gut still says something isn’t right, ask for a second opinion. Mothers often express regret that they didn’t take this step sooner. Worried about insulting their current doctor, or appearing presumptuous, they drag their feet — even when their intuition tells them to do otherwise. Often, it turns out a fresh pair of eyes is just what the doctor ordered. “I fought with my daughter’s pediatrician for six months before I got sick of him pooh-poohing my ‘rants’ and went with a new doctor,” says Sarah, from Sheboygan, Wisconsin. “Turns out I was right — my daughter didn’t have a hand preference; she had suffered a stroke and couldn’t use her entire right side! Sometimes doctors do know everything and mothers do.”

Call in the Reserves

It’s nearly impossible to focus on your child while trying to deal with medical bureaucracy, so try to find someone to split the load with you. Having a friend or family member available to bounce things off of could be just the affirmation (or reality check) that you need. In Jodi’s situation, her husband focused on their toddler while she dealt with medical staff. She also enlisted family members to research Kawasaki online, which is how she discovered that there was virtually no chance her son had it. “I understand erring on the side of caution,” says Jodi. “But you need to have five out of five symptoms to have Kawasaki, and Michael barely had two.” In other words, score one more for mom’s intuition!