Not all popular baby name lists are created equal, but we’re definitely name-checking this one from Google. 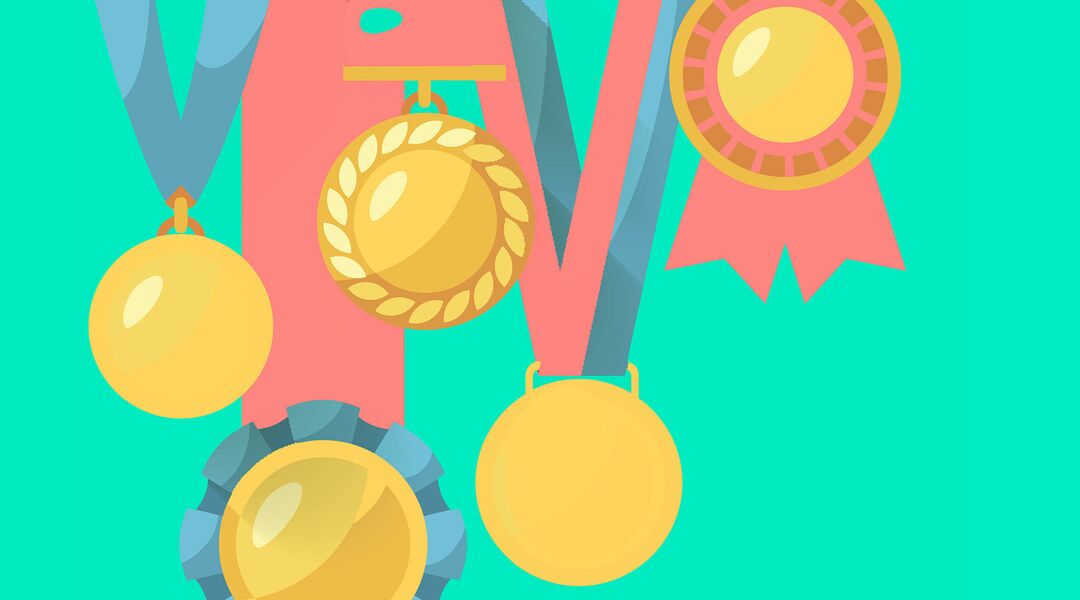 No one said prepping for baby is easy—the dietary restrictions (miss you, wine), the nursery decorating and did we mention the amount of gear that one tiny human needs? It’s mind boggling. Perhaps trickiest of all: choosing the perfect baby name, the name that will shape how baby sees himself or herself—as well as how others will come to view your child. Sure, no pressure.

If you have no idea where to begin, this will help: a list of the most popular baby names of 2017, according to Google. Even if none of the names on this list appeal to you—though we’re guessing more than one might—you can at least use it as the inspiration springboard to point you towards the names you do like.

And if you need more help, head over to our directory of baby names for the best in baby boy names, baby girl names and unisex baby names.

The Most Popular Baby Names of 2017

We’re starting at the bottom of the list, with the 50 most popular baby name of 2017, and working our way up to No. 1. Drumroll…

48. Blakely
Traditionally an English boy’s name, Blakely is becoming a popular moniker for girls as well. It’s said to mean “a dark wood or clearing.”

47. Ezra
According to the Bible, Ezra led 1,500 Israelites out of slavery and back to Jerusalem. This boy’s name has another literary reference going for it: Ezra Pound, the celebrated poet of the twentieth century.

46. Luke
A Greek boy’s name that pays homage to the author of the third Gospel, Luke also has a cool, modern feel. With namesakes like Star War’s Luke Skywalker and actor Luke Wilson, how could it not?

45. Grayson
This name has been popular since the mid-80s, but has definitely leapt to the fast track. Historically a boy’s name, it means “son of the bailiff”—but these days it’s making a strong showing as a girl’s name too.

44. Maverick
Tom Cruise immortalized this boy’s name in the hit 80s movie Top Gun, in which he played a hot-shot Navy pilot with a reckless flying style, earning him the call sign “Maverick.” The name means “independent-minded,” perfect for a little one with a strong sense of self.

43. Juniper
One of the fastest-rising girl’s names, this Mother Nature-inspired moniker references the juniper tree, which was used in Renaissance paintings to signify chastity. Not sold on a good-girl name? Juniper berries are also used to flavor gin.

42. Freya
Freya is the Norse goddess of love, beauty and fertility. It’s long been a popular girl’s name in the UK, but American TV shows like Vikings have helped it pick up speed this side of the pond.

41. Ellis
Meaning “benevolent,” this unisex name is of Welsh origin. It may call to mind Ellis Island, but Grey’s Anatomy fans will recognize it as the name of Ellis Grey, the brilliant surgeon and mother of the show’s star, Meredith.

40. August
Derived from Latin (think: Augustus), this boy’s name is gaining ground with girls. Other than invoking the summer season, August means “majestic and venerable.”

39. Isla
Pronounced “eye-la,” this Scottish girl’s name means “island” and is one of the fastest-rising baby names in the US.

37. Ellie
This English girl’s name can be the diminutive of Eleanor or Ellen, but the nickname is now climbing the ranks in its own right.

36. Brynn
A slight spin on the original Welsh name of Bryn, this girl’s name means “hill.”

35. Rihanna
Any little girl named Rihanna would be in the company of a great: the Grammy Award-winning singer/songwriter/actress is a true pop icon of our time, named among the 100 most influential people in the world by Time magazine.

34. Lucas
Like the name Luke for boy but looking for something with a twist? If you’re considering Lucas, the Latin version of Luke, you’re not alone: Other than the US, it’s wildly popular in places like Sweden and the Netherlands.

33. Quinn
Fair game for a boy or girl, Quinn is an Irish unisex name that means “chief leader” and signifies intelligence. Sharon Stone has a son called Quinn, while the hit series Glee features a female cheerleader with the same name.

32. Henry
This popular boy’s name has a long royal pedigree, especially among English kings—from Henry VIII (and the eight Henrys before him) all the way down to Prince Henry (aka Harry) who’s now fifth in line to the throne. And no wonder: Henry means “estate ruler.”

31. Hannah
A Hebrew girl’s name that means “grace,” Hannah is outranking even Sarah as a popular biblical baby name these days.

30. Apple
Gwyneth Paltrow caught a lot of flack back in 2004 when she named her daughter Apple, but she’s clearly not alone in thinking this nature-inspired girl’s name has more than a little appeal.

29. Leah
Another Hebrew girl’s name that’s topping the charts, Leah has found an international following, from Ireland to Norway and beyond. As the wife of Jacob, Leah is considered one of the most important biblical matriarchs.

27. Nova
A fresh addition to the baby names list, Nova is Latin for “new.” Appropriate for both boys and girls, it’s a name that befits any little star.

26. Bodhi
Sanskrit for “enlightenment and awakening”—in fact, in Buddhism, Bodhi is synonymous with the state of nirvana. Carly Simon and James Taylor have a grandson named Bodhi, and celebrity chef Tom Colicchio chose it as the middle name for his son.

25. Brooklyn
The iconic New York borough has erupted in fame as a hotspot for hipsters—so it’s no wonder the name is trending as a ultra-cool baby girl name.

23. Ellery
Also a unisex baby name, this English name can be a variation on “Hillary,” a la the 2016 Democratic presidential candidate. Nasty women, unite.

22. Oliver
The male take on Olivia has jumped nearly 100 points in popularity since 2009. Both the male and female versions mean “olive tree,” a beautiful symbol of peace.

21. Piper
Though Piper first started trending in the late ‘90s, when Charmed (which featured a sister witch by the same name) was on air, it’s gotten a re-boost thanks to the immensely popular Netflix series Orange Is the New Black, on which Taylor Schilling plays a jailbird named “Piper.”

20. Alexandra
Another regal name that has stayed popular for decades. Queen Elizabeth II’s first middle name is Alexandra, while Queen Victoria’s given first name was Alexandrina.

19. Luna
Chrissy Teigen and John Legend’s little girl—and a beloved Harry Potter character, of course—are named after the Roman goddess of the moon.

17. Kate
Without a doubt, the Duchess of Cambridge (whose birth name is Catherine, but goes by Kate) has sparked a spike in the classic name.

16. Emmett
The brother of Emma and Emily, Emmett gained steam in the last decade during the height of Twilight fandom. (ICYMI: A brother of Edward Cullen is named Emmett.)

15. Sawyer
Historically Sawyer has been considered a boy’s name—it means “woodcutter.” But more parents, including Roseanne alum Sara Gilbert, are choosing the name for their daughters.
14. Harper
Harper Lee. Harper Beckham. Gossip Girl’s Harper. It’s just one of the surnames-turned-first names that keeps on trending.

13. Charlotte
The only person more influential than the duchess herself? Her daughter, Princess Charlotte. And the newest royal joins a long line of good Charlottes: Charlotte Bronte, Charlotte of Charlotte’s Web and Chelsea Clinton’s daughter.

12. Rose
Let’s face it: a Rose by any other name just isn’t as popular. This ornamental bloom dates back to 500 BC. and peaked in popularity as a name at the turn of the 20th century. But flower names are making a comeback.

11. Dylan
While Dylan is definitely a unisex name, its Welsh origins translate to “son of the sea.” Robin Wright and Sean Penn named their son Dylan, while Alyssa Milano gave daughter Elizabella the middle name Dylan.

10. Miles
The name is music to our ears, likely because of its strong association with legendary 20th century jazz musician Miles Davis. And its nickname, Milo (the name of Liv Tyler’s oldest son), is pretty adorable for any little boy.

9. Grace
The name will forever be linked to classic beauty Grace Kelly, the late Princess of Monaco. And what’s not the like about that?

8. Theodore
Theodore will always be a sweet choice for a boy, in no small part thanks to its nickname, “Teddy.” The fictional Fifty Shades of Grey couple, Christian and Ana, have a son named Teddy. Another reference we love? Theodore Laurence, aka, the beloved Laurie of Little Women.

7. Brinley
Brinley, which means “burnt meadow” in Old English, keeps on rising up. The most famous Brinley today? Acacia Brinley, the 19-year-old actress, singer and new mom, whose daughter is also name Brinley.

6. Clara
Unless you’re a Nutcracker fanatic, you probably rarely hear the name Clara. But the vintage name, which means “bright” and “clear” in Latin, is one of those late-19th century names that sound lovely on a new generation of babies.

5. Adele
Do we even need to explain? The moniker of one of today’s most beloved artists, Adele (born Adele Laurie Blue Adkins) has won 15 Grammys and sold more than 100 million records. That’s inspiration.

4. Scarlett
We’re guessing the talented Scarlett Johansson has something to do with the popularity of this name. It’s also shared by one of the most popular literary heroines of all time, Scarlett O’Hara.

3. Eden
Meaning “a place of pleasure,” the biblical Eden can be used for both girls and boys. In fact, about 20 percent of Edens today are male.

2. Rowan
Another baby name that’s become popular for both boys and girls, this old Gaelic name with the meaning “little redhead” was a fitting choice for Brooke Shields’s oldest daughter.

1. Avery
And the winner is Avery! Meaning “ruler of the elves,” Avery is a whimsical name that’s equally suitable for a boy or a girl. It can also be spelled “Averie,” which gives it a feminine touch.