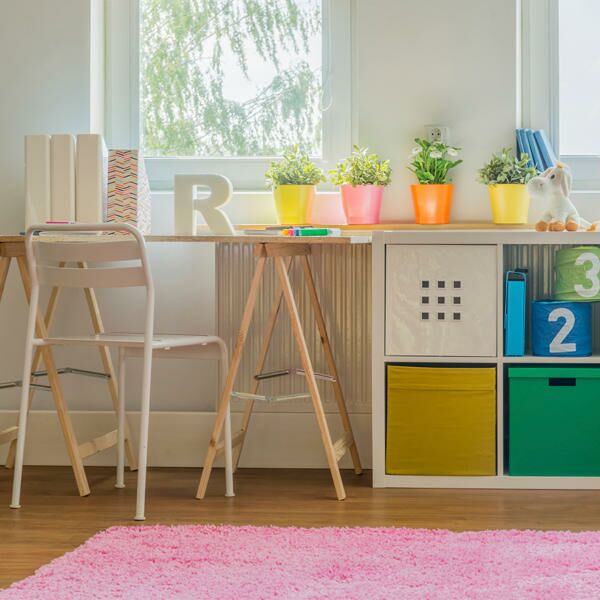 Moving Up: Meet This Family on the Hunt for a New Home

They're looking for a family-friendly home in Nebraska

Whether you’re a first-time or repeat buyer, looking for a new place to call home can be complicated and stressful—though the end result is obviously worth it. In order to help demystify the process, we decided to follow three different couples’ real estate journeys, sharing the lessons they learn along the way with you. (Last month we introduced you to newlyweds Jaclyn and Todd). Next up: The Johnsons. This Nebraska couple is on the hunt for a house that’ll meet their growing family’s needs.

Who they are: Megan Johnson (age 30) graphic and publication designer; Michael Johnson (age 29), IT administrator

How they met: Through a mutual friend

Where they live: Elkhorn, a suburb of Omaha, Nebraska

What they’re looking for: A three-bedroom, ranch-style home with modern updates, a large kitchen and an open floor plan

When they want to move: As soon as their current home sells

Megan and Michael currently live in a custom-built home in Elkhorn that they designed down to every last detail with a builder. While they love the house, they’re ready to move for a couple of reasons. For one, they want more usable living space, like an eat-in kitchen and larger family room, to enjoy with their daughters, Jaelynn and Azlen.“I want an open concept layout so I can watch my children playing in the living room while I’m in the kitchen," says Megan. But there are financial reasons too. “The market, especially in the part of town we are in, is really good right now," Megan says. After finding that their house appraised for way more than they ever thought, the couple decided the time was right to sell.

Their first step? Finding a Realtor® and setting a budget.

The couple knew they’d need to establish a listing price for their current home before they could figure out a budget for a new one. Conveniently, their neighbor Hayli is a Realtor®, so they turned to her to assess the value. “Hayli checked sold comps in the area and looked at listings with the same square footage, similar lot sizes and layout," Megan says. Once they had that rough estimation, Megan and Michael went through their finances, calculating current loan debt and monthly expenses, to help them determine an affordable monthly mortgage payment. They ultimately set a budget of $220,000 after getting preapproved by a mortgage lender. (Based on your income and credit history, the lender determines the loan type and amount you’re qualified for, so you’ll know what homes are in your price range.) They took the lender’s amount as a guideline and went with a lower number that they felt comfortable they could afford.

Step 2: Deciding on must-haves and location.

Megan and Michael have lived in Elkhorn for more than six years and it’s crucial for them to stay in the area. “We have built a life here and we want to be able to shop in the same grocery stores and be familiar with the part of town we’re in. Our day care is a big player in the location too," Megan says, so that they can keep things as consistent as possible for their two daughters. Not to mention, the school district is one of the best in the area, so when the girls are a little bit older, they’ll get to attend the highly-rated schools. As far as the new house goes, they’re more flexible than a lot of home buyers, since they’re open to renovating. Michael is handy and enjoys doing DIY projects, so they can change cosmetic, smaller details themselves. But there are a few essentials that are non-negotiables: three bedrooms, at least a two-car garage and a large, open kitchen.

Step 3: Getting their current house ready for the market.

Before they could actively start their search, the couple had to get their current home in the best possible shape to sell. Hayli helped them brainstorm ways to add value, from potentially finishing the basement to putting new hardware on the kitchen cabinets. “To get top dollar, she suggested that we consider finishing our basement," Megan says. It was already framed and had a bathroom, so they decided to go ahead and partially finish it—a relatively inexpensive project since Michael did all the work himself. (The only costs were materials and his time.) Hayli also helped the couple stage their home, clearing out clutter, personal photos and other knickknacks to make it more appealing to potential buyers.

Once those things were taken care of and the house was listed, Hayli, Megan and Michael were ready to think about next steps. The couple had a lot of questions about the home-buying process—even though this is their second time around, it’s their first time working with a Realtor®. “We wanted to know about the commission, typical closing costs, and how involved we’d need to be in the offer and closing process," Megan says. Thankfully, Hayli was able to prep them on what to expect. “She sat down with us and and answered all of our questions, breaking down the fees based on a hypothetical sale cost," she says. They also had concerns about the home inspection, but Hayli walked them through the process and even suggested questions they should ask the seller about, like the condition of the water heater or how old the roof is.

Now that their home is officially on the market and they’ve got Hayli on their team, Megan and Michael are ready to start the search. Check back next month to see some of the houses they’re considering and how their journey unfolds.

The Bump and the National Association of Realtors® present The Journey Home, a sponsored series full of house-hunting inspiration, including tips and advice from Realtors® and couples on their own home searches. To locate a Realtor® who can help you find your dream house, visit realtor.com/GetRealtor.

12 Sexy Maternity Dresses, ‘Cause Mama’s Still Got It

These Are 2020’s Best and Worst States to Raise a Family, Report Says