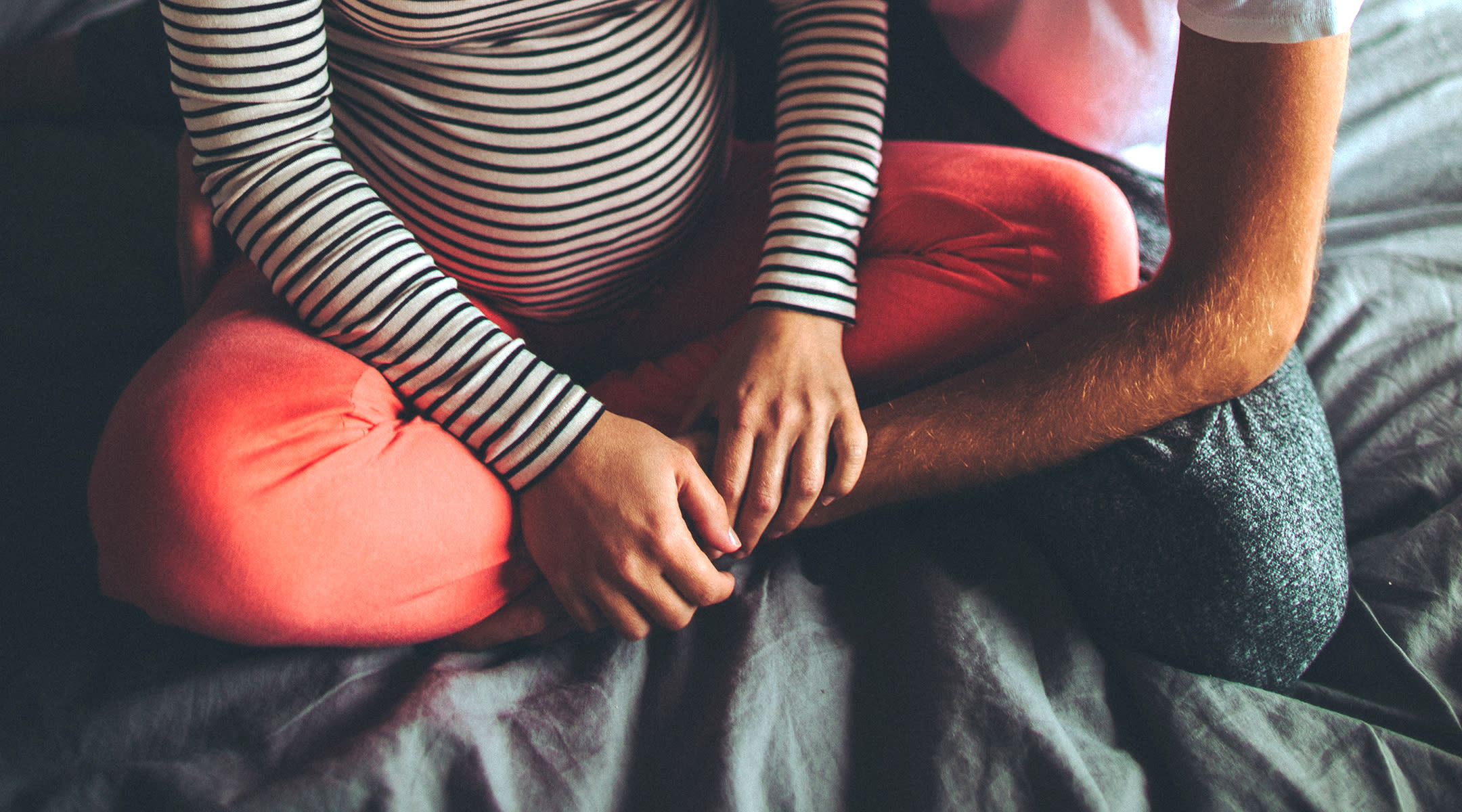 Why Getting NIPT Helped Me Feel at Ease

One first-time mom shares her experience with noninvasive prenatal testing.

I’ve always been a catastrophic worrier. I’d like to think of it as always being prepared, but honestly, I have an overactive imagination that often leaves me considering worst case scenarios. This was especially true when I was pregnant. Days into my second trimester, I’d been expecting a call from my doctor all week with test results; when I finally saw her number flash on my phone screen, a wave of anxious thoughts went crashing through my mind.

It wasn’t an easy journey to get to this phone call. My husband Nate and I had spent more than a year trying, and I was becoming emotionally exhausted by the process. But just as we started seeing a fertility doctor shortly before my 32nd birthday, we found out we were expecting. Funny how that worked. While happy, I didn’t let myself become too excited in case something went wrong. (Did I mention I’m a worrier?) My mom, who is a labor and delivery nurse, wouldn’t even speak with me about the pregnancy at first, considering it bad luck.

After spending too much time reading online, I asked my ob-gyn—who I’ll never be able to say enough good things about—what testing she recommended. She suggested noninvasive prenatal testing (NIPT), also known as cell-free fetal DNA screening, explaining that it could look at my baby’s placental DNA to determine whether there was an increased or decreased risk of Down syndrome and other chromosome abnormalities. It would also reveal whether I was having a boy or girl. And because it would test blood from my arm, there would be no risk to the baby.

Since it only takes up to two weeks to get results, she thought it might calm my worries, and pointed out that my stress wasn’t helpful to the baby. The only real downside of getting NIPT*, as she explained it, was that not all insurance companies cover it. But Nate and I decided having the knowledge was worth it, and I had the test at 12 weeks. (You can get NIPT as early as week 10.) We didn’t discuss what would happen if the results came back showing an increased risk for any genetic condition, agreeing instead to see what happened. I’d like to say no matter what the results, it wouldn’t have made a difference, but I don’t think you can ever really know what you’re going to do until presented with a particular situation.

When my phone rang, I stared at it for a couple of rings before answering. All of the results came back low risk and we found out we were having a girl. Of course being me, I still asked my doctor if she thought we needed more invasive tests such as a CVS or amniocentesis, just to be safe. Given the outcome of NIPT and the risks of those other tests, she didn’t recommend. It was then that I finally gave myself permission to be really excited.

Getting NIPT results eased my stress, but more than that, the test helped me feel more connected to my pregnancy. We immediately started thinking of names and planning the nursery, but we also started imagining our family’s future—the trips we’d take, the everyday activities we’d do together. Fast-forward nine months later, and we have a healthy baby girl who seems to develop more and more personality every day: She’s strong willed, impatient (especially when she’s hungry) and is just starting to coo and give real grins. I can’t recommend enough that other moms-to-be talk to their doctor about NIPT—it was a game changer for me.

This article is sponsored by Illumina. Read more about what noninvasive prenatal tests screen for here and get more information at NIPT.com.

*Limitations of the test: Noninvasive prenatal testing (NIPT) based on cell-free DNA analysis from maternal blood is a screening test; it is not diagnostic. False positive and false negative results do occur. Test results must not be used as the sole basis for diagnosis. Further confirmatory testing is necessary prior to making any irreversible pregnancy decision. A negative result does not eliminate the possibility that the pregnancy has a chromosomal or subchromosomal abnormality. This test does not screen for birth defects such as open neural tube defects, or other conditions, such as autism. Some NIPT tests do not screen for polyploidy (eg triploidy) or single gene disorders. There is a small possibility that the test results might not reflect the chromosomal status of the fetus, but may instead reflect chromosomal changes in the placenta (ie, confined placental mosaicism [CPM]) or in the mother that may or may not have clinical significance.

Q&A: What Blood Tests Do I Need During Pregnancy?

How a Bishop Score May Determine if You'll Get Induced

Pregnant and Measuring Big or Small?

Q&A: Do I Need Genetic Counseling?

What Is a Biophysical Profile?

Q&A: What Is a Fetal Fibronectin Test?

Quiz: How Much Do You Know About Genetic Testing?