Why the One-and-Done Label Makes Me Cringe

More often than not, there is a lot emotion hiding behind those three words. 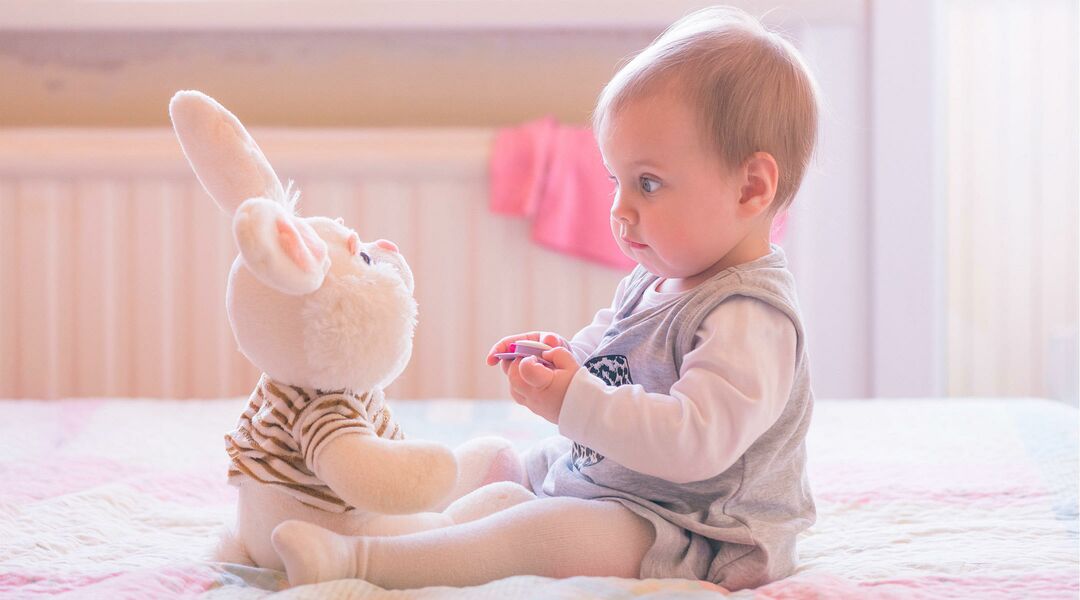 The following story, “Why the ‘One and Done’ Label Makes Me Cringe” by Anna Davies was originally published on Boomdash.

I have some news…

I know what’s coming in the ellipses. My stomach clenches and, even though I’m texting, I set my face in a smile. I’m ready.

The announcement takes many forms. There’s the cutesy: Madeline is going to be a big sister! The coy: Looks like I’ll be sticking to seltzer on our next girl’s night. And of course, the obvious: I’m pregnant.

Of course, I send congratulations, exclamation points and baby-face emojis. Because I am excited for my friends. But each announcement is a reminder that, while they’re continuing to grow their families, my 2-year-old daughter, Lucy, is likely to remain an only child.

What surprises me every single time is just how much these announcements affect my mood. After all, why do I care if my friends have one kid or two kids or seven kids? Technically, I could have another child. But as a single parent, financially and logistically, sticking to only one kid makes sense. I joke about that, trying to downplay the hurt I feel at the center of my stomach. “I’ll have another if I also have a husband or a million dollars. And right now, the million bucks seems more likely.” It’s a practiced line I’ve used at daycare drop off and mom groups and is always guaranteed to get a laugh.

But here’s the thing: I feel like a failure for not having either the partner or the padded bank account that would allow me to provide my daughter with a sibling. I’m not an only child, and I don’t know how I could have navigated certain aspects of my life without my two older brothers. They taught me how to swim, they bought me my first drink, and we all leaned on each other when our mother died seven years ago. So many family memories are stored in their brains. They know things about me my parents never did and I am closer to both of them than I am anyone else on the planet. They’re my “people.” Who will Lucy’s “people” be?

Of course, things could change. I’m 33 now; Lucy is 2. If I met someone today, Lucy could easily have a brother or sister by the time she’s 5. But still, that age gap means they won’t share a childhood — and that’s something I also mourn. My brothers are nine and ten years older than me, although I always loved them, we didn’t become close until I reached my twenties. I was always jealous of their 15-month age gap, the fact they had the same friend group and shared experiences, like an epic party they hosted during a summer between college — one that is still discussed in our small town more than 20 years later. Meanwhile, that same weekend, I was 9 years old and stuck on a “family” trip to a flower show with just my parents, feeling lonely and left out in the back seat. Going to amusement parks with just my parents always felt weird; I always wanted to be part of a bigger group of kids.

Not only that, I felt ready to be pregnant again just weeks after giving birth to Lucy. Pregnancy had been relatively easy for me, I would have loved to do it again knowing that what came next — a newborn — wasn’t nearly as terrifying as I had envisioned. And while I’m not proud of it, part of the reason why I want another child is for my ego: Think I’m doing an awesome job with one? Just watch me with two.

I know that I should take stock in what I have — a sunny, rebellious, doggie-loving 2-year-old who says “help you?” and runs around the house to find my shoes every morning. I know that I am lucky that the door to another child is potentially open to me; that many parents of an only child didn’t necessarily make that choice. But I also think it’s equally important to acknowledge the sadness that comes from realizing the family you always imagined having is not necessarily the family you get.

Out of interest, I recently joined a “one and done” Facebook group. Many of the moms there celebrate the choice in having only one child, which doesn’t reflect my situation. Others feel just as conflicted as I do, but have physical reasons why it’s not an option. That’s not my situation, either. Making the decision to have only one child — especially when it doesn’t feel like a decision so much as a necessity — is, for lack of a better word, lonely.

Right now, with all Lucy’s friends hitting their second birthdays, the announcements for second kids seem to be coming in fast and furious. I know I’ll always feel that pang when I hear the news, or hold a newborn, but I also know that the family Lucy and I have created together is still evolving. Maybe there will be more kids. Maybe there won’t. But I will say that the real, imperfect family we’ve created is a million times better than the three-kid family that exists in my imagination.

9 Screen-Free Things To Do This Weekend

I Lost My Phone and Became An Amazing Parent