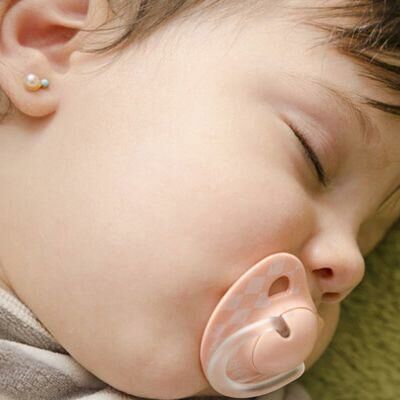 Thousands of people have signed a petition in the hopes of outlawing ear piercing for babies and toddlers in England.

“Other forms of physically harming children are illegal — this should be no different,” writes UK mother Susan Ingram, who addressed the petition to Minister of Children Edward Timpson. She doesn’t mince words, calling the act “a form of child cruelty” that serves no purpose other than to “satisfy the parent’s vanity.” If the signatures are anything to go by, nearly 40,000 people agree. (The petition originally aimed for 30,000 signatures.)

We already know piercing babies’ ears is controversial.  Kim Kardashian   sparked Twitter backlash after a photo of North West  showed the toddler wearing diamond studs. Most people tend to have an issue with the consent (or lack of consent) of the child. But as England’s petition shows, complaints run the gamut: possibility of infection, lax  national piercing standards, and “tackiness” have all been brought up.

Of course, the opinion isn’t universal — many people see the uproar as an overreaction. One woman commented on the petition: “As someone who had their ears pierced as a baby (a month old), I find this campaign absolutely and utterly pointless,” adding that she has “no regrets” about her parents’ choice.

Bumpies have pointed out that infant ear piercing is often not done for “vanity,” but as a cultural tradition.  Dr. Tim Ballard , the vice-chair of the Royal College of General Practitioners, told The Guardian that although piercings can cause pain to a child, they generally cause no damage and “should remain the choice and responsibility of parents.”

Mark Tami , the MP (representative member of Parliament) for the Labour Party, plans to bring up the topic at the House of Commons and work on possibly setting an age restriction for piercings.