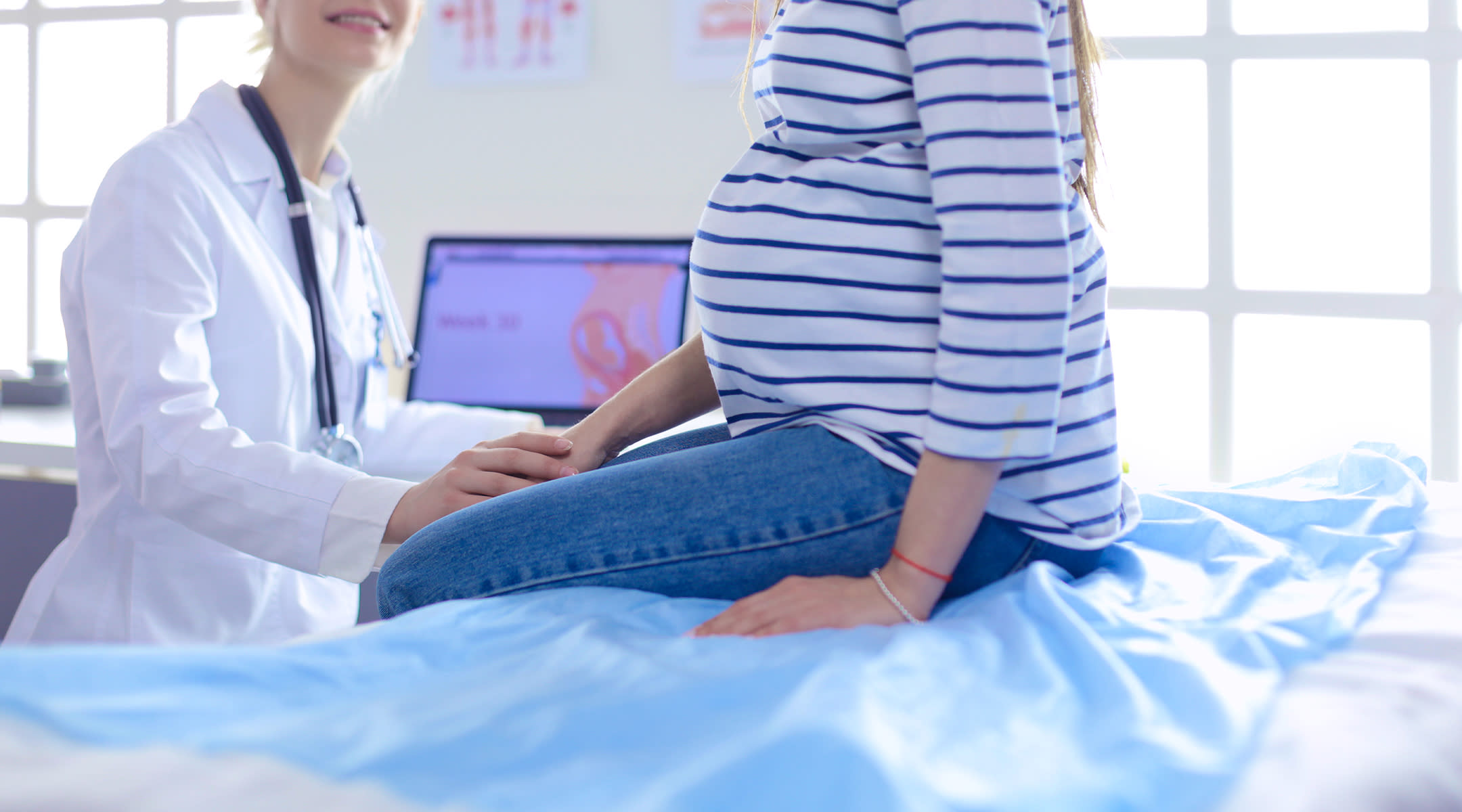 With all the info out there, you may have heard some conflicting advice.

Since you announced the exciting news, you’ve likely been bombarded with advice on what you can and can’t do during pregnancy. And while it may feel empowering to be armed with heaps of knowledge, there can also be an unfortunate downside to this: info overload. “Between what you may read online and what you hear from other moms, or even your own mother, there’s a lot of conflicting pregnancy information out there,” says Alyssa Dweck, MD, an OB-GYN, author, women’s health expert and MONISTAT® spokeswoman. In fact, according to the 2,000-person “Health Below the Bump” survey, more than one quarter of moms and moms-to-be say they’ve received differing advice from women in their lives. When that inconsistent information is on, say, the best diapers, that’s one thing. But when it’s about your—or your baby’s—health, well, that’s a problem. Here, we set the record straight on five pieces of pregnancy health advice that might be causing a little confusion.

Misconception #1: A prenatal vitamin is all you need. While 66 percent of women in the above survey were advised to take a prenatal vitamin, only 40 percent were actually encouraged to eat healthy. “That’s a big misstep,” Dweck says. There are some areas that a vitamin alone can’t cover. For instance, calcium and iron compete with each other for absorption, so some vitamins will have one and some the other, leaving gaps. “That’s why you typically need to get more calcium in your diet and increase iron-rich foods, particularly in the third trimester,” Dweck recommends.

Misconception #2: Any treatment for a yeast infection is safe. Hormone shifts can disrupt the pH balance and microbiome in the vagina, which is a fancy way of saying yeast infections are a very common occurrence and are actually up to ten times more likely to occur during pregnancy. “And while the infection itself won’t harm your baby, what you use to treat the infection can,” Dweck says. According to a new study featured in the Canadian Medical Association Journal, even a single, low dose of the prescription yeast infection treatment fluconazole may increase miscarriage risk.* “The CDC only recommends seven-day topical treatments for pregnant women. Because of this, I recommend MONISTAT 7 Day,” says Dweck. “Plus, it’s safe and relieves symptoms four times faster than the prescription pill.” That said: Don’t treat unnecessarily. Dweck says that pregnant women typically have a heavier discharge and feel more swollen down there due to increased blood flow—not necessarily signs of an infection. Instead, experiencing a thick white, curd-like discharge with no odor and very intense itching are the usual telltales. If you’re unsure, ask your doctor.

Misconception #3: UTIs are no big deal. Urinary tract infections are among the most common medical diagnoses to arise during pregnancy, impacting up to 13 percent of expectant women. And while almost 51 percent of women in the “Health Below the Bump” survey felt prepared for health symptoms that arose during pregnancy, Dweck notes that one oversight some pregnant women make with UTIs is not properly diagnosing and treating them. “In pregnancy, UTIs can quickly progress to a serious infection of the kidneys. It can lead to preterm labor,” she says. If you suspect a UTI, go to your health care provider for a screening and treatment advice. Don’t ignore symptoms or take leftover antibiotics from your last UTI. There are specific antibiotic meds that should be avoided, if possible, during the first trimester.

Misconception #4: You only need to get the Tdap vaccine once. The CDC recommends that all pregnant women get the whooping cough vaccine (Tdap) between 27 and 36 weeks of each pregnancy. However, almost 21 percent of pregnant women were not offered the vaccine during prenatal appointments, according to the latest numbers. Among women who didn’t get the Tdap during pregnancy, 45 percent said they didn’t know they needed it. And about 32 percent who didn’t get the shot during this pregnancy were vaccinated during a previous pregnancy. Because babies cannot be vaccinated against whooping cough (pertussis) until they’re two months old, it’s important that mom pass the antibodies to baby via the Tdap, says Dweck. On a similar note, the CDC reports that a little less than half of pregnant women are getting flu shots. This is a scary stat, considering that pregnant women are especially vulnerable to the flu and are more likely to develop serious complications from it. Typically, the influenza vaccine is available from September through February. If you’re pregnant during that window, talk to your health care provider about getting vaccinated.

Misconception #5: Some forms of smoking are less dangerous than others. While 59 percent of those surveyed in the “Health Below the Bump” report were advised not to smoke during pregnancy, there’s definitely a safety information lag. According to a recent report in the journal Preventive Medicine, up to one-third of pregnant women don’t believe marijuana is harmful to their babies. And a 2017 report in the journal Health Education Research concluded that, in general, people perceive e-cigarettes to be a safer and healthier alternative to traditional cigarettes during pregnancy. “None of this is risk-free or recommended,” Dweck says. For instance, smoking cigarettes during pregnancy increases risk for miscarriage; nicotine from e- or regular cigarettes can hinder a baby’s brain and lung development; and marijuana can cause low birth weight. If you’re having a hard time quitting during pregnancy, talk to your health care provider about pregnancy-safe options to help you kick the habit. Your health—and baby’s—will be all the stronger for it.

This article is sponsored by MONISTAT. For more information about treating yeast infections during pregnancy, visit MONISTAT7.com.

Can Pregnant Women Give Blood?

Is It Safe to Use a Heating Pad During Pregnancy?

Q&A: Is BPA Safe During Pregnancy?