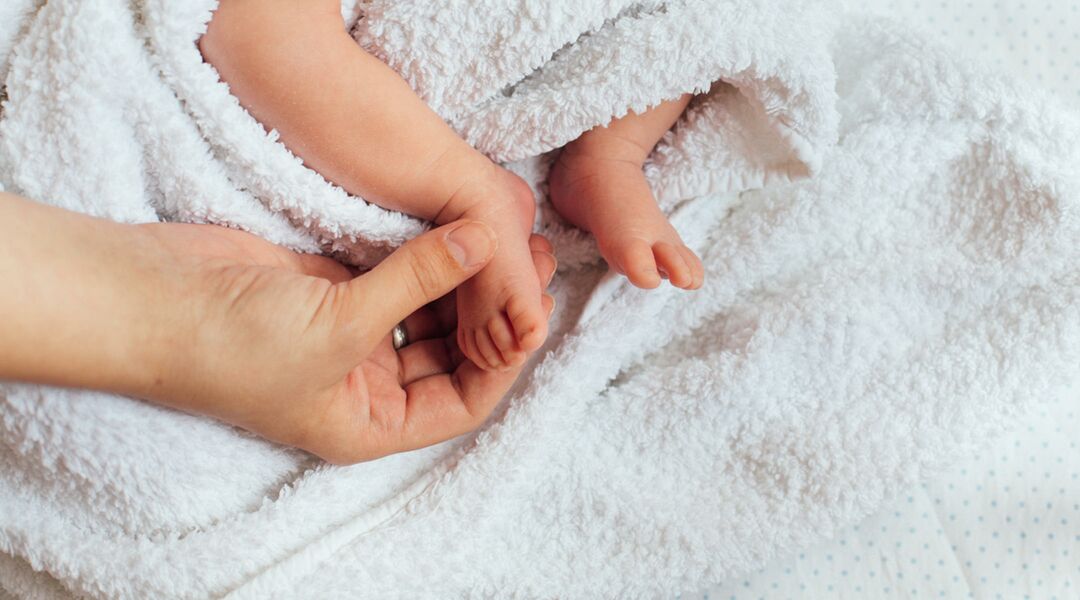 I wish I knew…how unbelievably teeny newborns are. I planned pretty well for baby before his arrival. I was on bed rest the last few months of my pregnancy, so I had plenty of time to research the baby gear I wanted. My husband, Ryan (read his take on the experience here), handled the budgeting, and Pinterest was my best friend in getting nursery ideas. But I didn’t prepare for how small newborns are. People kept telling me you don’t need newborn diapers or clothes. So not true! My son was 7 pounds when he was born and was in newborn clothing for a good month.

I wish I knew…that your entire day revolves around someone else’s routine. After having a baby, the biggest change for me has been not being able to just pick up and go. There’s no quick trip to Target, getting your nails done or spontaneously going to brunch or a movie. For every outing, I need to double-check the diaper bag and work around baby’s last feeding or nap. And when I do get out, there’s only a short window—I’ve learned to act fast.

I wish I knew…that sleep issues can come seemingly out of nowhere. My son got me good! I was spoiled: For the first four months, he slept through the night. But when I went back to work, he started waking up in the middle of the night. It was hard at first, but I learned to roll with the punches. My little man doesn’t care that I worked a full day. He just wants more time with me—or at least that’s what I like to think when I get his 2 a.m. wake-up call!

I wish I knew…that becoming a mom would completely change me. I’ve gotten soft! I used to be so blunt—I’d say whatever it was that I was thinking. But being a mom has definitely mellowed me out. And I’ve become more of a worrier. There’s no manual that comes with a baby, and he can’t communicate what he wants and needs, so it’s a big guessing game when something’s wrong. Ryan and I are constantly hoping we’re making the right decisions: Is he teething? Should we give him Tylenol? Is he hungry? Is he bored? Is that normal? You just have to hope and pray you’re doing it right.

I wish I knew…how insanely quickly it goes by. Every day Justin looks different or is doing something new—he’s already crawling and scooting around. It’s insane! Truly, every milestone is great. I was most excited that first time he kissed me! It was more like a lick then a kiss, but it was just so sweet and genuine. I try my best to take a lot of pictures and videos. I’m still trying to figure out ways to keep up with him. Who knows if I ever will!