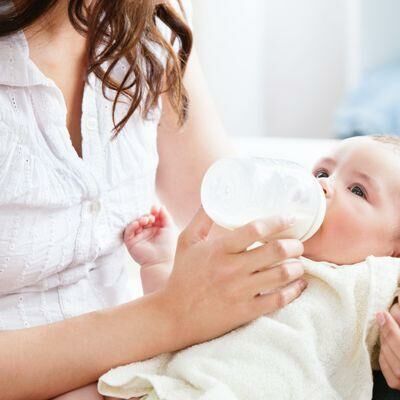 A new study conducted at the University of British Columbia found that two components found in garlic will help reduce the contamination risk of infant formula. Published in Applied and Environmental Microbiology, researchers identified diallyl slfide and ajoene (two components in garlic) that work to significantly lower the contamination risk of Cronobacter sakazakii , which is found in dry infant formula powder.

The bacteria is an organism that can cause bacteraemia (bacteria found in baby’s blood, which can poison him), meningitis and necrotising enterocolitis (a fatal bowel issue found in premature babies) in baby. Though it’s not only found in powder formula mix, in the last five years it’s been most commonly detected there. Though the infection is rare, it’s typically fatal in infants — and it’s not only found in the US; it’s been detected all over the world.

Xioaonan Lu, co-author of the study, said, “A trace dose of these two compounds is extremely effective in killing C. sakazakii in the food. They have the potential to eliminate the pathogen before it ever reaches the consumer. manufacturing process.” Which basically means that the discovery of these two breakthrough components could help make infant formula safer to consume for baby.

Lu adds that the garlic compounds could be used to prevent C. sakazakii on food contact surfaces and in every step of the production process, from processing, packaging, delivery and ingestion. It would reduce the risk (and fear) for moms who are bottle-feeding baby.

In fact, the use of garlic could revolutionaize the entire system. “Pipes used in the manufacturing of milk products are typically cleaned with chemicals like chlorine, but these garlic compounds are a natural alternative,” says Lu. “We believe these compounds are more beneficial in protecting babies against this pathogen.”

Amazing, isn’t it, what a little garlic can do?

What was your biggest concern before bottle-feeding baby?