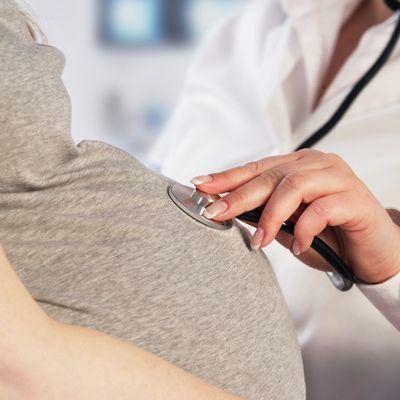 New research in the autism field has drawn a startling conclusion: Women with polycystic ovarian syndrome, or PCOS, are 59 percent more likely to give birth to a child with autism than those without the disorder.

The study, published in the journal Molecular Psychiatry, pinpoints exposure to certain sex hormones early in life as the underlying factor. Women with PCOS have increased levels of the male hormone androgen. This can lead to things like ovarian cysts, weight gain, excessive hair growth, acne and menstruation problems — making it difficult to get pregnant in the first place. And since androgen levels remain increased during pregnancy, researchers wondered what effect this may have on a fetus.

After examining Swedish population data from 1984 through 2007, researchers identified 24,000 autism cases and compared them to 200,000 controls. The result?

“We found that a maternal diagnosis of PCOS increased the risk of ASD in the offspring by 59 percent,” says lead researcher Kyriaki Kosidou. “The risk was further increased among mothers with both PCOS and obesity, a condition common to PCOS that is related to more severely increased androgens.”

What are women with PCOS supposed to do about it? That remains to be seen.

“It is too early to make specific recommendations to clinicians in terms of care for pregnant women with PCOS, though increased awareness of this relationship might facilitate earlier detection of ASD in children whose mothers have been diagnosed with PCOS,” says senior investigator Renee Gardner.

What to Do for a Fever During Pregnancy
ADVERTISEMENT

Q&A: Are Viruses Like Cold or Flu a Danger to My Unborn Baby?
ADVERTISEMENT