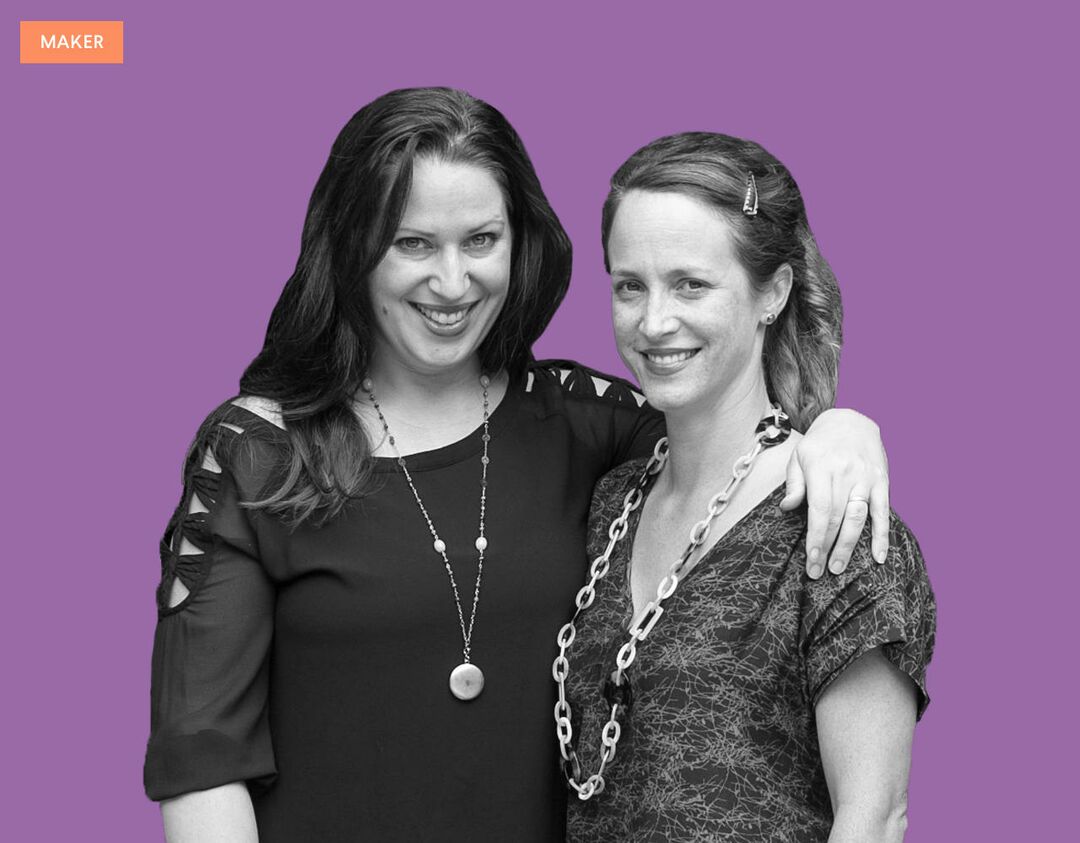 Image: Courtesy of The Mother Company

What should a television executive do when she can’t find programming for her toddler to watch that she feels good about? For Abbie Schiller, a former vice president of public relations at ABC Daytime, the answer was to set out and produce her own.

“The idea was to create content that helps parents be better parents while at the same time, creating products for children to help them better understand themselves,” Schiller says.

After leaving her job in 2010, she spent two years writing a business plan and meeting with investors, even selling items on Craigslist to afford camera equipment to film. She also enlisted her former high school classmate, filmmaker Samantha Kurtzman-Counter, to join The Mother Company.

Though they were a startup, the women passed up big venture capital money and instead opted to get funding through smaller angel investors—the majority of whom are moms—to maintain creative control of their company. And that risk paid off: In six years The Mother Company has developed a 360-degree approach of award-winning content, including four 45-minute shows (each based around a theme—feelings, friendship, siblings and safety), 13 books, two dolls, more than 500 articles and plans for a syndication deal with PBS. 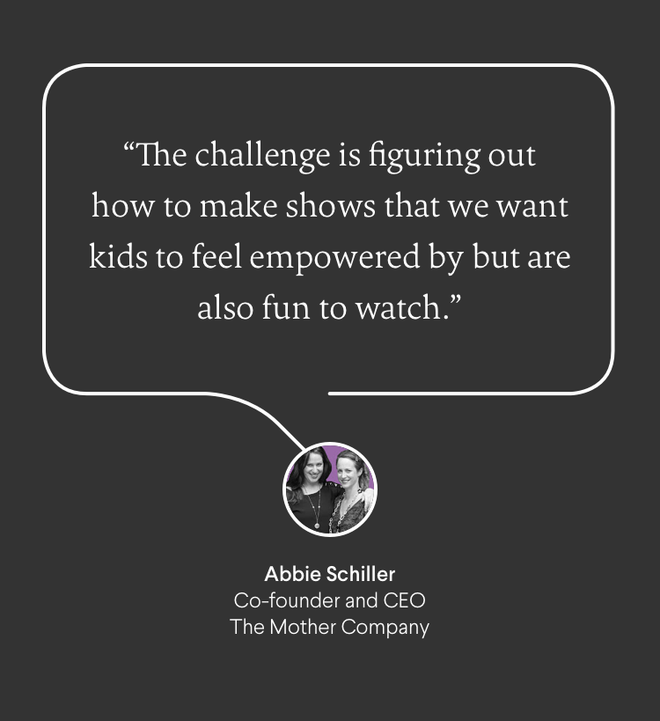 With the company now seeing double-digit revenue growth each quarter, Schiller and Kurtzman-Counter continue to focus on producing children’s entertainment programming vetted by parenting experts from the beginning to the final cut. It’s that steadfast mission that sets The Mother Company apart—their goal has always been to “start a healthier version of television,” Schiller says.

Opening act
“Our first big investor was actually a customer,” Schiller says. “They bought Ruby’s Studio: The Feelings Show at Whole Foods, looked us up, wanted more copies for birthday party favors then decided to invest. That episode was the single best-selling DVD that year for the store.”

Leading lady
“It was important to us to work crafts and therapy into every show, so Ruby is an art teacher and each episode is set in her art studio. She has Mary Poppins’s touch of magic, sparkle and common sense mixed with the grounded emphatic nature of Mister Rogers. She talks to children like human beings, but with a bit of a wink in her eye,” Schiller says.

Embracing the world
“We want the show to reflect the world our children are growing up in,” Kurtzman-Counter says. “Our goal is to help kids appreciate differences, and it’s crucial they learn to connect with a variety of people. The challenge for us as parents is figuring out how can we be best informed to help open their minds and eyes.”

Audience participation
“For each new show, we host free screenings around the country and they’ve always sold out. We get to watch the audience from the back row. It’s always wonderful to watch kids participate in Ruby’s ‘special good-bye’—a farewell we’ve created to help children deal with separation anxiety,” Kurtzman-Counter says.