Take It From Me: 6 Things You Should Never Say to Moms and Moms-to-be

What is it about baby bumps and newborns that make people forget their manners? One mom offers a quick etiquette review of what’s simply not okay to say. 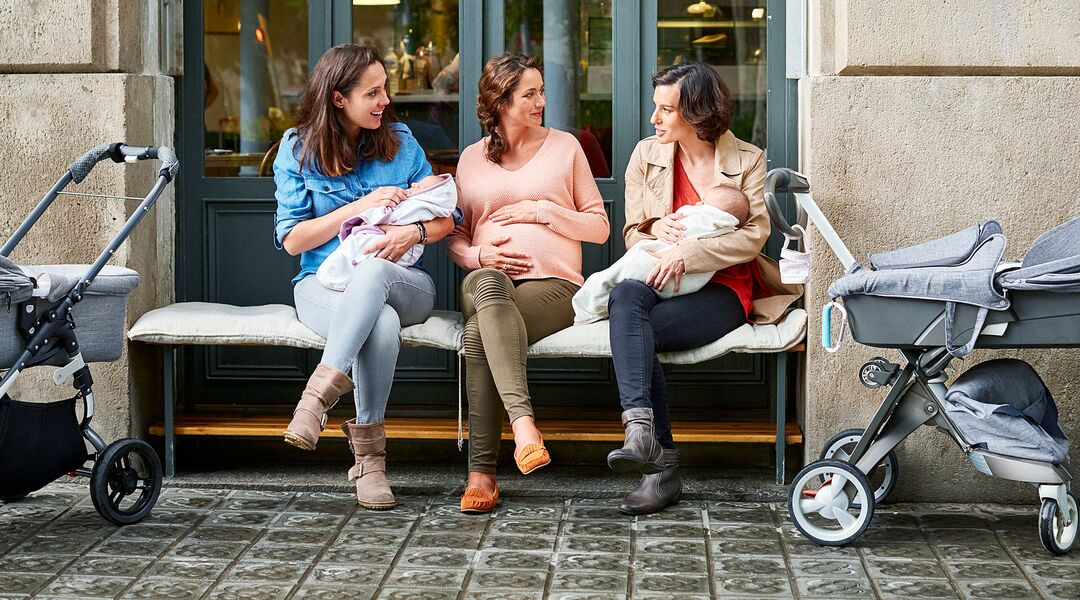 I don’t believe people are inherently a—holes, but they sure can be unintentional jerks, especially around new moms and moms-to-be. Even the most well-meaning individuals don’t always recognize how the things that come out of their mouth can sound, or how seemingly innocent questions or insensitive comments made in passing can have a greater impact than they might imagine.

During my pregnancy, my dear friend referred to both me and his wife (who was also pregnant) as “pot bellied pigs.” Did he mean it maliciously when he implied that we looked like barnyard swine? Of course not. He has a giant heart and would have been devastated to know he had hurt my feelings. And he was, after I asked him to please stop referring to us as fat animals that routinely roll in mud and eat slop.

Like I said, most people don’t necessarily recognize that their words can come across as offensive—so I’ve always tried to take what people say with a grain of salt, and ever so politely encourage them to never utter those words again. Case in point:

Stranger: “Didn’t you want to breastfeed?”

Me, bottle-feeding my 6-month-old: “Yes, I did, but two rounds of mastitis crippled both my supply and my spirit, and it’s been a cause of debilitating stress. But thank you for asking.” Or I feign ignorance and say, “Wait, is breastfeeding supposed to be better or something?”

Other people actually say sh-tty things to expectant or new mothers with the intention of belittling them. To quote Madeleine Albright, “There’s a special place in hell” for those kind of people. I’ve thought a lot about why women in particular would feel compelled to pass judgment on other mothers, and I always come back to the same theory: They must need to validate their own parenting choices by putting down women who have made different ones. That doesn’t make it right, but I can at least understand why.

To be fair, before having a baby of my own, I’d often ask women questions like, “How long were you trying?” or “When are you going to have a second?”—which in hindsight probably should have been off-limits. In our hypersensitive culture, I understand why objecting to such seemingly innocent questions can induce some heavy eye-rolling, but mothers deserve our respect and compassion. They’re often overtired, overworked and overstressed, so let’s cut them a break.

With that in mind, I’ve put together a primer on basic etiquette when dealing with new or expecting moms. This is by no means a be-all and end-all list of offenses, but these tend to be the most common.

1. Commenting on the size of a pregnant woman is always a bad idea.

It boggles my mind that people routinely utter things like, “Whoa, you sure you don’t have twins in there?” or “You look ready to pop!” While we’re on the subject, guessing the due date isn’t advised. Remarks like, “You must be due soon, right?” are only more depressing when you have to respond, “Nope, two more months to go.” Alternatively, I know women who have struggled to gain weight during their pregnancy for one medical reason or another, and comments like, “I can’t even tell you’re pregnant,” can be equally as hurtful. In the end, do everyone a favor and don’t remark on a woman’s size, pregnant or otherwise. Stick to, “You look beautiful.” Anything beyond that is unnecessary.

2. Never suggest a woman is running out of time to have kids.

Again, this should be a no-brainer, right? You’d be surprised how often people, particularly older ones, like to let women in their 30’s know that time is of the essence if they want to have children. Comments like “Tick, tock,” “You better get on that,” or “Don’t you want to give her a sibling?” can seem playful or harmless, but without knowing that woman’s circumstances, they’re better left unsaid. Perhaps she’s been trying to get pregnant for months, or even years. Perhaps that woman suffered some ailment that left her unable to conceive. Perhaps that couple suffered a recent miscarriage and are currently seeking the help of fertility experts. Or perhaps they decided not to have children.

3. How people conceive their children is their own business.

With so many women choosing to have children later in life, it’s likely that many of us have undergone fertility treatments in order to become parents. But just because it’s common doesn’t mean it’s always appropriate to bring up the subject yourself. If a woman is open to sharing, that’s wonderful, but don’t just assume she is. Asking someone with twins if the children are “natural” can feel pretty rude, since it seems to imply that there would be something “unnatural” about them if Mom underwent IVF. (For the record, asking a mom if twins “run in the family” is often a roundabout way of asking the same thing.) How we conceive should remain private, if we prefer it to be—unless you want me to start asking you about what goes down in your bedroom.

4. Keep your opinions on baby’s name to yourself.

We were going to name our daughter Ruby, until my sister ruined it for me by mentioning all the horrible nicknames that rhyme with it. (For the record, my sister’s name is Jacque Daniels. Yep.)

5. You don’t get an opinion on how someone else chooses to feed their child. Period.

I joke about a lot of things, but I take this especially seriously. How a mother chooses to feed her child is a personal decision, and anyone who judges her for it is a hapless idiot. New mothers have so much to consider and so much to worry about without having to be on the receiving end of rude, condescending or critical comments of strangers. For the record, if you want to say something crappy about the fact that I’m feeding my baby formula, you should consider yourself grateful that I’m holding a bottle, because otherwise I’d be throwing things at your face.

6. Don’t touch the belly or baby without asking.

Personally, I really need my space, and I never wanted strangers placing their hands on my baby bump or my newborn. I don’t know where their hands have been! At five months pregnant, I had a card dealer at the Bellagio in Las Vegas—someone who spent her days shuffling dirty cards and dolling out disgusting poker chips—put both her hands on my stomach. Are you kidding me, lady? (The fact that I was hanging out in a Vegas casino during my pregnancy might disqualify me from giving anyone advice, but that’s another story). Touching newborns is even worse, since they’re actually susceptible to all the germs a random individual might be passing on. Like I tell my toddler, keep your hands to yourself please. Or do what my friend does: Every time someone touches her belly, she puts her hand on their face. It’s bold, but it makes the point.

Let’s just all agree that new and soon-to-be mothers deserve a bit more of our compassion and sensitivity that we’re often wont to give. Motherhood isn’t the easiest adventure. It’s our job to support and uplift one another—so if you happen to be one of those people who just can’t help sharing your opinions with complete strangers, let me tell you this: No one asked you and no one cares, so please shut up. 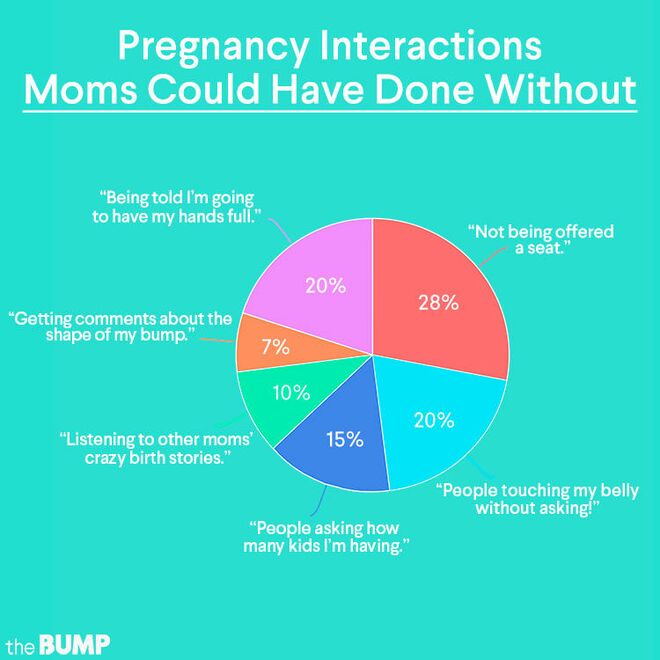 Leslie Bruce is a #1 New York Times bestselling author and an award-winning entertainment journalist. She launched her parenting platform Unpacified as a place for like-minded women to come together on relatable ground, no matter how shaky, to discuss motherhood through an unfiltered, judgment-free lens of honesty and humor. Her motto is: ‘Being a mom is everything, but it’s not all there is.’ Leslie lives in Los Angeles with her husband, Yashaar, and their 3-year-old daughter, Tallulah.