Will Doctors Soon Be Able to Diagnose Autism In Utero? 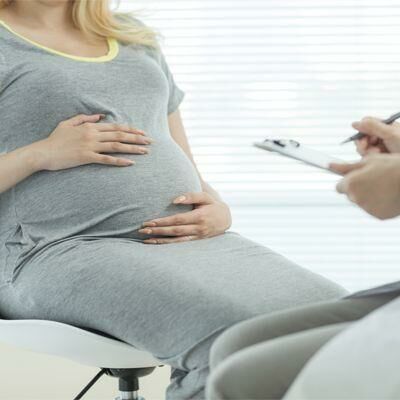 A new genetic identifier, found by researchers at Seattle Children’s Hospital and Research Institute, may allow doctors to diagnose autism before a baby is even born. Dr. Raphael Bernier, who led the study, discovered that a mutation in the CHD8 gene both significantly increases a fetus’s likelihood to develop autism as well as causes many of the physical traits (like larger heads or wide-set eyes) and symptoms unique to children with the same subtype of autism.

This is the first time that a genetic mutation has been directly linked to autism, and researchers claim that it could completely change how doctors screen for autism pre-birth. So what does this mean for your baby? The earlier that autism is detected, the easier it is to treat. “We know that if we can intervene by three or six months of age…we can help the child learn important social communication skills, like eye contact,” says Dr. Bernier. So, recognizing the importance of a CHD8 mutation — especially while baby is still in utero — could have incredible implications for baby’s life as he grows up.

Before this discovery, there was no other data that backed up a specific gene mutation as causing autism. While gene mutations like Fragile X accounted for higher numbers of autism cases, it isn’t a direct cause of the disorder. Now, doctors are positive that screening for autism before birth is going to be a lot easier, and are spearheading a “genetics first” approach to autism diagnostics. And for babies who are diagnosed with autism, that means an easier life right from the start.

What do you think about genetic testing?