After 17 Years of Trying, This Woman Surprised Her Husband That She’s Pregnant 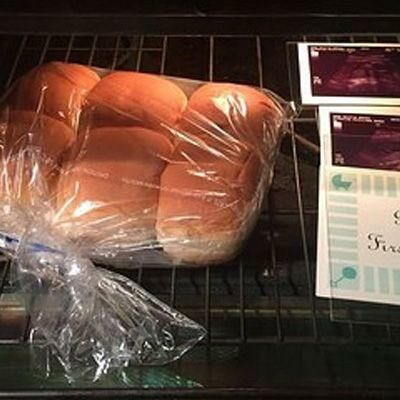 After a stillbirth and four miscarriages, a Virginia couple — who had been trying to get pregnant since they married — gave up on starting a family about five years ago.

But recently, Dana Griffin-Graves noticed she wasn’t losing any weight after walking with her friends, who were shedding pounds.

So she went to the doctor, where she received some shocking news: She was five months pregnant with a baby boy.

“I was ecstatic,” she said. “We hadn’t planned anything, we weren’t trying.”

This mom-to-be’s next predicament? How to break the news to her husband, Arkell.

Griffin-Graves opted for a classic bun-in-the-oven pregnancy announcement. She placed her sonogram — along with some buns — in their oven, and waited for Arkell’s reaction.

That reaction is what made this story go viral.

After the inevitable confusion and dismay, Arkell completely breaks down. Watch the waterworks below. And grab a box of tissues for yourself.

6 Important Things to Do as Soon as Baby Arrives

These Boy Names Are Increasing in Popularity for Girls, Nameberry Says