The whole truth and nothing but the truth.
ByChristine Cordova
Associate Social Editor
PublishedSep 2016 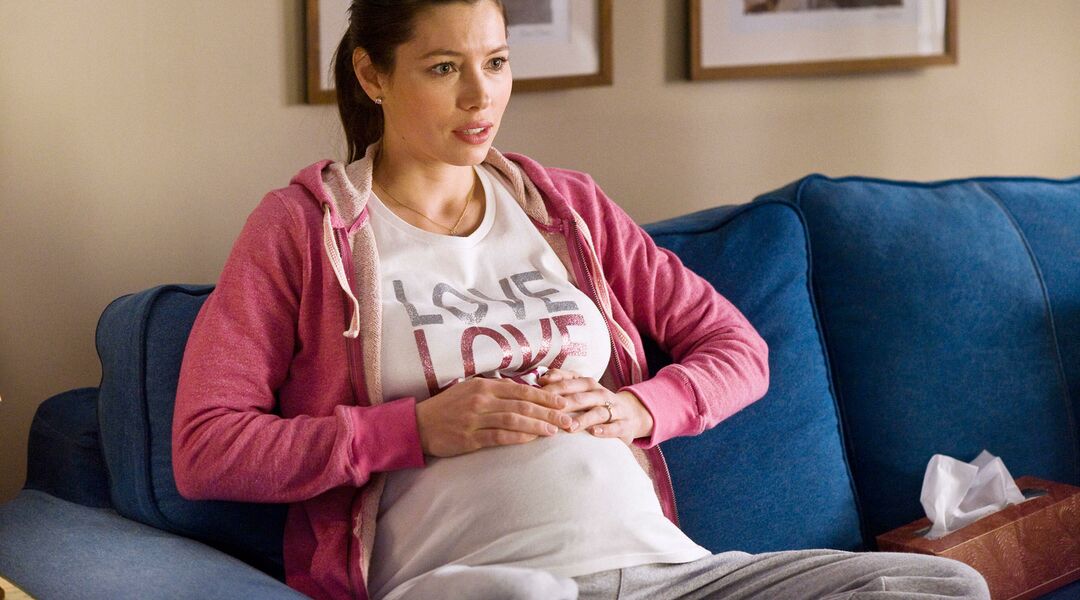 After nine months of waiting, it’s finally time to meet baby. You probably expect some pain and tears as you welcome this new person into the world—but have you thought about what happens after labor and delivery?

Don’t worry, British blogger Bekki Pope has some insight. The new mom’s Facebook post has captured the attention of parents everywhere (including the dad of two Ashton Kutcher). In her post, Pope outlines 20 things no one talks about after pushing out a baby. Warning: Things get a little graphic.

Pain. After. Who knew? When God designed women to give birth, he well and truly screwed us over.
2. Your first pee.

Do not panic. You are not having another baby—it just feels that way. Just remember the size of the thing you pushed out of the front, and the prospect of pushing out what’s in the back won’t be quite so daunting.

‘Oh how cute/such a beautiful baby’ etc. will be said to you and you’ll accept other people’s opinions, but to you it looks like a hairless, slightly purple old grandad with dried blood and skin stuck to its wrinkly face.

Apparently this ‘swelling’ will go down. If it doesn’t, expect ‘big bollocks’ to be part of your son’s school nickname.

6. Their first poo is not actually poo. It’s tar.

You’ll take one look at it and start Googling, “Why do diapers come pre-filled with marmite?’

7. Your first shower will be like a scene from Carrie.

It may feel like you’ll never be right again and that you’ll walk like John Wayne forever, and you might, but you’ll feel so much better for the shower.

They will come and pick yours up with no prior warning. They will squeeze their testicles, massage their tummies to make them crap, and fiddle with their face so much you’re sure the baby looks like it’s had botox when they give it back.

It may seem like it never cries when anyone else holds it or that it enjoys keeping you up all night, but really, it is so dependent on you it’s embarrassing. Human babies are embarrassing.

10. You will say the word ‘latch’ more than you have ever said it in your life.

The idea of a tiny person casually sucking on your nipples suddenly becomes a reality. At this moment, you will feel like an actual proper mum (and a cow).

11. There are people in hospital that can smell your vulnerability.

They will take photos of your baby looking cute and then try and charge you a million dollars for them. They will scroll through the 50 photos they’ve taken of your baby in the same position, asking you to choose your favorites. And if you’ve got a partner like mine, that means you will have to re-mortgage your house by the time he’s done.

The hospital food is as bad as it is so that people decide they would rather be in pain and at home than eating ‘peaches and custard’.

It farts. It burps. It hiccups. It makes such weird noises in its sleep that make you think you’re going to wake up and see Chucky in the cot—head spinning and laughing. You hope people know it’s the baby and not you. Not that you’d know if you were farting, your sphincter muscle control is somewhat lacking at the moment.

14. Everyone you’ve ever met will want to come to the hospital to see you.

People get over-excited about visiting hospitals. They feel VIP when they walk into a ward. You are a VIP: a very in-pain person. And you look and feel like death. So only accept visitors if you are up to it. You’re still so high on drugs that making conversation with adults is like trying to sieve flour with a fishing net. Everything just pours out of you and none of the shit is stopped getting through.

15. Your tummy is now resembling a balloon that’s slowly deflating and feeling very sorry for itself.

If you press it, you instantly conclude that it would make a fantastic trampoline for Stuart Little. Or that if you sliced it up right now, the hospital kitchen staff would use it and pawn it off as nectarine jelly.

16. They want you on birth control right away.

Countless midwives will come and talk to you about how fertile you are and how likely you are to become pregnant again. But they’re forgetting one crucial thing: You’re never having sex again. You never want to see a penis again. And if one comes near you, you’ll most likely destroy it for the sake of women everywhere. The end.

Your brain is angry, your eyes are angry, your tummy, your bladder, your bum. Your vagina isn’t angry. It’s f-ing livid. Give it a while to calm down but right now, you and her aren’t friends.

18. People ask you if your milk has come in yet, and you half expect someone to waltz through the door and stay with you forever, handing you milk as your baby needs it.

What actually happens is that, about three days in, your boobs start to leak like they have forgotten they are breasts and now believe they are garden sprinklers.

You are taking up valuable bed space and now you have delivered your stinky human bundle and they’ve checked it over to make sure it isn’t a live Picasso painting, you’re free to leave. Don’t. Not until you’re ready. Get all the help and advice you need before going home. Because once you’re at home, your baby is expecting you to know what you’re doing and you’ll wish you’d stayed longer at the hospital. If to only delay the car seat fiasco a little longer.