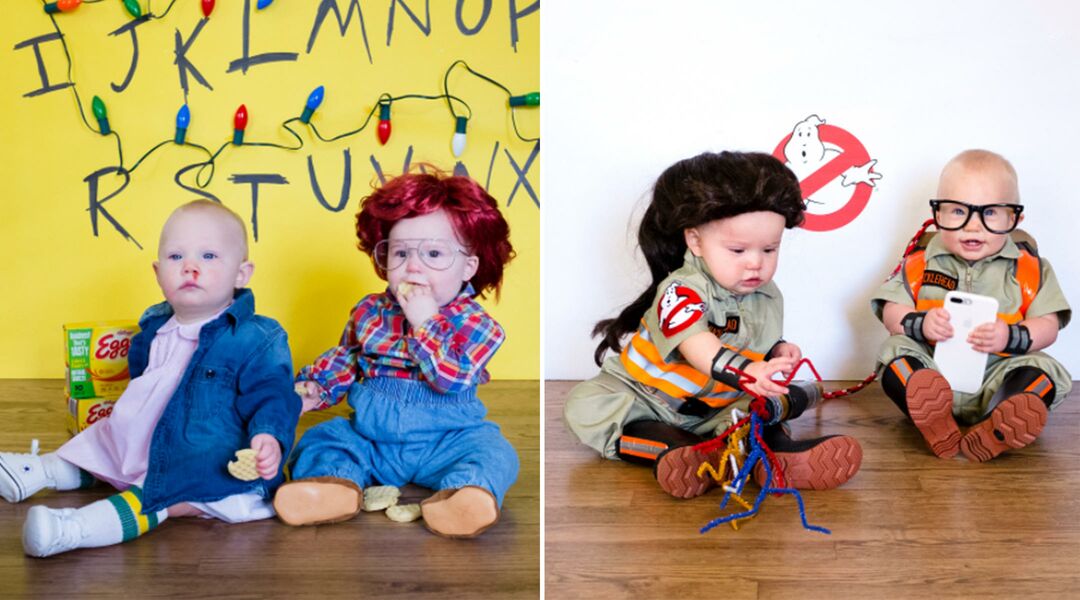 Mom Doubles Down With 31 Days of Halloween Costumes

"I just had too much Halloween craftiness bursting inside for just one costume."
PUBLISHED ON 10/27/2017

If you're still struggling to nail down this year's Halloween costumes, you might feel a little intimidated by Lauren Mancke. She's almost complete with the #ManckeMonthOfCostumes, a self-imposed challenge in which she creates different costumes for her 9-month-old twins for every day in October.

Mancke does have an unfair advantage; this South Carolina mom is a designer. And she's done this before, with her son, Fox, in 2015.

“I just had too much Halloween craftiness bursting inside for just one costume," she tells Babble of how the project began. "I basically had to get it all out while he was still little."

Now, she has double the outlet for her creativity. And she says none of it is particularly hard.

“DIY costumes aren’t difficult,” she says. “Most of these that we’ve done are made with clothing that we already had or borrowed, a few craft supplies and colored duct tape.”

Take a look at some of the standouts below.

As for what they're going to be on Halloween? That's TBD. Their family costume is up to big brother Fox, who's undecided.