AAP: Babies Should Sleep in Parents' Room for a Year 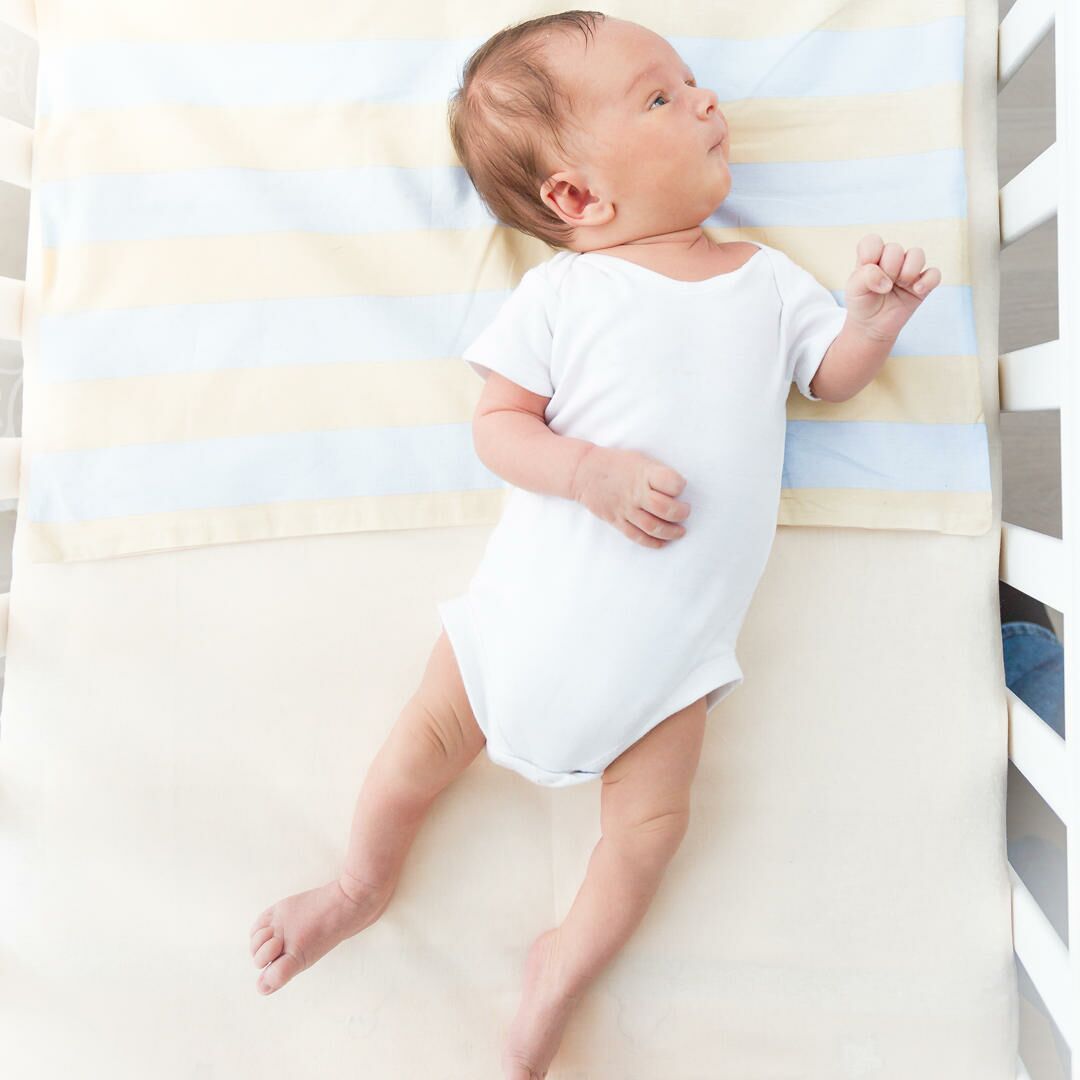 The American Academy of Pediatrics (AAP) is rounding out SIDS Awareness Month with a freshly-updated set of infant sleep guidelines, applicable for babies up to one year old. While much of the information is not news to most parents (babies should sleep on a firm surface and on their backs), one new recommendation in particular stands out: Babies should sleep in the same room (but not in the same bed) as a parent for six months and ideally up to a year.

Researchers say that room-sharing can reduce SIDS risk by up to 50 percent, especially during the first four months of life when baby is especially vulnerable. The reason? As you’d expect, placing a crib or bassinet within view and/or reach of the parents’ bed can facilitate better monitoring, easier feeding and faster comforting. At the same time, keeping baby out of the parent bed eliminates the associated risk of suffocation, strangulation and entrapment.

While there are several products out there created to make co-sleeping safer, the AAP will not approve or disapprove of them, finding “no evidence that these devices reduce the risk of SIDS or suffocation or are safe.” This applies to both in-bed and bedside sleepers. However, bedside sleepers (bassinets that attach to the side of the parent bed) do have published standards by the CPSC, making them more acceptable for use.

Despite a clear recommendation against co-sleeping, the AAP is finally recognizing that many parents will fall asleep with baby, whether intentional or not. In the event that you do doze off while feeding, the AAP says “evidence suggests that it is less hazardous to fall asleep with the infant in the adult bed than on a sofa or armchair.” And once you wake up, it’s important to place baby in his or her own crib or bassinet.

Wondering what other safe sleep recommendations made the list this year? The rest of the report is bulleted below.