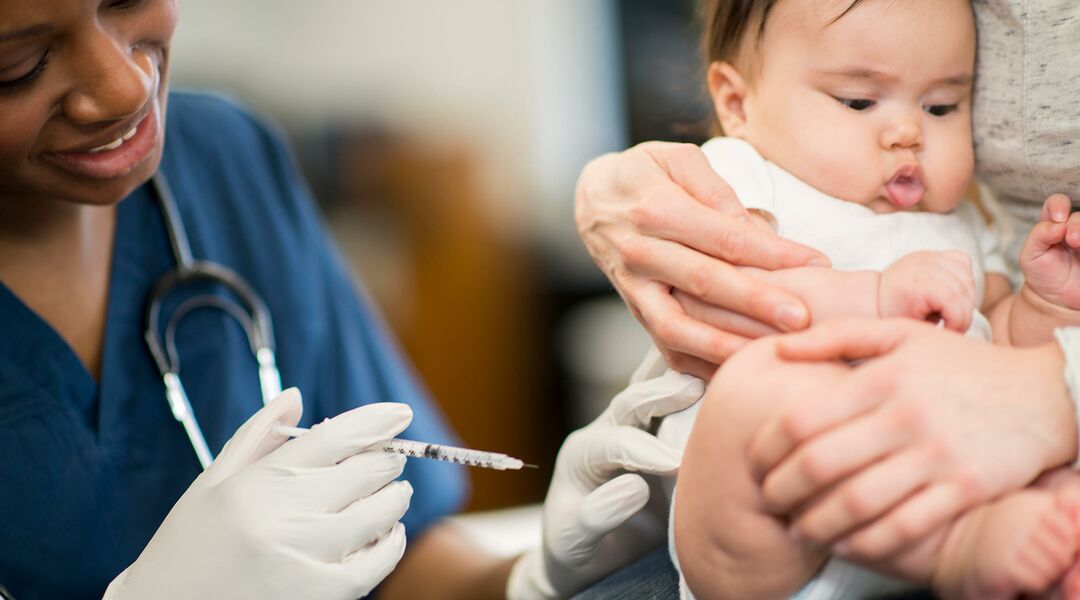 Just in time for flu season, these guidelines are meant to help stop the spread of disease.
PUBLISHED ON 10/28/2017

The dropping temperatures of fall into winter bring to mind cozy clothes and the holiday season, but it’s also a time of increased worry for parents as illnesses begin to spread. Influenza activity often begins to increase in October and November, and while it’s impossible to shelter your child entirely, some simple precautions can help stave the spreading of bacteria-born disease. The American Academy of Pediatrics (AAP) recently issued an updated guideline focusing on procedures that would help do just that in the place where it’s often needed the most—your pediatrician’s waiting room.

While many of the recommendations may seem like no-brainers to most germ-conscious folk, the AAP’s recent release holds pediatrician offices more to the Center for Infectious Disease Control’s hospital standards of hygiene and infection control. Updated from 2007, these guidelines, titled “Infection Prevention and Control in Pediatric Ambulatory Settings,” stress having alcohol-based sanitizers readily available within the waiting room, as well as sterile face masks for sick children to use to contain mucus and spit.

Also included are clear instructions on “respiratory hygiene and cough etiquette strategies for patients with a respiratory tract infection,” “safe handling and disposal of needles and other sharp medical devices,” and “appropriate use of personal protective equipment, such as gloves, gowns, masks, and eye protection.”

And in probably the most significant change from the 2007 version, the AAP now requires mandatory flu shots for all healthcare providers and office employees, as well as proof of immunity from other vaccine-preventable illnesses, such as measles, mumps, rubella, and hepatitis B.

Of all the recommendations, the only one that the kids themselves may protest still hasn’t changed from those issued ten years ago—in 2007 the AAP wrote “furry toys are less desirable” in waiting rooms because of the possible spreading of germs. A decade later, the academy still maintains that “furry and plush toys such as stuffed animals are difficult to clean and can harbor germs and should generally be avoided in clinic waiting areas and game rooms.”

However, if the stuffed teddy bear from home needs to come along for comfort, the AAP says that’s A-OK.