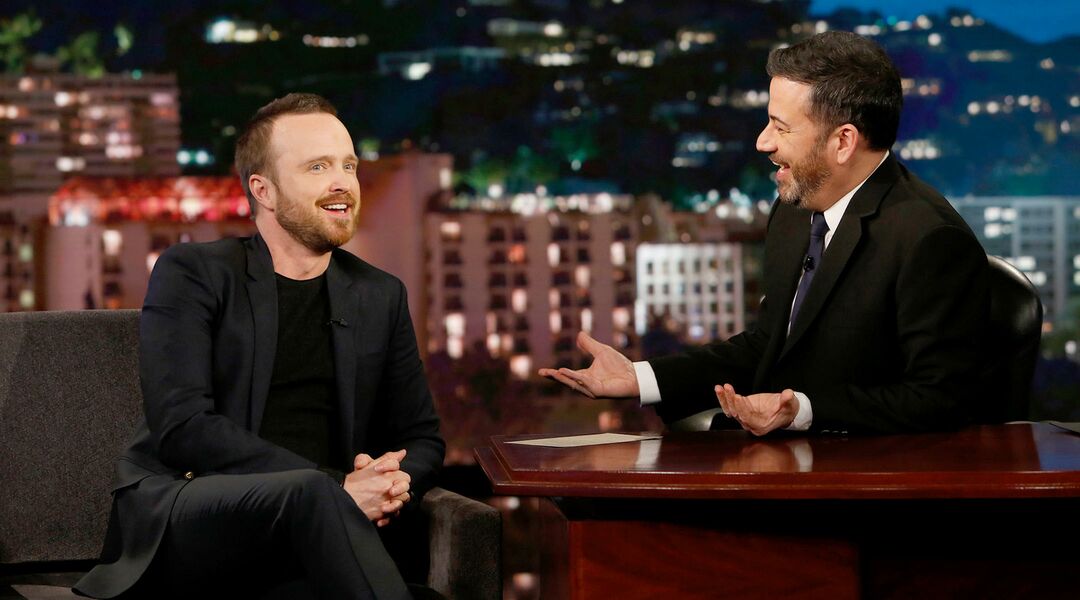 What Dads Shouldn't Do During Labor, According to Aaron Paul's Doula

Be honest: Did you know what a doula was before this whole pregnancy thing began? If your answer is no, you’re certainly not alone, as Breaking Bad actor Aaron Paul made clear on Jimmy Kimmel Live! last week.

“I had no idea what a doula was, but she’s teaching us some stuff,” Paul told Kimmel, speaking for himself and his wife, Lauren Pareskian. But when pressed for what exactly that “stuff” includes, Paul explained it’s mostly a list of don’ts.

A doula is essentially a birth coach who can offer support, but who doesn’t replace your health care practitioner. But Kimmel has his own doula definition.

“‘Doula’ means husband substitute,” Kimmel says, “Because all the things you’re supposed to be doing, she steps in and takes care of.”

“She’s just telling me what not to do,” Paul reiterates. We want to let him in on a little secret: That’s all he needs to know. Take it from Ryan Reynolds, who only learned what not to do in the delivery room after facing the wrath of Blake Lively. Lest we forget his most memorable piece of advice: “So your wife will pretty much never think it’s funny or charming if you tip your imaginary top hat and say, ‘At your cervix.”