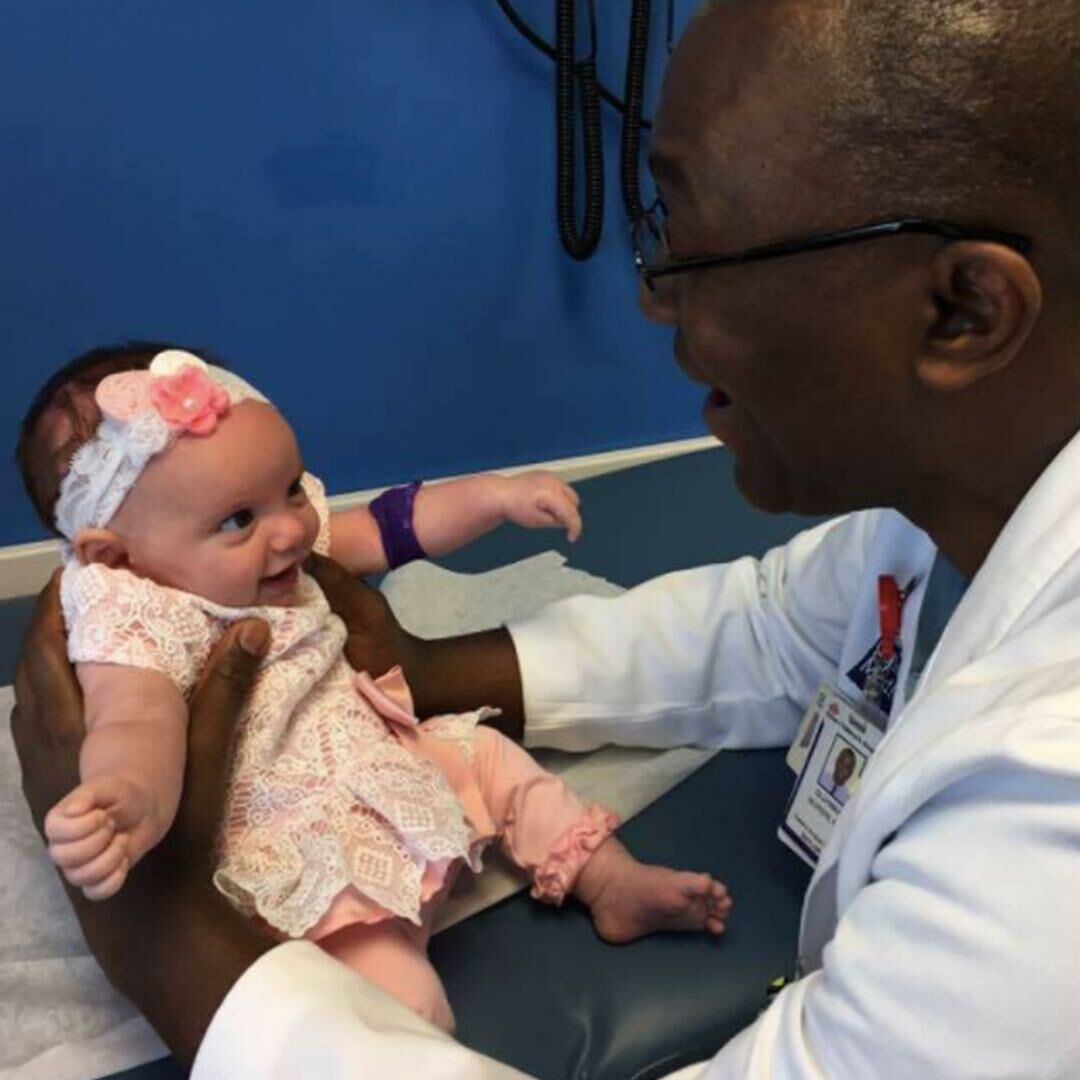 Baby Lynlee Boemer’s first debut into this world was a temporary one. Delivered at 24 weeks, she had a massive tumor removed before being placed back in her mother’s womb to continue developing. In June, she was “born again,” so to speak. And now, her parents are happy to report she’s thriving.

“It was her second birth, basically,” mom Margaret Boemer told NBC affiliate KPRC2. “It was a relief to finally see her and see that she had made it through all the difficulty that she had and with her heart… after the open fetal surgery her heart had time to heal while I was still pregnant with her so she has no heart issues now and is just doing amazing.”

In spite of the heart issues Boemer describes, Lynlee’s procedure wasn’t actually on her heart. At Boemer’s 16-week checkup, doctors discovered a sacrococcygeal teratoma on the fetus—a tumor that grows near the tailbone. Only one in 30,000-70,000 live births are affected by sacrococcygeal teratomas, and the (usually) non-cancerous tumors can be easily removed. But for fetuses, it’s a different story. The tumor’s rapid growth requires high blood flow, straining baby’s heart. At around 24 weeks, Lynlee started experiencing heart failure.

“We knew that if we didn’t choose the option of emergency surgery that night, that within a day or so she would pass,” Boemer said.

So doctors extracted Lynlee’s legs and torso from Boemer’s uterus, removing most of the tumor. As they anticipated, the baby’s heart stopped, but a cardiologist was on call to resuscitate her.

Lynlee was placed back in Boemer’s womb, where blood flow from mom to baby facilitated growth and healing, ultimately resulting in a healthy delivery at 36 weeks. Since her “second birth” on June 6, Lynlee has had her tailbone removed to prevent the regrowth of a tumor. While it’s unclear whether or not this will affect her development, her parents say they’re just happy she’s alive.