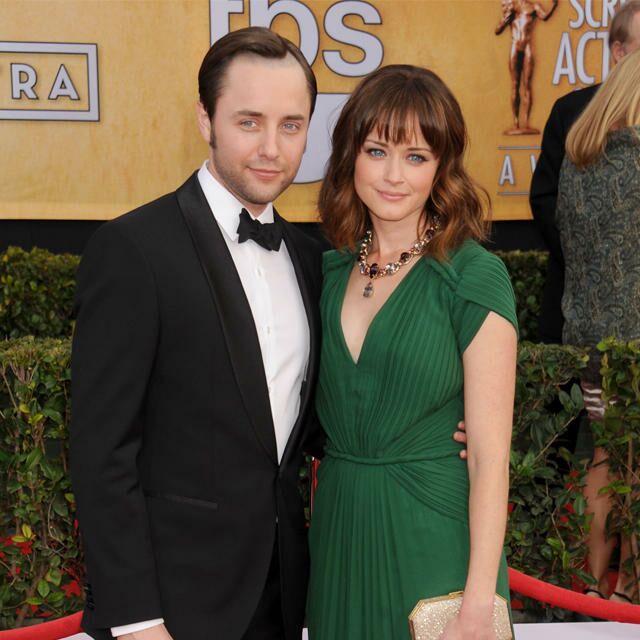 Celebrities are making our jobs pretty difficult lately. We barely confirmed actress Eva Mendes was expecting again before news broke that she delivered her second baby. But Alexis Bledel has seemingly outdone her; the Gilmore Girls star welcomed a baby boy last fall, which the world learned after co-star Scott Patterson spilled the beans to Glamour.

Bledel, 34, is known for keeping her personal life exceptionally private. She and husband Vincent Kartheiser of Mad Men, 37, married in an under-the-radar ceremony in 2014, and the couple never confirmed the rumors that Bledel was pregnant. We’ll credit her Sisterhood of the Traveling Pants co-stars for keeping this one underwraps—the foursome remains close friends, and were rumored to be the godparents of Blake Lively’s daughter, James.

Like Bledel, Lively also kept her baby’s birth— and name—a secret for quite some time, and has yet to discuss her second pregnancy. But if Bledel was too busy to worry about birth announcements because she’s hard at work on the Gilmore Girls revival, that’s fine by us too. If she’s anything like her character Rory, we suspect that she opted for a literary-inspired name.