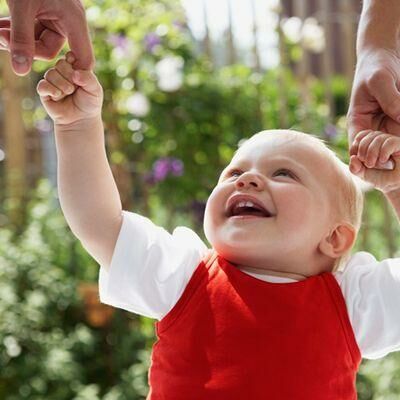 Hip, hip hooray! Earlier this week, the American Academy of Pediatrics came out in support of same-gender civil marriage for same-gender couples, as well as supporting full adoption and foster care rights for all parents, regardless of their sexual orientation. The academy believes it is the best way to guarantee benefits and security for their children.

Ellen Perrin, one of the co-authors of the policy statement, said, “If a child has two loving and capable parents who choose to create a permanent bond, it’s in the best interest of their children that legal institutions allow them to do so.”

The report was published in the April 2013 Pediatrics, which is published online in March. Benjamin Siegel, chair of the AAP Committee on Psychosocial Aspects of Child and Family Health (also co-author of the AAP’s policy statement) said, “Children thrive in families that are stable and that provide permanent security, and the way we do that is through marriage. The AAP believes there should be equal opportunity for every couple to access the economic stability and federal supports provided to married couples to raise children.”

In 2002 and again in 2010, the AAP came out in support of second-parent adoption by partners of the same sex, as a way to protect a child’s right to maintain a relationship with both parents as well as health and financial benefits. Yesterday, the report released recommended support of civil marriage for same-gender couples, single parent adoption, and foster care placement regardless of sexual orientation.

Ellen Perrin, another co-author of the policy statement, said, “The AAP has long been an advocate for all children, and this updated policy reflects a natural progression in the Academy’s support for families.”

Prior to the public policy statement, the AAP consulted a great deal of scientific research documents that concluded there is no cause-and-effect relationship between parents’ sexual orientation and children’s well-being. According to their policy statement, the AAP “supports pediatricians advocating for public policies that help all children and their parents, regardless of sexual orientation, build and maintain strong, stable, and healthy families that are able to meet the needs of their children.”

How do you feel about the AAP’s policy statement?