They worked with real female NASA employees to create the doll and her story.
ByAnisa Arsenault
Associate Editor
PublishedDec 2017 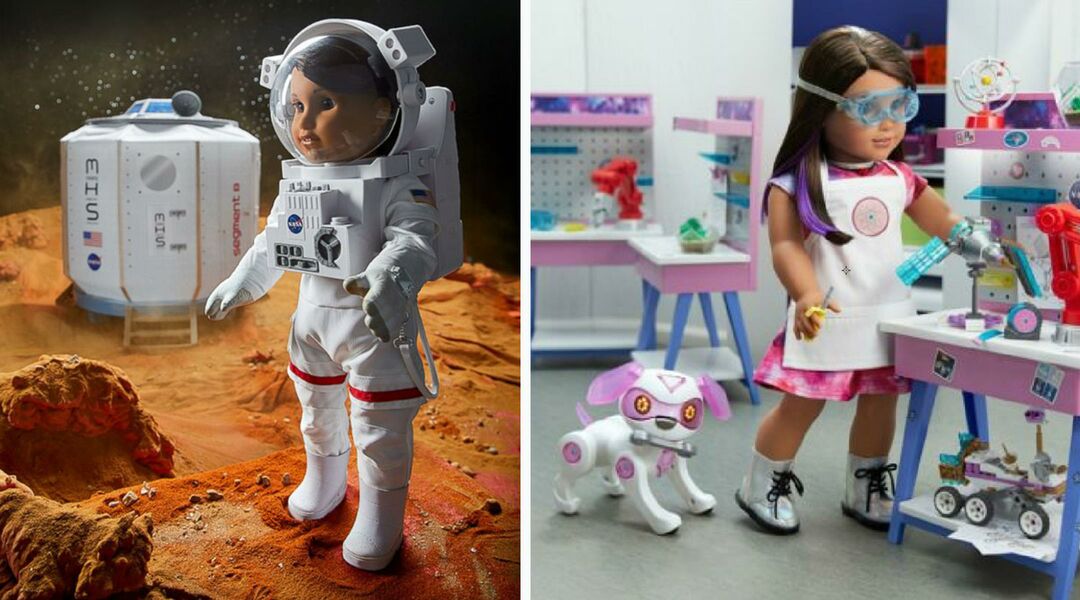 We’ve seen a poet, a surfer, even an aspiring entrepreneur—but never before has American Girl introduced a doll completey immersed in STEM. Meet the 2018 Girl of the Year: Luciana Vega, an aspiring astronaut.

Like all American Girl dolls, Luciana, unveiled yesterday on Good Morning America, comes with a backstory. She’s an 11-year-old of Chilean descent who dreams of going to Mars. Two books in the Luciana series are available now, and a third will be released in May. And to help get her story just right, American Girl worked with several female employees at NASA, including an astronaut, a scientist and a CEO.

In terms of Luciana’s accessories? Get ready for a space suit, a robotic dog, and a Mars habitat full of research tools, to name a few.

“We’ve had STEM products before, but we really wanted to do a whole character to show girls that STEM is cool,” says Rebecca Dekuiper, a designer at American Girl.

American Girl won’t just be showing girls STEM is cool—they’ll be helping them learn basic concepts too. Together with Scholastic, NASA and Space Camp, American Girl will offer a free educational program called “Blast Off To Discovery” on Scholastic’s website starting Jan. 31.

Luciana launches into stores on Jan. 1.