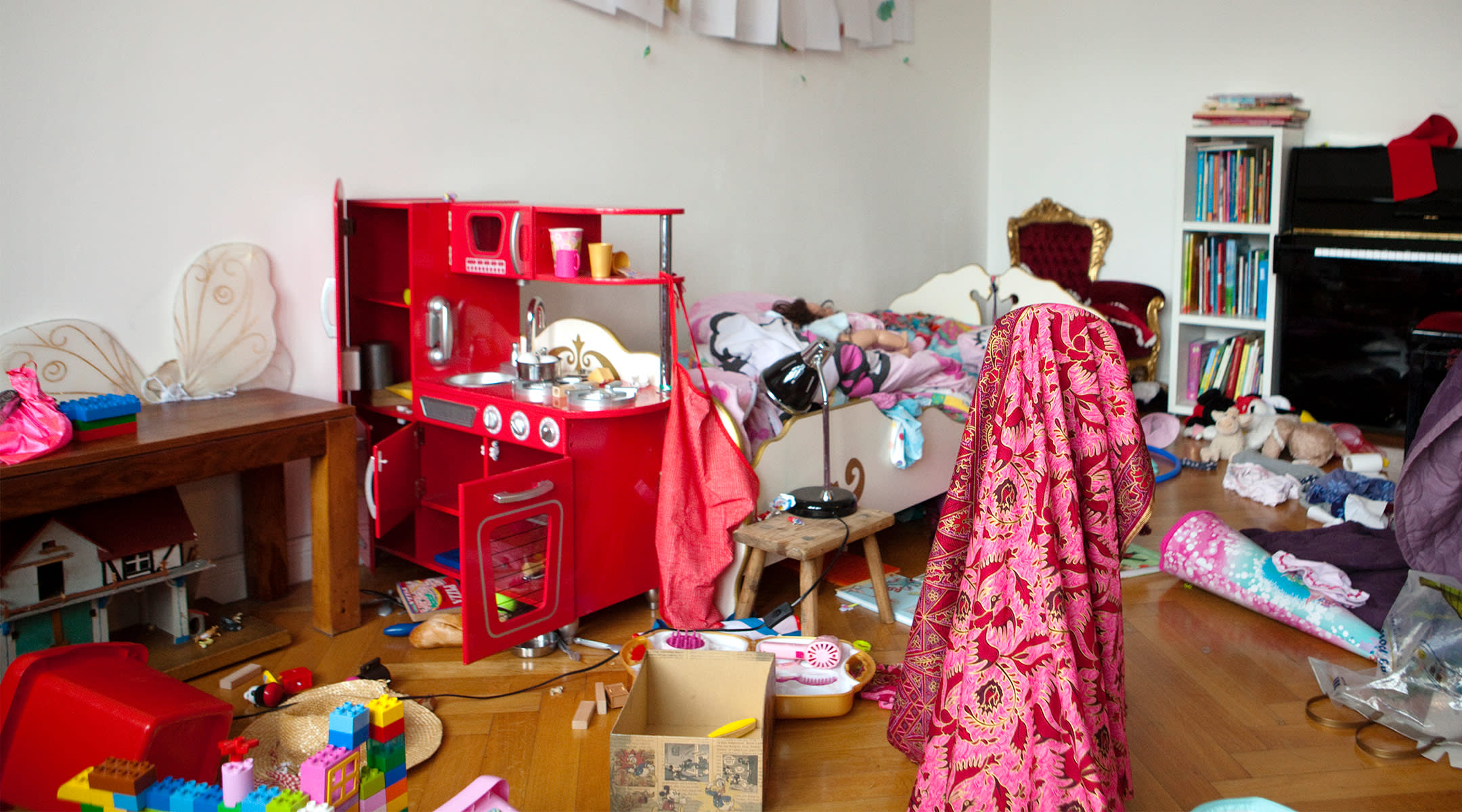 But the way they’re handling it is dependent on their age and gender.
PUBLISHED ON 01/17/2020

People in general, especially parents (hello, multiple strollers, car seats, sets of clothings, toys, etc.) accumulate a lot of stuff. While, in some ways, clutter is unavoidable, it’s actually stressing Americans out, according to a new survey—so much so that some people are losing sleep over it.

An online survey conducted by Mercari, a resale app for buyers and sellers, surveyed 1,174 Americans on their attitude around household clutter towards the end of 2019. The survey found that most Americans are stressed out by how much stuff they accumulate. Of the respondents, 63 percent said they “have too much stuff,” while 37 percent stated that they have experienced “extreme anxiety” due to messy and unorganized spaces within their home—21 percent even said they had lost sleep over it.

According to the survey, 38 percent of respondents said that "accumulating less stuff" is one of their New Year's resolutions for 2020—but how they plan to go about this varied based on age and gender. While 30 percent of Gen Z Americans planned to sell their unwanted gifts, only 9 percent of Baby Boomers stated they planned to do the same. Similarly, 32 percent of Gen Xers said they will most likely "regift" unwanted holiday presents, which was higher than average for American adults overall (28 percent). Women were also more likely to regift (30 percent) than men (25 percent), but men were also more likely to hold onto gifts they didn’t want (26 percent of men vs. 19 percent of women).

"We see the surging popularity of resale in the U.S. being driven by younger consumers' attitudes about clutter and sustainability," John Lagerling, Mercari U.S. CEO, stated in the news release. "Their mindset as consumers contrasts with their parents' views, and their relationship with their possessions is changing."

Clutter is, in a lot of ways, unavoidable. If you’re looking for ways to be a little more minimalistic when it comes to your belongings in 2020, check out our top tips for decluttering your nursery, your home after the holidays and your kids’ overstuffed toy bins.