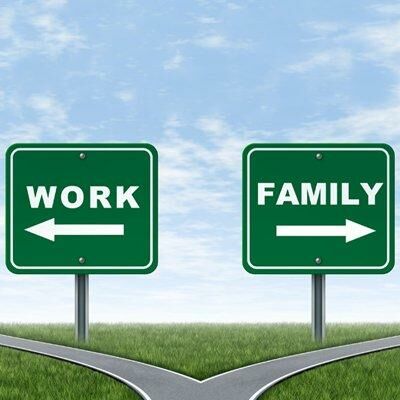 Jessica Shortall is a working mom with a career dedicated to the intersection of business and doing good. As the former Director of Giving for TOMS Shoes, she literally circumnavigated the globe with a breast pump, and now she’s here to give you advice for dealing with the challenges of being a working and pumping mom. Order her new book from Abrams,  Work. Pump. Repeat.: The New Mom’s Survival Guide to Breastfeeding and Going Back to Work, available now!

We need to talk about maternity and parental leave. It’s time. Because America is one of only handful of countries — and the rest of them are tiny — with no national, paid parental leave. And yet in America, where 40 percent of American households are led by a female earner, a full  88 percent of working women have no access to even a single day of paid maternity leave.

I’m heartbroken at the moral problem of a country that claims to revere families but won’t support their basic well-being. But I’m also frustrated at the lack of economic foresight. Mothers, babies and families are healthier and more financially stable when parents have paid time at home. We should care about the health of our current and future workforce…right?

We should care, for example, about Julie, who reached out to me via email. She works in one of those high-tech industries that politicians are always calling “the future of the American economy.” She is six months pregnant with her first child. Because her company is very small, she is ineligible for FMLA, the federal policy that affords about half of working women the ability to take unpaid leave after giving birth. Still, Julie’s employer is going to allow her to take some unpaid time off. But unpaid means, well, unpaid. She will still have bills to pay, only but higher, with a new baby at home. So in order to afford this unpaid time off, Julie has recently taken a second job. It’s an eight-hour night shift, on her feet, at a local casino. At this job, she is surrounded by cigarette smoke.

Without the casino income, Julie estimates she can only afford to take two weeks off after giving birth.  Two weeks is the reality for  23 percent of working mothers in America. Two weeks means that she probably will still be bleeding when she goes back to work. Two weeks means she will have an elevated risk of developing a postpartum mood disorder. Two weeks means — and this matters a lot to the American economy twenty years from now — that she might think twice about having a second child and going through all of this again.

“I’m already extremely stressed, overworked and questioning my sanity,” Julie told me. “I’m really concerned for my mental health and also the well-being of my baby.”

Me too. I stayed up last night worrying about Julie — a woman I’ve never met.

Last month, I gave my first-ever TEDx talk, on the SMU campus in Dallas. It’s a forum to share “ideas worth spreading,” and it didn’t take me long to figure out what, for me, that big idea would be. I gave my best shot at a battle cry, a call to action, a demand that we no longer ignore the horrifying stories of millions of working mothers. The data that shows that we are putting our country at risk: economic risk, health risk, people risk. Here it is:

It was the least I could do to honor the stories that women like Julie share with me.

Julie closed her email to me by writing, “I can only dream of a day when we all make a stand and come together to benefit new mothers and the future generations of new babies coming into this world.”

(P.S. You can, in two clicks, say that you, too, support paid family leave.)

What’s at Stake for Moms This Election? We Asked Chelsea Clinton