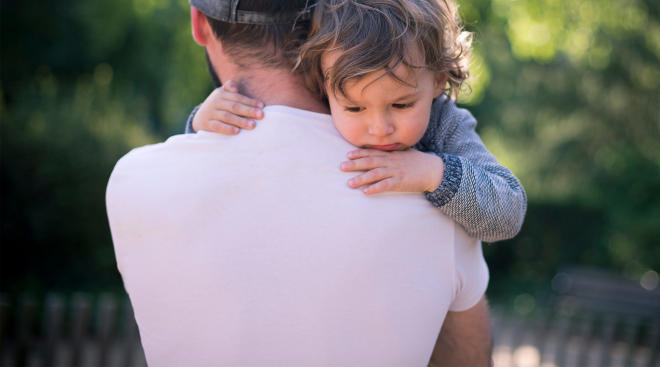 “Any suggestions for precautions I can take to protect her would be very much appreciated.”

That’s what one unnamed anti-vax mom wants to know. Her now viral question has sparked a lot of attention on social media, where Twitter users are quick to offer some advice—get her vaccinated.

The mom originally posted the message in a private anti-immunization Facebook group, and it has since been shared to the public.

“My 3-year-old is not vaccinated and there is currently a measles outbreak in my state,” the mom explains in the group.

The best way to protect your kid from the disease is the MMR (measles, mumps, rubella) vaccine. The immunization is highly effective and not related to autism. In fact, the research study that initially suggested the measles vaccine/autism link was retracted by the journal that published it.

So of course, social media responded with quippy responses to point this out.

All jokes aside, fear of vaccines is a serious problem many parents have. It’s why the World Health Organization (WHO) has listed it as one of the top global health threats for 2019.

There’s been a recent spread of measles across a Washington county, which is known not to get kids immunized. As of this week, there have been 41 confirmed cases and 15 suspected cases since the beginning of the year. Most cases are affecting children younger than 10. Health officials have officially declared a public health emergency, according to USA Today.

At the base of vaccine hesitancy is a concerned parent, who’s probably read information provided by anti-vax groups, who make immunization seem unsafe. But keep in mind vaccines undergo rigorous testing before they come out on the market, and there are regular follow-up tests. Plus, potential side effects like diarrhea, an allergic reaction, a rash or fever are less scary than baby getting something as serious as diphtheria or polio.

Remember, vaccinating yourself and your kids is one of the most cost-effective ways to avoid disease, and currently prevents 2 to 3 million deaths a year, according to WHO.