Are tech-savvy parents armed with too much information?
ByAnisa Arsenault
Associate Editor
PublishedJan 2017 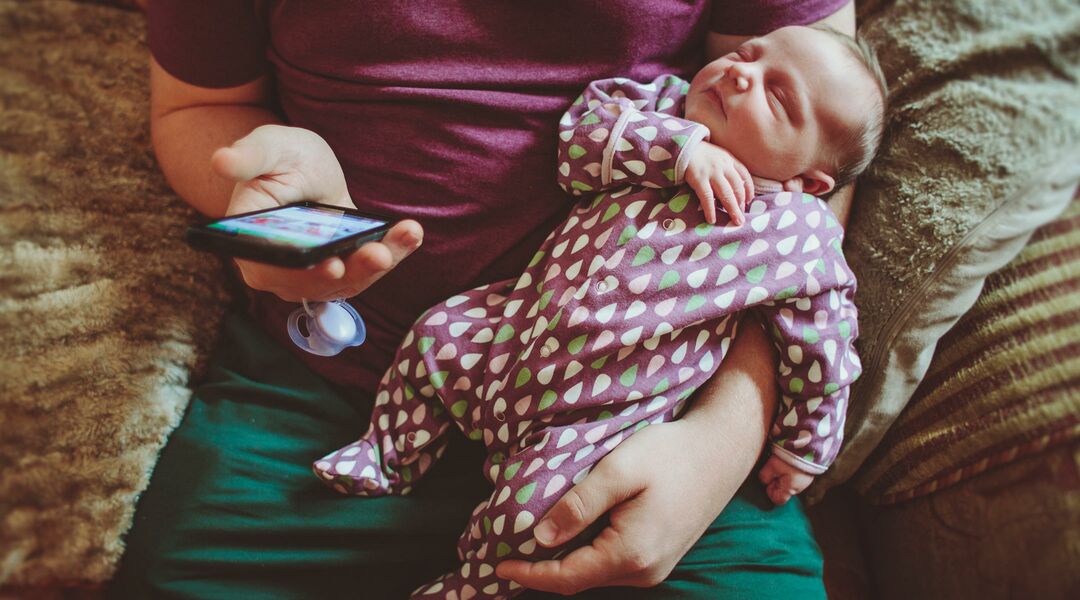 From logging diaper changes to tracking temperature, there’s a baby-centric app for that. And for the most part, this technology is changing parenting for the better. But is it possible to go too far? The American Medical Association (AMA) seems to think so, cautioning parents on their use of app-enabled products that monitor vital signs.

“There is no evidence that consumer infant physiologic monitors are life-saving, and there is potential for harm if parents choose to use them,” they write. One specific risk? Unnecessary hospital visits from a single abnormal reading. Healthy infants sometimes have oxygen desaturations (think: sleep apnea) that resolve themselves. But each instance would be reported to parents, who would likely assume it was an emergency.

The team evaluated five specific monitors: Baby Vida, MonBaby, Owlet, Snuza Pico and Sproutling. Despite a lack of medical evidence that these types of activity trackers work, there’s been a surge in sales over the past two years. The stated intention of the devices is to alert parents when something is wrong. But the vagueness of that health claim allows them to dodge FDA regulation.

“Consumer infant physiologic monitor websites avoid direct statements that their products diagnose, treat or prevent disease, yet their advertised role is to alert parents when something is wrong with their infant’s cardiorespiratory health,” the report reads. “In a video featured on the front page of the Owlet website, the company’s chief executive officer states, ‘We can’t promise to prevent Sudden Infant Death Syndrome (SIDS) right now, it’s an unknown issue but…we believe notifying parents when something’s wrong can maybe help.’”

We’re all about peace of mind for new parents, and have featured some of these monitors—the Owlet, most recently—before. And while the AMA does express concern about the devices “stimulating unnecessary fear, uncertainty and self-doubt in parents,” they concede that with proper regulation, infant trackers could have a place in the nursery.

“There are a few potential paths to establishing the safety, accuracy, and effectiveness of consumer infant monitors. The first is for the FDA to step in under existing law,” they write. Beyond that, publicly-available clinical research would help hold the companies making these monitors and apps accountable. If a product can effectively and correctly identify a problem with your baby, that’s a helpful innovation. But the medical community would like to see quite a bit of proof.

The Black Friday Baby Deals You Don’t Want to Miss

The Best Black Friday Deal for You, Based on Your Zodiac Sign

What to Do About the Sophie La Girafe Mold Problem

12 Surprising Baby Items You Can Buy With Pre-Tax Dollars

Ride in Style: 14 Best Strollers for Every Need