This Unexpected Celebrity Is Gearing Up for Baby No. 2

Not all her fans are thrilled.
ByAnisa Arsenault
Associate Editor
PublishedOct 2017 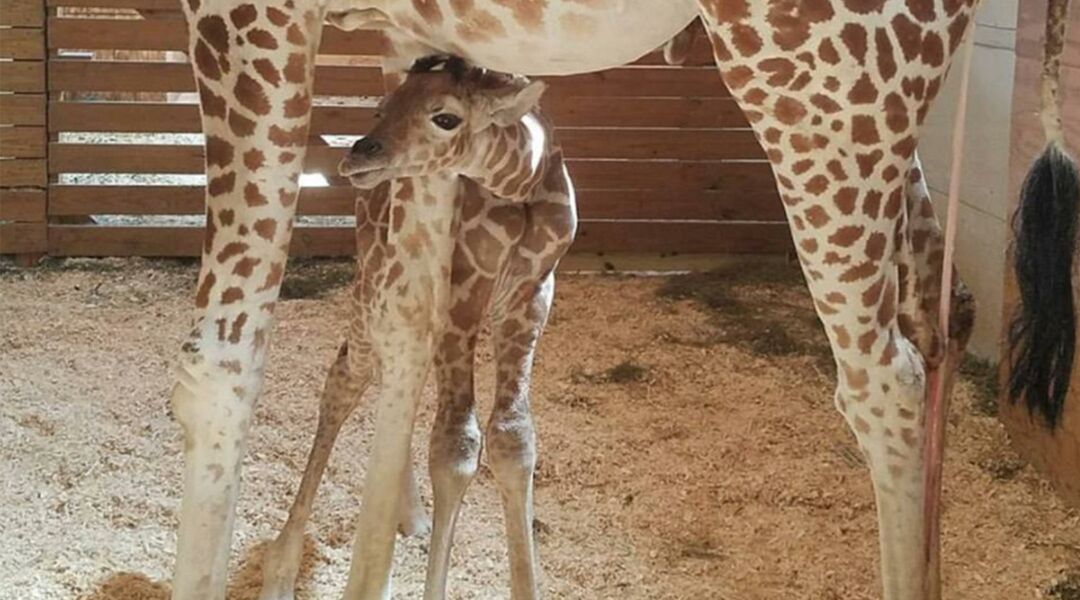 Essentially, April and Oliver have been cleared to mate again. The zoo will let nature take its course—they’re not forcing a second pregnancy. While most reactions were extremely positive, there was one notable critic: PETA.

In a statement, Brittany Peet, PETA Foundation Director of Captive Animal Law Enforcement, explained why the organization is unhappy with the news. It’s more about giraffes in captivity than it is about pregnancy.

“Fragile, sensitive giraffes don’t belong in captivity—or in freezing upstate New York. Animal Adventure Park already wrung every dollar and video hit that it could out of this giraffe’s pregnancy, and now it can’t wait to do so again. Since 80 percent of captive giraffes display severe stress-induced behavior, such as endless pacing, and more than 150 of them have died prematurely behind bars in U.S. facilities since 2000, PETA is calling on this zoo to prioritize animal welfare over fleeting online fame and end its shameful giraffe-breeding program.”

“Preservation and conservation are a top priority for the park, which has been evident through the entire journey with our giraffes,” park owner Jordan Patch said in a statement. “We have been able to educate the world. What was dubbed the silent extinction in 2016 is no longer silent in 2017. We didn’t ask for viewership, we didn’t promote the giraffe cam, and we certainly didn’t plan on a worldwide phenomenon. However, we received it. We used the platform and audience to educate on giraffe conservation, dwindling populations, and habitat destruction. We’ve been able to couple that message with the donation of tens of thousands of dollars to support the conservation efforts in Africa.”

And for the clincher:

With stakes this high, it seems fair to say the hype will be just as real if and when April becomes pregnant. Once again, her 15-month pregnancy will make pregnant women think nine months is a piece of cake.

Will I Love My Second Child as Much as I Love My First?

Length of Time Between Pregnancies Can Impact Preterm Birth: Study

Q&A: Will My Toddler Be Jealous?

Mila Kunis Has No Idea How Far Along She Is

How Should I Prepare My Toddler for the New Baby?

How We Made the (Hard) Decision to Have Only One Baby

My Biggest Fear in Having Baby No. 2: Why I Shouldn’t Have Worried