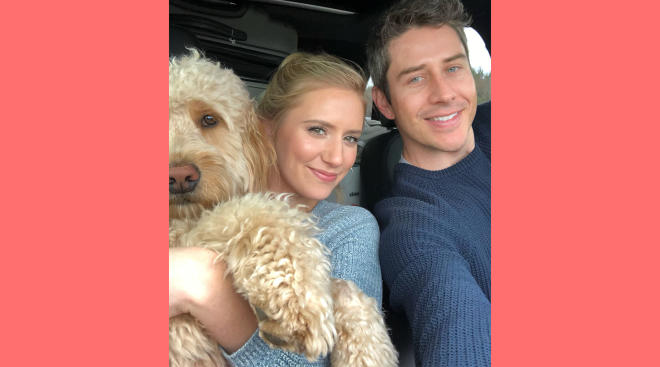 They’re played out, they’re in poor taste, and they’re plain just not funny, but that didn’t stop The Bachelor’s Arie Luyendyk Jr. from sharing an April Fool’s Day pregnancy announcement.

“Secrets finally out, we have a bunny in the oven! @laurenburnham91,” he wrote on Twitter, sharing what looked like a photo of fiancée Lauren Burnham sporting a baby bump. An hour later, he followed up: “APRIL FOOLS!”

The first of many, many reasons this isn’t cool: Luyendyk shared it, and not Burnham. If anyone is making a joke about pregnancy, it should be the person whose body is involved.

The second: Making light of a pregnancy announcement can be extremely hurtful to those trying to conceive or who have lost a child. As emphasized by a viral post last week from Love What Matters, the pain of losing a child—or not being able to have one—is irreconcilable with making jokes about pregnancy.

Even Luyebdyk’s fans seemed to feel the same way.

“Love you guys but hopefully this isn’t a joke,” one user tweeted before Luyebdyk confirmed that it was. “A lot of people struggle with getting pregnant or losing babies and that would be f-ed up and selfish. Just an odd day to share it is all. Hopefully a congrats will be in order.”

“Come on. Be better than that,” tweeted another. “It’s not a joke for many struggling families to get pregnant, it’s extremely expensive and it’s heartbreaking. I wish nothing but the best for Arie and Lauren but this is not funny, it’s cruel.”

And finally, a hotter take:

Just about 1 in 8 couples experience some degree of infertility, and the rate of pregnancies that end in miscarriage is estimated at anywhere between 10 and 25 percent. Infertility and loss may not be talked about enough, but that doesn’t make them any less pervasive. Hopefully Luyendyk understands this now.