Congratulations are in order for the parents-to-be!
ByStephanie Grassullo
Associate Editor
PublishedNov 2018 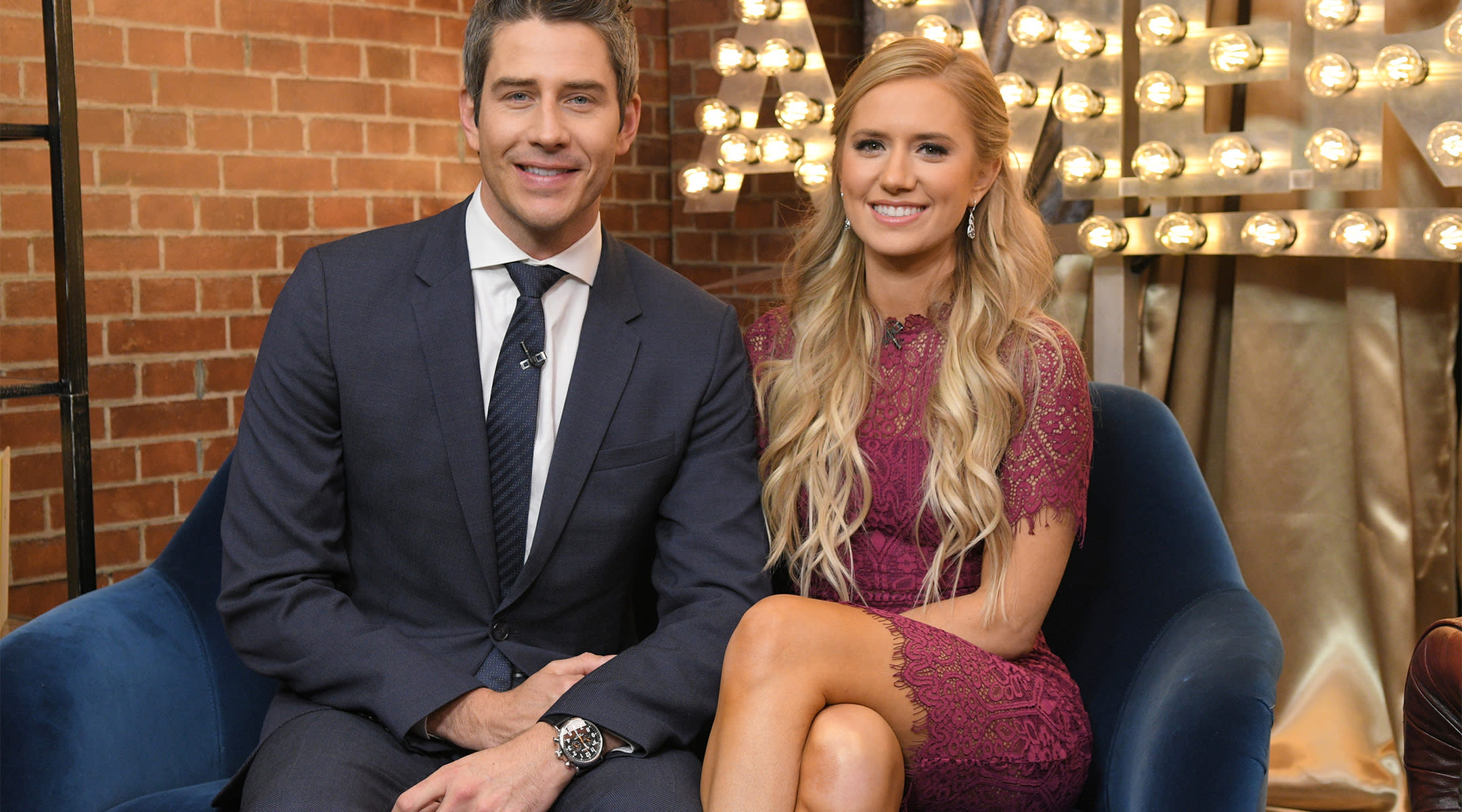 Former The Bachelor couple Arie Luyendyk Jr. and Lauren Burnham will be adding a baby to their clan, the couple exclusively revealed to Us Weekly.

“I kind of had a feeling that I might be pregnant. So my friend insisted on bringing a pregnancy test over,” Burnham tells Us. “Arie came out with the test in his hand and tears in his eyes. He was like, ‘You’re pregnant!’”

Like many mamas, the 26-year-old has had to deal with some of the not-so-fun side effects associated with pregnancy.

“October was miserable. I had really bad morning sickness and barely left the house,” she explains to Us. “But over the last week I’ve started feeling a lot better, so it’s nice to have my energy back.”

The controversial couple’s love story shocked fans during their stint on The Bachelor. After proposing to Becca Kufrin on The Bachelor’s season 22 finale, Luyendyk Jr. later called it quits. The cringe-worthy breakup was recorded and aired on live TV. Luyendyk Jr. then went on to propose to Burnham on the After the Final Rose special. The pair still plans to tie the knot in January in Hawaii.

“The first thing we thought of was, ‘Oh my gosh. Our wedding,’” the mom-to-be says. “Obviously we’re not married yet, but this is the way it happened—and this is probably the way it was meant to happen!”

Surprisingly, this isn’t the first pregnancy announcement for the pair. The 37-year-old future dad faced backlash after joking Burnham was pregnant in an April Fools’ Day prank gone wrong. Now, with a wedding and actual baby on the way, the two will have to prep their relationship for the life changes ahead. Luckily, resources like the Lasting app can help with that. The personalized app recommends areas that could use some work in a couple’s relationship, and the daily quizzes and exercises help proactively strengthen their marriage.

It’s an exciting time for Bachelor babies! In September, The Bachelor season 22 castmate Bekah Martinez shared the happy news that she too has a baby on the way.