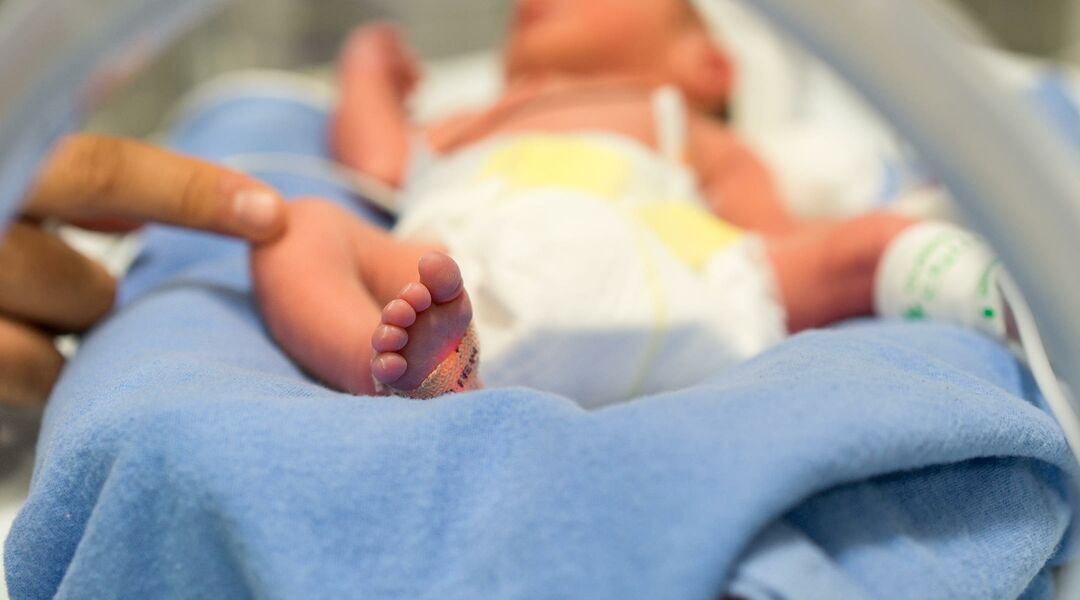 If a scary-looking lamb in a bag of fluid also made the rounds on your newsfeed last night, we can help clarify a few things. No: It’s not a scene from a sci-fi film. It’s actually an experimental device that could help extremely premature babies survive outside the womb.

Isn’t that what incubators are for? Sort of. But babies born right on the cusp of what’s considered viable, between 22 and 24 weeks, would develop more normally in a womb-like environment. So researchers at the Children’s Hospital of Philadelphia (CHOP) set out to create one, complete with artificial amniotic fluid.

Why are they experimenting on lambs? While this may be the first time you’re actually seeing it, Alan Flake, MD, the Director of the Center for Fetal Research at CHOP, says most of what we know about human fetal development is from the lamb. Doctors have been looking to lambs for the last 50 to 60 years to shed light on human fetuses, since their lung development is similar.

CHOP researcher Marcus Davey, PhD, says the idea to create an artificial womb came after a shift in thinking about how to help babies who are clearly not ready to be here yet: “Let’s not treat this as a newborn baby; let’s treat this as a fetus.”

The process began years ago, without any funding or proper equipment. The CHOP team used plumbing piping and materials from beer suppliers to fashion their prototype, which has evolved into the lamb-sustaining device that’s going viral now.

The device has two parts:

CHOP is currently in talks with the Food and Drug Administration, and says that a clinical trial in which the system is translated to human babies could be two or three years away.

Ultimately, the hope is that facilitating a more life-like environment for micropreemies will keep them developing at a normal pace, eliminating the health problems 90 percent of babies born before 24 weeks face. But researchers explain their device is neither an invention to push the limits of life nor a tool for preemies who aren’t in critical condition.

“It is a hugely important point that we do not intend to challenge the currently accepted standard for a viable infant,” Emily Partidge, MD, PhD, says. “The challenging age that we’re trying to offset is that 23- to 24-week baby who is faced with such a challenge of adapting to life outside the uterus on dry land. Our intention would not be to support them on our system until they were a chubby, 40-week gestation babe; the idea is to bridge the rough patch when they’re really struggling and carry them through to a point where they can do okay.”