“Don’t feel guilty. The biggest thing for me was just having a great experience feeding. That's the most important, no matter how it is.”
facebook
twitter
copy link
email
save
ByNehal Aggarwal
Associate Editor
Updated October 6, 2021

Actress Ashley Tisdale and her husband, musician Christopher French, welcomed their daughter Jupiter Iris French a little over six months ago in March 2021. Since then, the new parents have been enjoying their bundle of joy, watching Jupiter grow and celebrating her milestones—but it hasn’t all been easy. In recent weeks, Tisdale has opened up about how challenging the postpartum and breastfeeding periods were for her—and believes new moms need to stop feeling guilty about their journeys.

“I had difficulty breastfeeding, so that didn’t really work out,” Tisdale tells The Bump, whose app she used throughout her pregnancy. She adds that she felt grateful there were plenty of other options out there, including her preferred formula of choice, Enfamil Enspire, which she has now partnered with. “She’s on Enfamil’s Enspire, and it’s the closest formula to breastmilk. She gets all of her nutrients and everything she needs for development,” she explains. “There’s definitely those moments we’re like, ‘What am I going to do?’ But then you’re like, ‘Okay, I’ve got this.’ … I feel like we’ve kind of already found a little bit of our footing, but I’m sure things will change again.” 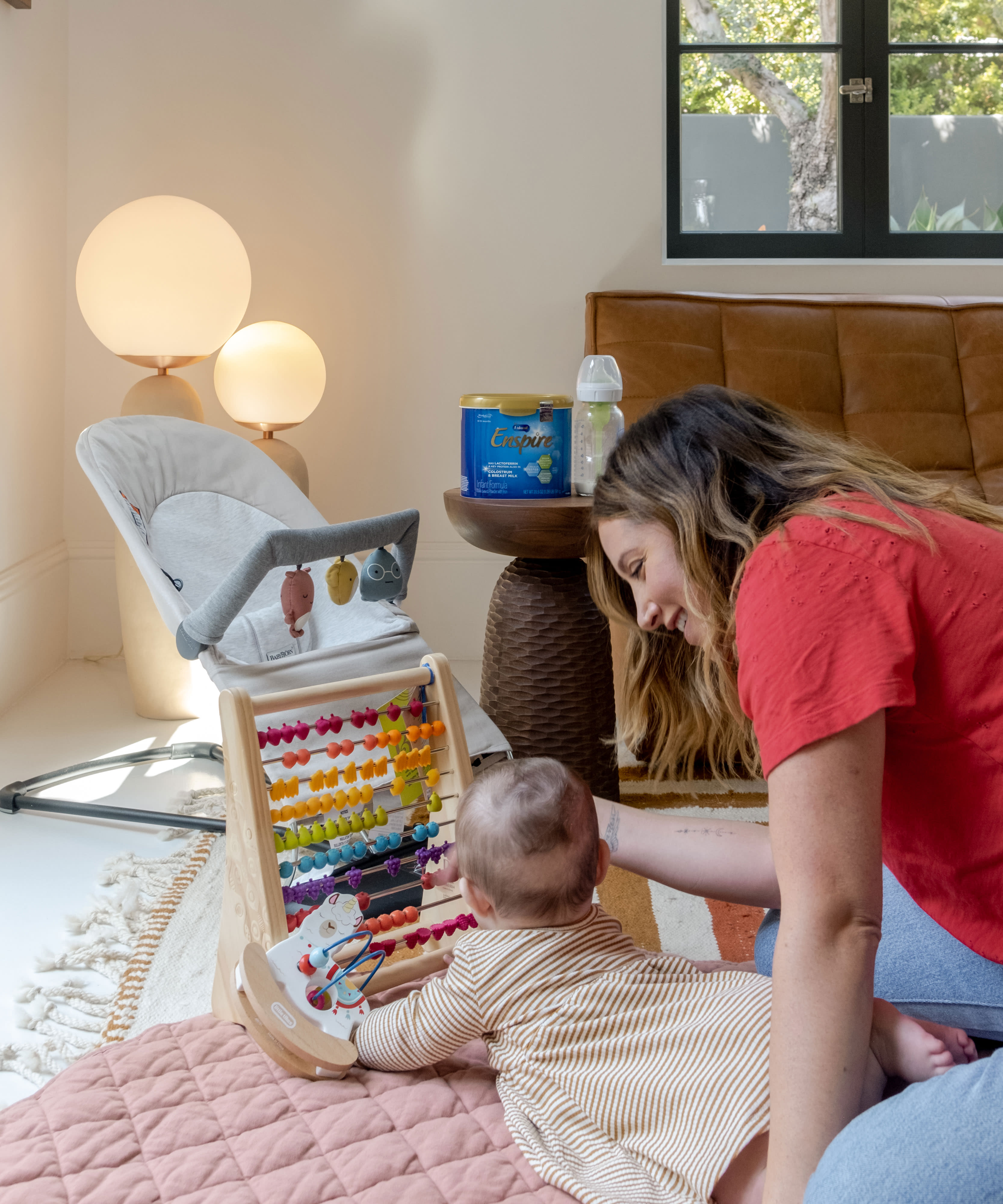 The new mom places a heavy emphasis on being present for her daughter and feels that sometimes moms “can get in their own way” due to expectations they have. She explains that Jupiter wasn’t latching from the start, and it was a frustrating and stressful experience for both. She says she couldn’t figure out why they couldn’t accomplish this seemingly “easy” task. “I just felt like we were striving versus thriving,” she says. “At that moment, I was like, “Why am I doing this? Is it because I think this is the best option? Because there are other great options out there.”

Tisdale and Jupiter have found a great feeding journey through Enfamil Enspire, which provides Jupiter with all the nutrients she needs for development. Tisdale, who believes all moms should be able to access quality care, also supports Better Starts for All, a program—created by Reckitt’s Enfa, which houses brands Enfamil, Enfagrow and Enfinitas, along with March of Dimes—that provides maternal care programs to moms and babies who have limited or no access to them.

The mother and daughter’s feeding journey also recently hit another milestone: starting solids. Tisdale did a lot of research beforehand because she wanted to better understand Jupiter’s journey and be prepared, including taking a class in starting solids to better understand how it would impact development. “We know that it’s really about them practicing versus getting their nutrients. She still gets all of her nutrients from Enfamil. But it’s funny because my Mom—I mean obviously she had us a long time ago—but she didn’t even know that….They’re just starting. They’re just really practicing until they get to a year,” Tisdale shares. “Knowledge is power. So I try to do a lot of research on things before starting.”

So what are some of Jupiter’s favorite foods so far? She loves avocados and bananas and peaches, but isn’t as big a fan of sweet potatoes. While Jupiter may just be getting used to solid food, the new parents had a feeling she would love it—and they’ve certainly been enjoying her reactions. “I knew she was going to love food because she’s been watching us eat for a while now, and, I’m not kidding you, she licks her lips,” Tisdale jokes, adding that Jupiter knows exactly what to do with a spoon and feeds herself. “She’s just very observant. And so I think that’s why she just knew how to use it so quickly because she just watches us eat…And the best pictures have come out of any time she tried something new.”

Tisdale’s advice to new moms who may be struggling? Be present and know when something is just not working—and accept that it’s okay. Tisdale found her DMs full of women who thanked her for sharing her difficult feeding journey. “Don’t feel guilty,” she tells new moms. “The biggest thing for me was just having a great experience feeding. That’s the most important, no matter how it is.”

Her other big tip for new moms? Don’t compare! “I think comparisons are always the worst thing for you. It’s like your friends are always going to make it seem easier, better. They got everything together—and I think just now everyone is going through the same thing…We all have those moments of being like, ‘Am I doing this right? Am I?,’ she adds. “You’re just trying to figure it all out, and I think that it’s important to remind yourself that you’re doing a great job. This is all new, and you’re not supposed to have it down…give yourself patience and love through it all.”