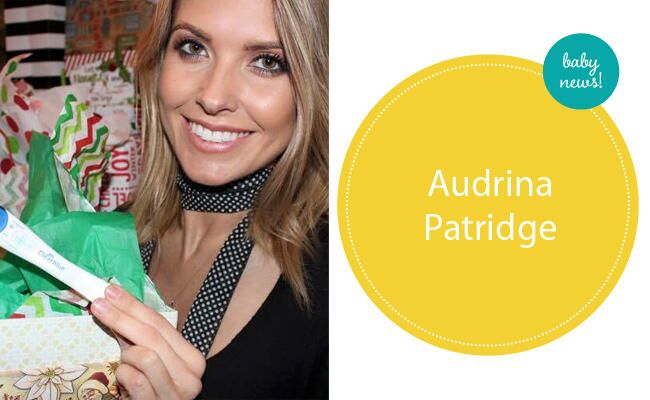 The Hills are alive with baby fever!

The perk of a positive pregnancy test during the holidays? A baby announcement totally doubles as a Christmas present. At least that’s what Patridge is telling her fiancé, Corey Bohan.

“It has been incredibly difficult keeping my mouth shut on this one because all I’ve wanted to do is shout it from the rooftops! But, now that my doctor has given me the OK, it is safe to announce that…. I’m PREGGERS!,” she writes on her blog. “You guys don’t even understand how hard this was to keep a secret, but my family and close friends did a good job of hiding the news, which made it a little bit easier.”

Patridge, who currently hosts NBC’s late night travel show _1st Look, _admits she couldn’t even keep her pregnancy a secret from friends and family immediately after she saw the plus sign.

“The difficult thing was that we were going to a dinner party, and I knew I had to keep it a secret, so I told everyone I was on a detox cleanse to cover my lack of alcohol consumption,” she writes. “With the combination of my poor lying skills and Corey’s perma-smile, we were given ‘the look’ over and over again by our friends and family, so it’s safe to say the secret was not a secret much longer!”

As for the baby’s gender? Patridge might just leave that one unwritten.

"As far as finding out the sex of the baby…we just want it to be healthy, she says. “Girl or boy, we will be ecstatic either way!”