Babies Can Recognize Faces Before They're Even Born, Study Finds 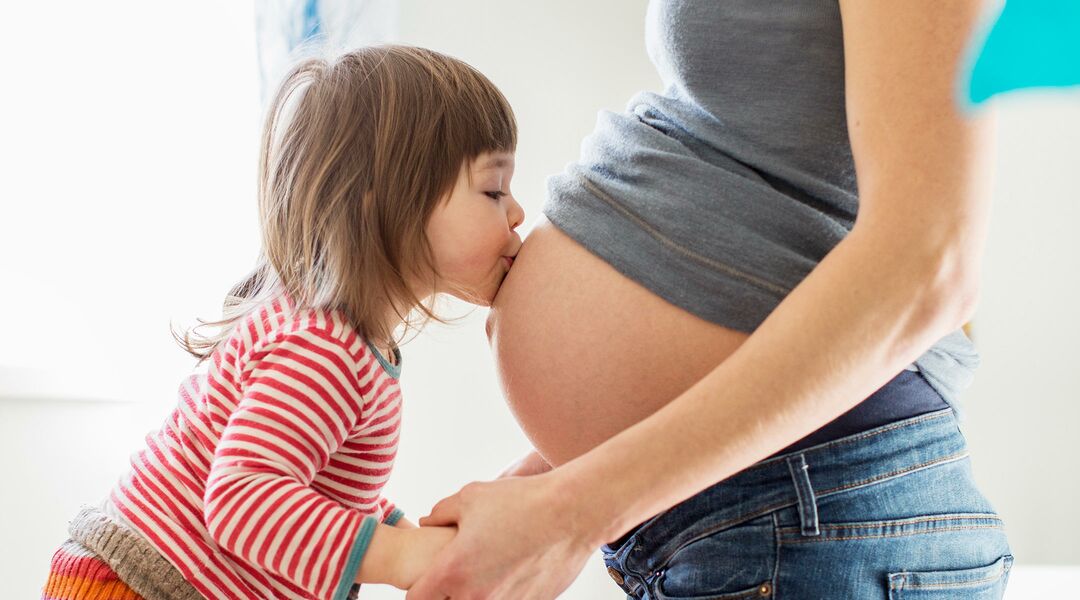 Maybe you and your partner have been talking to baby throughout your pregnancy. But have you been logging any face time? A new study says it may be worth your while; fetuses in the third trimester can actually recognize face-like shapes in utero.

According to researchers from Lancaster University, by 34 weeks, fetuses show a preference for shapes or patterns resembling a face—and will even turn their heads towards it and continue to track it. But researchers weren’t actually putting their faces to pregnant women’s bellies to come to this conclusion.

The team projected a light pattern of three dots through the uterine wall—mimicking the shape of two eyes and a mouth—and monitored the fetus’s response via ultrasound. Accounting for the fact babies might be excited by any visual stimuli, researchers flipped the pattern upside down to see if they responded in a similar way.

To researchers, this proved that the facial pattern—not the light show—catches the attention of a fetus.

The most interesting part? This behavior is similar to that of a newborn, indicating the habit baby has of gazing at mom or dad’s face is actually learned in utero.

This is the first study examining visual development in the womb. And it comes on the heels of another major learning in visual development. Last month, researchers at the University of Sussex determined newborns can see some color, and babies 4 to 6 months old already have the ability to differentiate between colors.

For the Lancaster University team, this new information is just the beginning for learning what differentiates a fetus from a newborn.

“Newborns can discriminate numbers and quantities. Does the fetus in the third trimester also have these capacities?” says lead researcher Vincent Reid. “Exploring the transition from fetus to infant is also a very exciting possibility.”