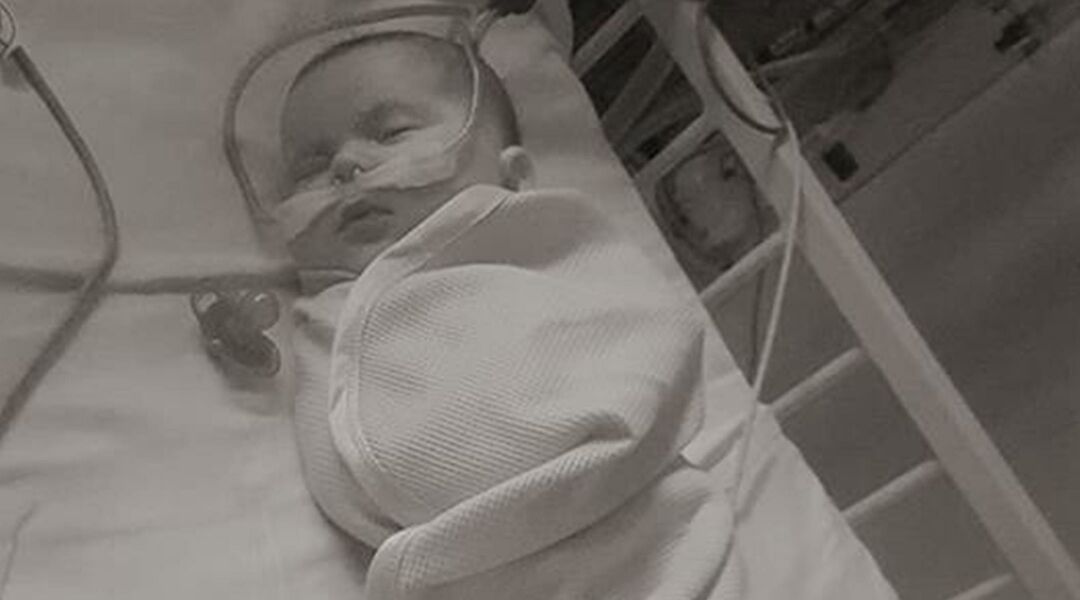 We’re in the throes of winter and all the holidays it brings, but for those families living in four-season climates bundling up in their season’s best, it means something else—someone is bound to get sick. And though we try our hardest to keep ourselves and our children healthy, sometimes a case of the sniffles makes its way through the household. For these parents, however, what they thought was the common cold turned out to be far more dangerous, and they’re urging all parents to not take seemingly benign illnesses at face value.

Beth Foster, a mom of a six-week-old infant who lives in the UK, posted a heartfelt plea to all parents on the Facebook group page Love What Matters after a traumatic respiratory emergency nearly took her daughter Myah’s life.

The photo shows little Myah bundled up and connected to a breathing tube, as Foster writes: “Parents with a baby/small children: Please be aware of bronchiolitis this winter; it’s so easily missed—and so bloody dangerous! It starts with just a simple cough and cold, but, can turn to so much more—within hours.”

The condition which Foster describes, bronchiolitis, is indeed not only a potentially dangerous viral illness notoriously common in young infants, but it also alarmingly masquerades as the less-worrisome common cold. The Mayo Clinic describes bronchiolitis as “a common lung infection in young children and infants” that “causes inflammation and congestion in the small airways (bronchioles) of the lung”. It’s almost always caused by a virus, and the peak time for the condition to appear is during the winter months.

As for symptoms, “Bronchiolitis starts out with symptoms similar to those of a common cold but then progresses to coughing, wheezing and sometimes difficulty breathing,” with medical attention recommended if “his or her breathing becomes more rapid or labored.” For Foster, her newborn’s condition rapidly worsened: "Myah was using muscles in her tummy to help her to breathe, that she shouldn’t even be using to breathe. I’ve never seen a baby’s tummy pumping so fast, fighting for the breaths…”

The New England Journal of Medicine estimates that twenty percent of newborns in the United States are affected by bronchiolitis, so Foster’s request to parents doesn’t seem like a far-fetched one. Her post since has received thousands of reactions, with several moms sharing their own stories of their infants’ brushes with the illness and how for them, too, it went undetected.

She ends her post by imploring, “Even if your baby has a slight cough or cold, just get checked out. Please spread awareness, as before all this, we didn’t even know what bronchiolitis was. Feel free to share.”